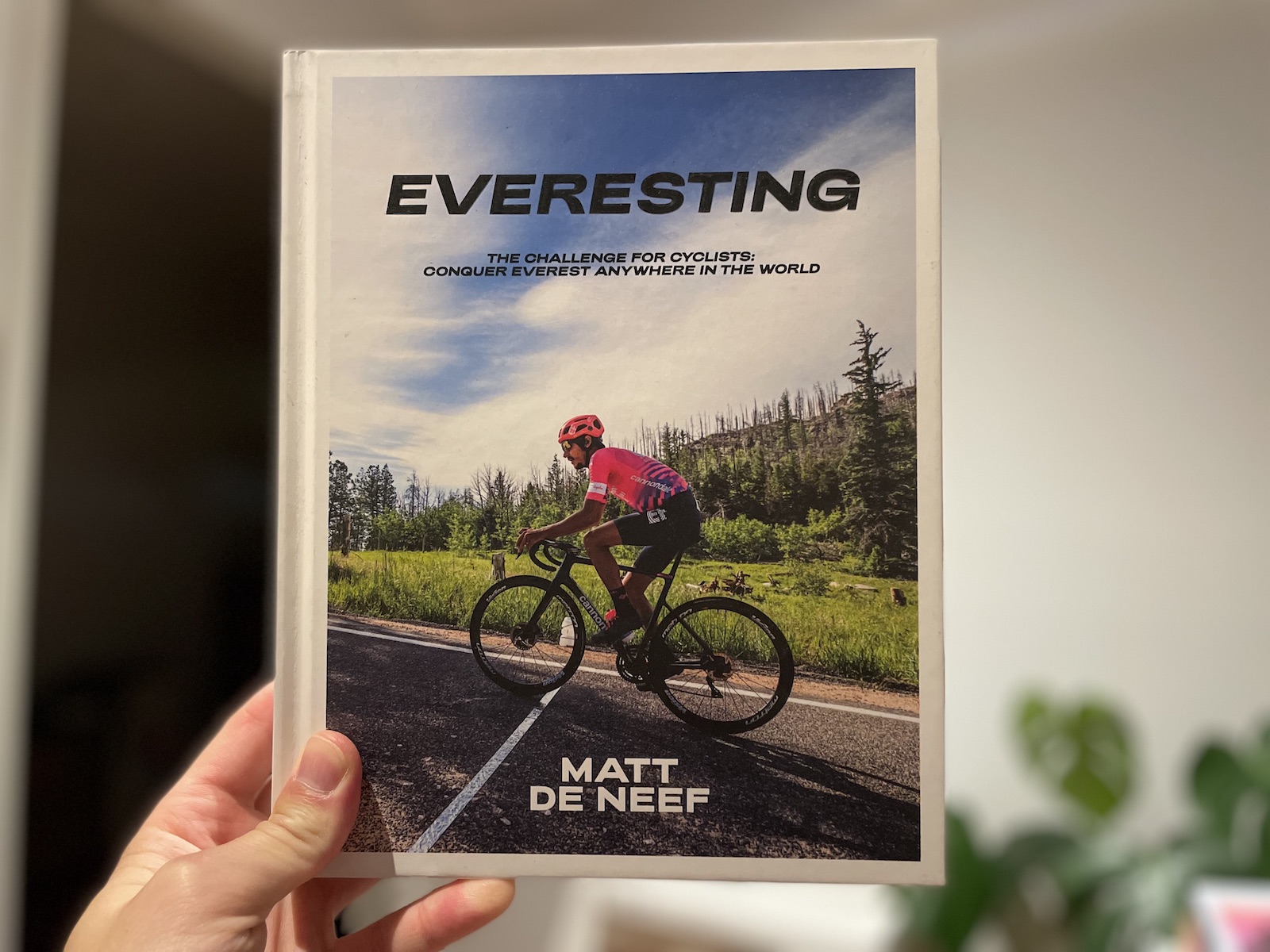 In September 2021 I published my first book: ‘Everesting: The Challenge for Cyclists: Conquer Everest Anywhere in the World’. Published by Hardie Grant Books, this hardcover explores the amazing challenge that is Everesting, how the phenomenon grew, and what it takes to complete one.

If you haven’t picked a copy already and you’d like to, you can do so in all good book shops (Readings is my recommendation). You can also follow the link below to buy a copy online.

One of the downsides of writing a book about an ever-evolving challenge is that, at some point, parts of the text will be rendered out-of date. In order to combat that, I’ve put together a list of noteworthy changes or updates to the text that you should be aware of after you’ve read ‘Everesting’.

And I would recommend looking at this list after reading ‘Everesting’. Think of it as a post-script of sorts.

Here’s what you should know, with page references so you know which parts of the book these updates are relevant to:

April 10, 2021 – German rider Frederik Böna sets what is believed to be the fastest Double Everesting on record. Böna climbed 17,809 metres in 23 hours and 26 minutes with 20 laps of the Kandel climb near Waldkirch, south-west Germany.

May 13, 2021 – Danish runner Simon Grimstrup beats Schulze’s record for the fastest-ever non-shuttled Everesting on foot. With 202 laps up the Duedal climb near Ry in central Denmark, Grimstrup reached the height of Everest in 10 hours 45 minutes 14 seconds, another 16 minutes faster than Schulze. (Page 182)

May 20, 2021 – Rik Goris and Kevin Eulaerts complete what is believed to be the first (and so far only) unshuttled Triple Everesting on foot. On the Montagne de Bueren in Liège, Belgium the pair covered 180 km in 82 hours and 16 minutes, climbing more than 26,800 metres in the process. In June 2020, Goris and Alexander De Wulf became the first to complete an unshuttled on-foot Double Everesting, on the same set of stairs. (Page 218)

August 7, 2021 – At just 10 and a half years old, Australia boy Jett Stokes became the youngest person to complete a vEveresting. Stokes completed eight and a half laps of the Alpe du Zwift climb on Zwift to reach 8,848 metres in around 15 hours and 21 minutes. The previous record belonged to Cian Connolly who completed a vEveresting when he was 11. (Page 200)

November 13, 2021 – Arend VandenBroucke set a new record for the steepest and shortest Everesting on the Sierra Helada climb near Benidorm, Spain (330 metres at 24.3%!) In total Arend rode 108 laps of the climb to knock off an Everesting in 71 km – a new world record. Arend’s record eclipsed the previous mark set by Dan Wallace in South Australia in September 2016. (Page 196)

March 6, 2022 – British rider Nima Javaheri set a new Everesting elevation record by amassing a staggering 38,703m on the La Croisette climb in France – well over four times the height of Mt. Everest. You can find a video from the ride here. (Page 228)

Is there an update you think I should add to this list? Let me know via email.

Here’s where ‘Everesting’ has been covered since its release: