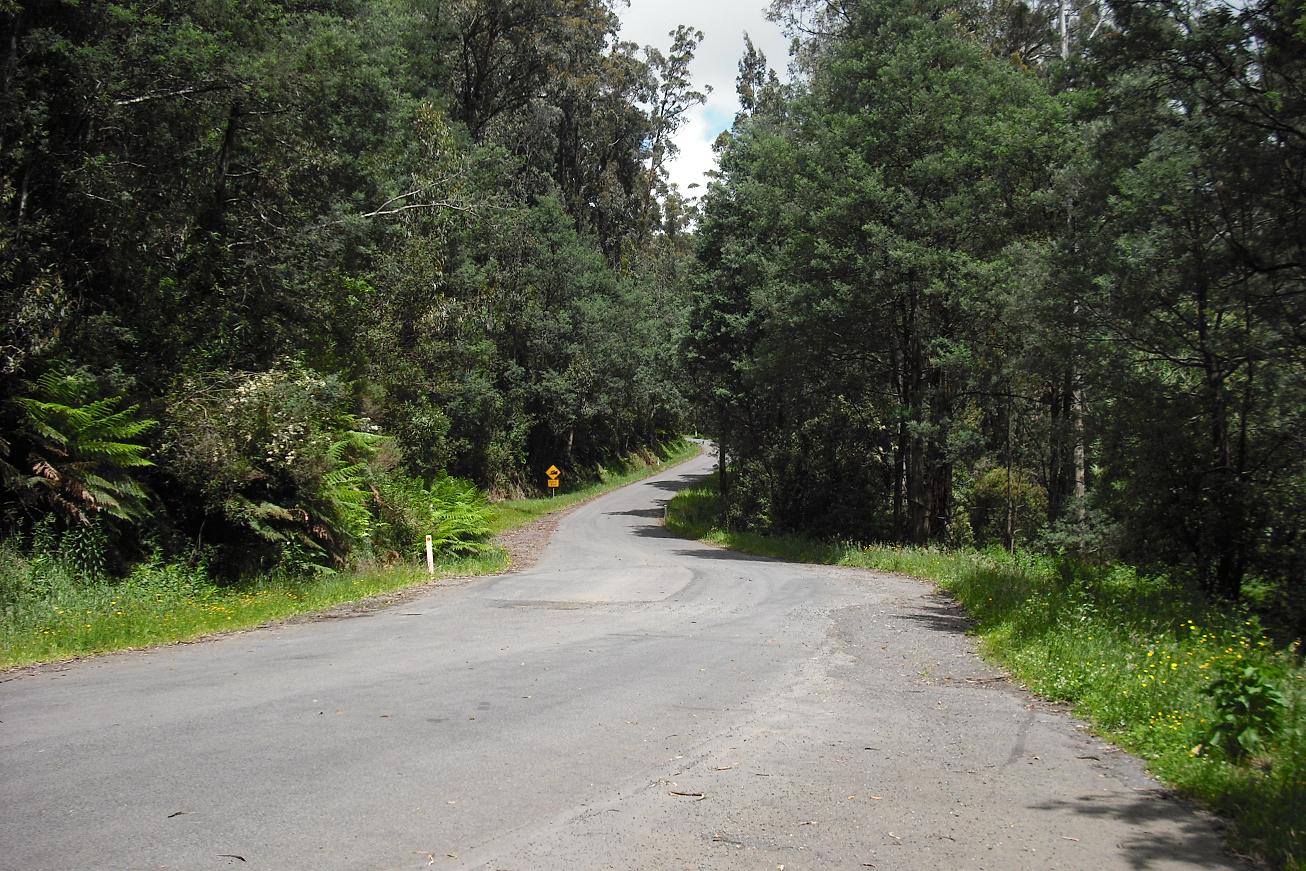 There’s a great cliche in sporting circles that reads something like ‘it’s a game of two halves’. While this cliche isn’t as relevant to the world of cycling, it was certainly true of my cycling experience this weekend.

On Saturday morning I made the long trek out east to the township of Icy Creek. I was out that way for a number of reasons, the first of which was a visit to Lawrie Zion’s farm. In typically-generous style, Lawrie gave me a guided tour of his impressive property and cooked a sublime lunch that featured more than a few veges from the farm. 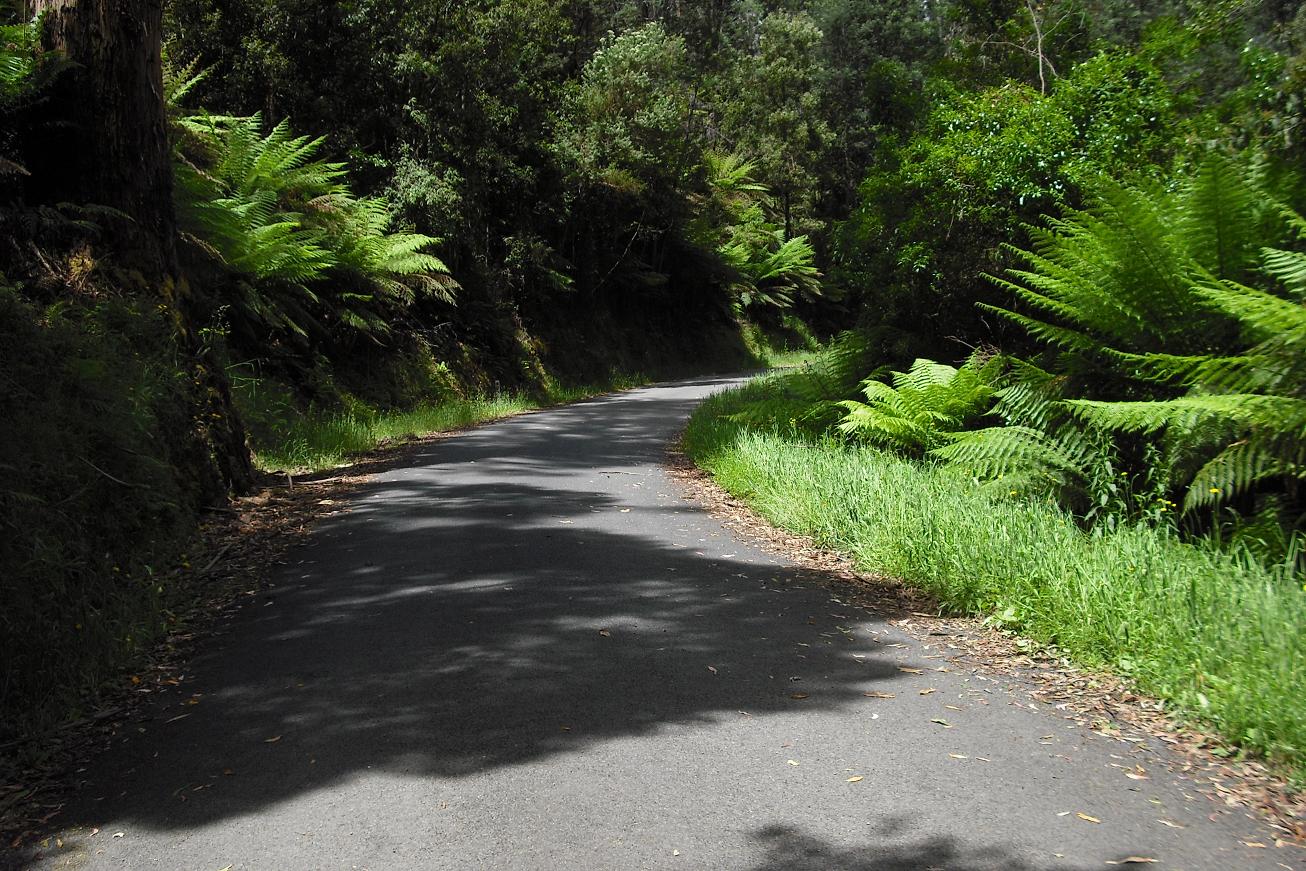 After lunch it was time to visit what is arguably Victoria’s most challenging cycling climb – Mt. Baw Baw. My mission was two-fold – take photos and notes for The Climbing Cyclist and, while I was in the area, attempt another climb of the beast.

This second plan was an extremely naive one and it would result in the first time I’ve ever attempted a climb that I wasn’t able to finish. The reasons where numerous; my warm-up consisted of rolling down the 3km hill from Tanjil Bren to the base, I was extremely full from an amazing lunch, I was running short of time and wanted to document the climb before dark, I’m not nearly as fit as I was last time I attemped this hellish climb and, perhaps, the lure of reaching the summit wasn’t enough to overcome the pain, given that it wouldn’t have been the first time I’d completed this climb. 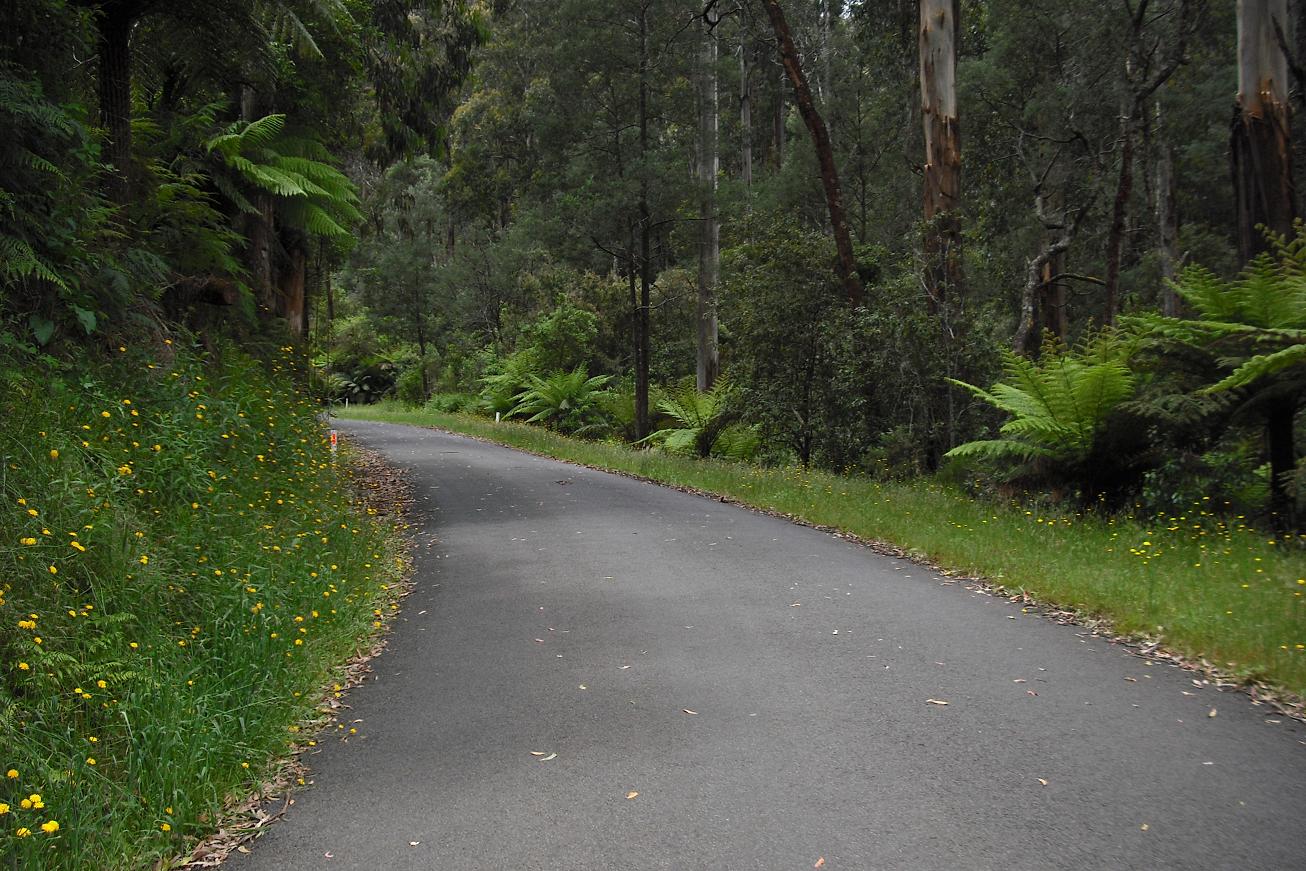 As mentioned, I rolled down the hill from Tanjil Bren to the river crossing where the ‘climb’ starts. I say ‘climb’ because while these initial ~5km are at around 5%, it pales into insignificance to what you are presented with when you reach The Gantry. To give you some idea of how stupid an idea this was, the lack of warm-up meant I was actually struggling on the initial 5km – not an ideal feeling when you can see the road disappearing at 13% ahead of you.

I managed to get through the first two-or-so kilometres of leg-busting climbing but after I almost lost my lunch and I was feeling quite dizzy, I decided it was probably smarter to head back down the hill. For those familiar with the climb, I got past Winch Corner before calling it a day. 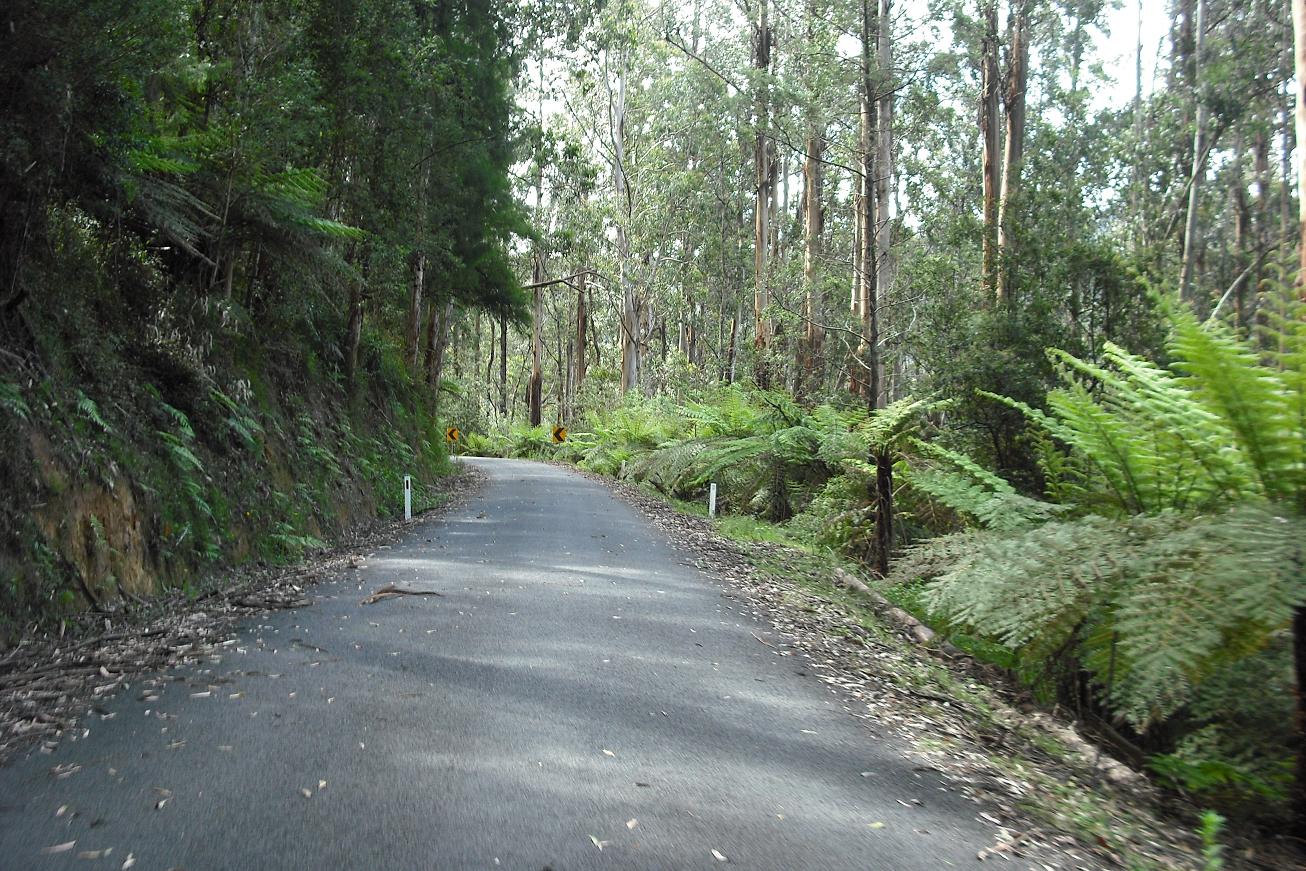 Disappointed, I rolled back down the hill and then up the 3km climb back to Tanjil Bren. It certainly wasn’t the most positive cycling experience I’ve ever had and the feeling of not being able to finish a climb is not what I’m used to. Sure, I’ve never seen myself as anything more than a hack recreational cyclist but, given that I’d finished the climb in the past, I thought I’d be chance again this time.

After getting back to the car I grabbed the ol’ digital SLR and headed back to the beast to grab some photos and notes. I’ve deliberately avoided talking too much about the climb here in the hope that you’ll all return and read the write-up when it’s done. *wink* 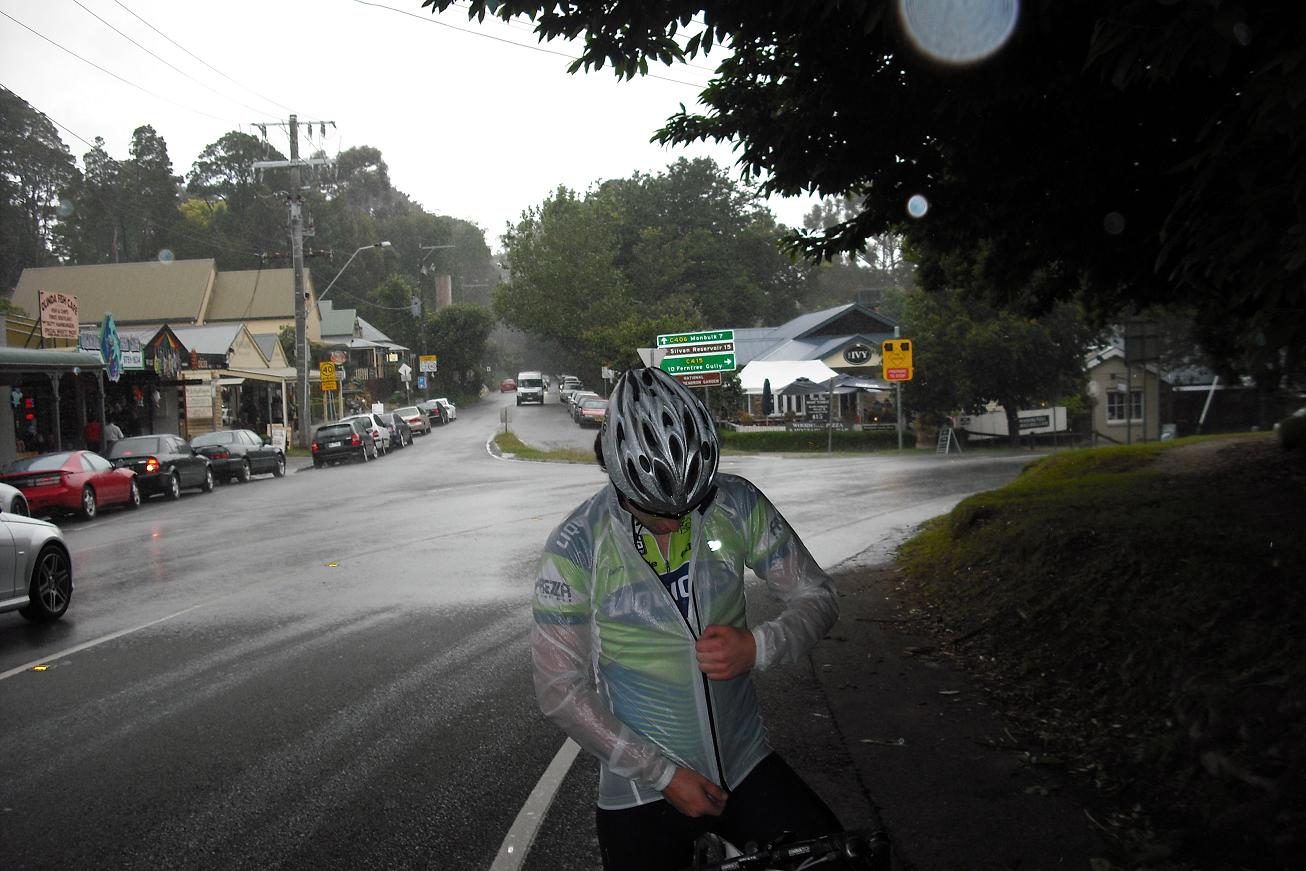 By contrast, today’s ride couldn’t have been more satisfying. I met Brendan in Croydon and we parked the cars in some random side street and after getting kitted up we rolled up Mt. Dandenong Road toward Montrose for a terrific hills sesh.

From Montrose we took a right onto the Mt. Dandenong Tourist Road and cruised up to Five Ways where we decided to take the steep option and head up Ridge Road. Unlike most of our climbing efforts in the Dandenongs, we didn’t head straight to Sky High but instead followed Ridge Road until it met the Tourist Road again. After climbing up to Olinda we headed down The Wall in what was starting to become increasingly-heavy rain. 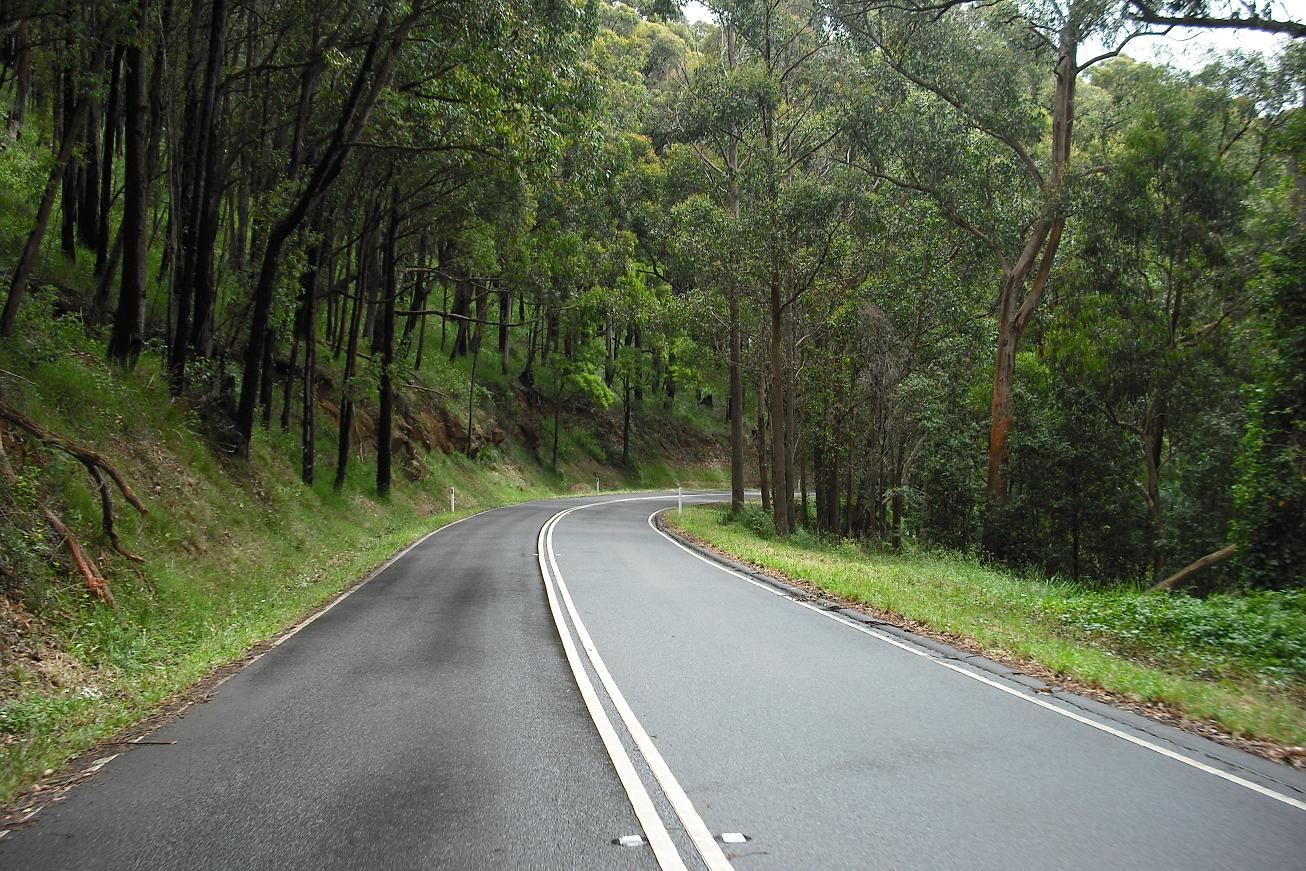 We made it to Monbulk in one piece and then turned around, straight back up the hill. The Wall is one of those climbs that you get a few kays into and you think ‘yeah, I’m smashing it today!’ before you hit the steep parts and any pretentions of strength and fitness quickly disappear. Normally, two climbs in the ‘Nongs would suffice but we weren’t finished, deciding instead to visit the famous 1 in 20.

We rolled down to Sassafras and then down to The Basin, remarking that it was weird riding down The 1 in 20 – normally we would climb it then progress to another climb. It was also refreshing climbing this road without feeling like we had to push for a PB. Instead, we took it pretty easy to Sassafras and then continued the leisurely pace up to Olinda and, finally, up to Sky High. 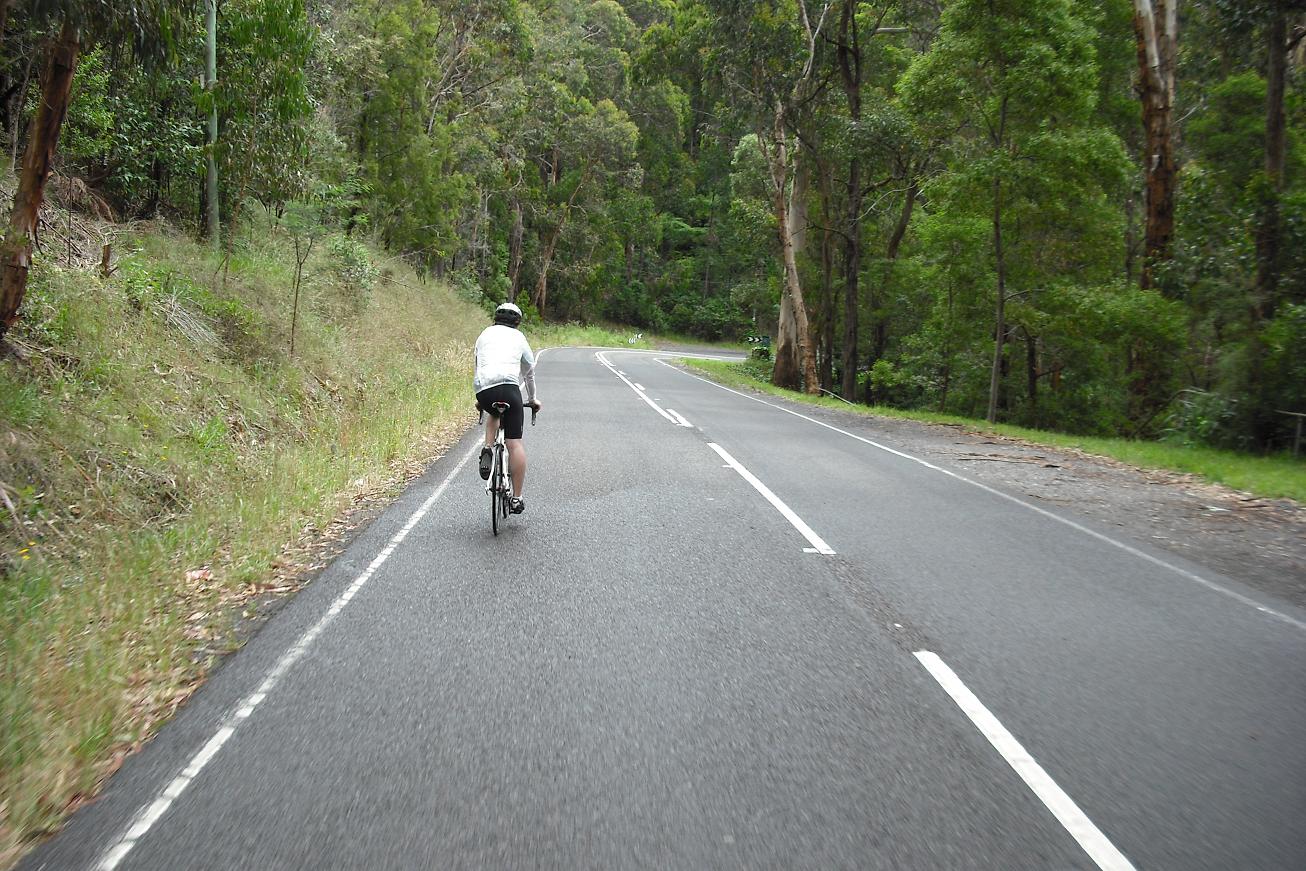 I’m normally a fan of the ol’ Sky High but waiting 25 minutes for a bowl of wedges seemed a little ridiculous. After filling up on the almost-worth-the-wait carbohydrates, we rolled back down to Montrose and then back to Croydon.

After the disappointment of yesterday’s failed Baw Baw attempt it was a relief to get a good day’s climbing in. For Brendan, it was just another day at the office, tapping out awesome tempos up the climbs and flying into the distance on the descents. It was a day that could have been pretty miserable with all the rain that was about, but with good company and great climbs, it was a marvellous day in the saddle.

It’s a little scary to think that it’s only three months until 3 Peaks hits us with its merciless fury but the training is heading in the right direction. I’m planning on heading up to Bright early in the new year so if anyone is interested in a ride up that way, hit me up. 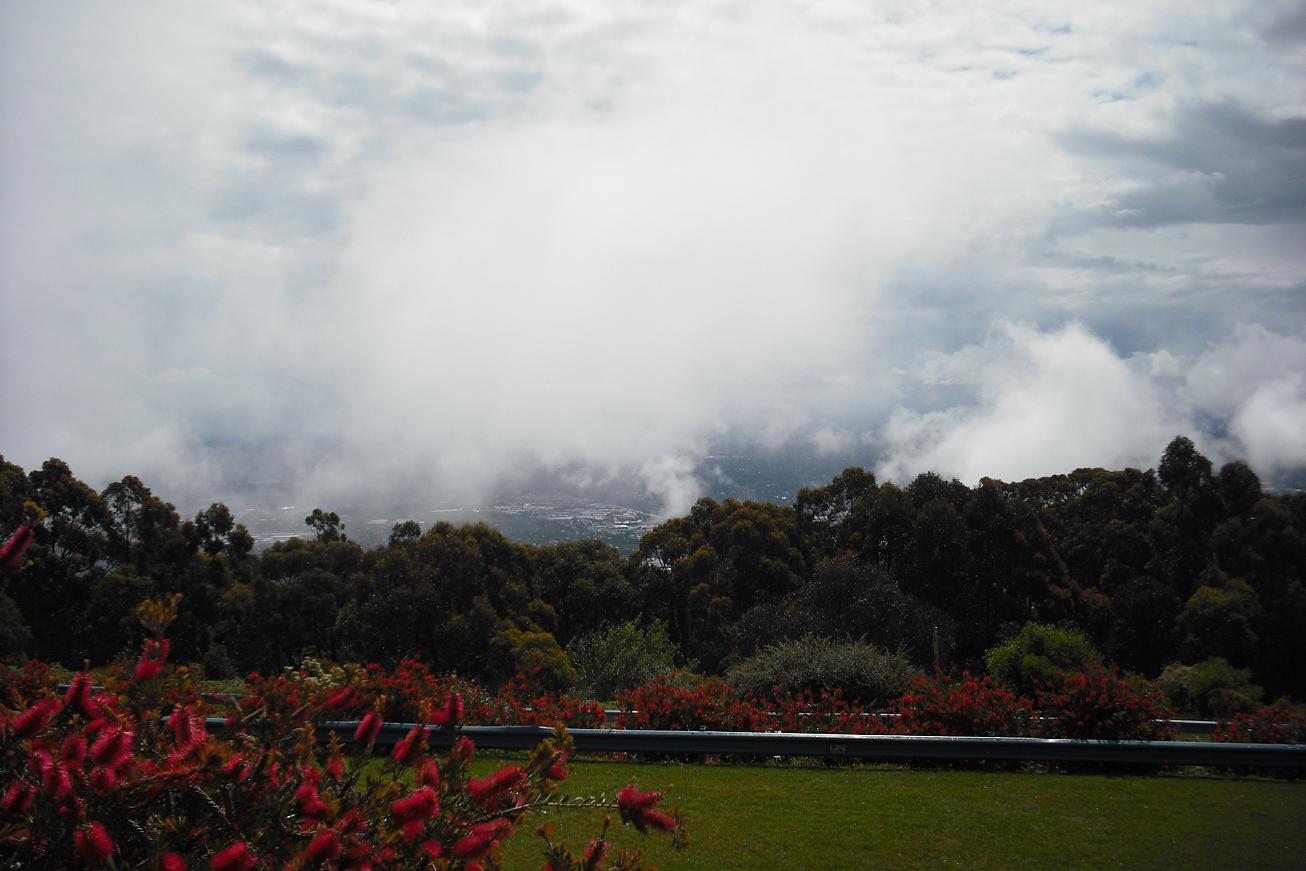 Thanks to all of you that have been following the training journey so far – there will be plenty more in the following weeks. Thanks too to Bicycle Victoria and Andrew Hamilton for linking to the site – it’s great to see that people are enjoying these write-ups!

If you haven’t already joined The Climbing Cyclist community over at Facebook or Twitter, you should! Just follow the cool icons in the top-left corner of the page and you’re golden. Also, if you liked any of the photos from this weekend’s rides, there are more available over at our Facebook page.

Until next time, thanks for reading and we’ll be in touch.

2 Replies to “Episode 7: Of mistakes and making amends”