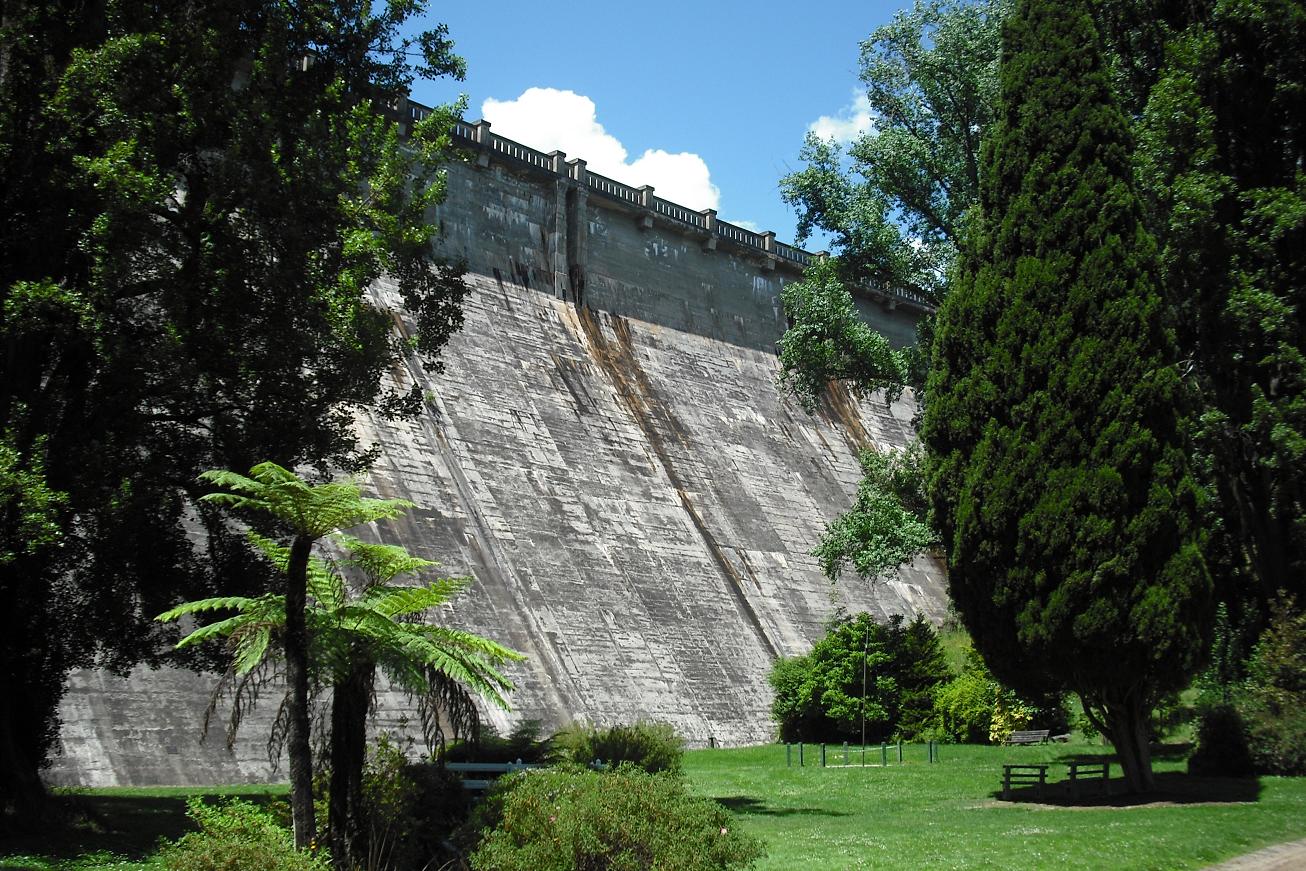 After missing out on a ride last weekend I was keen to get a couple in this weekend. After heading out to the Dandenongs on Saturday afternoon to profile another climb for the site, I drove to Yarra Glen and jumped on the bike. I was headed for Maroondah Reservoir, one of the dams that contributes to Melbourne’s water supply. When I was a young ‘un we’d often head out there for family barbecues and it had been years since I’d visited. But now, with the catchment 100% full for the first time in many years, I was keen to head out there again. 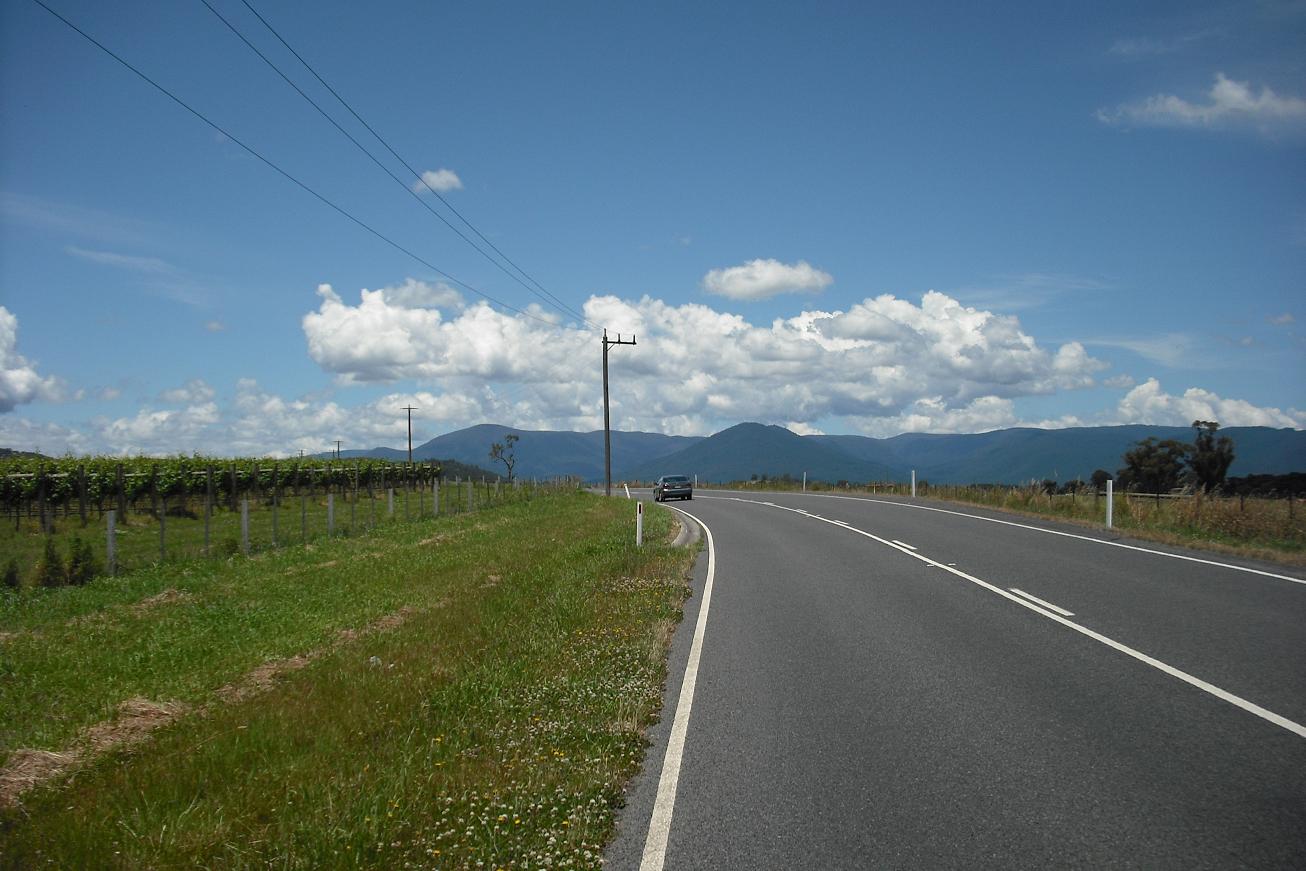 The ride from Yarra Glen to Healesville is quite an interesting one. On one hand it’s extremely picturesque with its vineyards and lovely views out to Mt. Donna Buang but on the other hand, the speed limit of 100km/h along there means that it can get a little hairy at times. It’s also quite an undulating 12km and in the 30 degree heat, I was feeling the pinch. 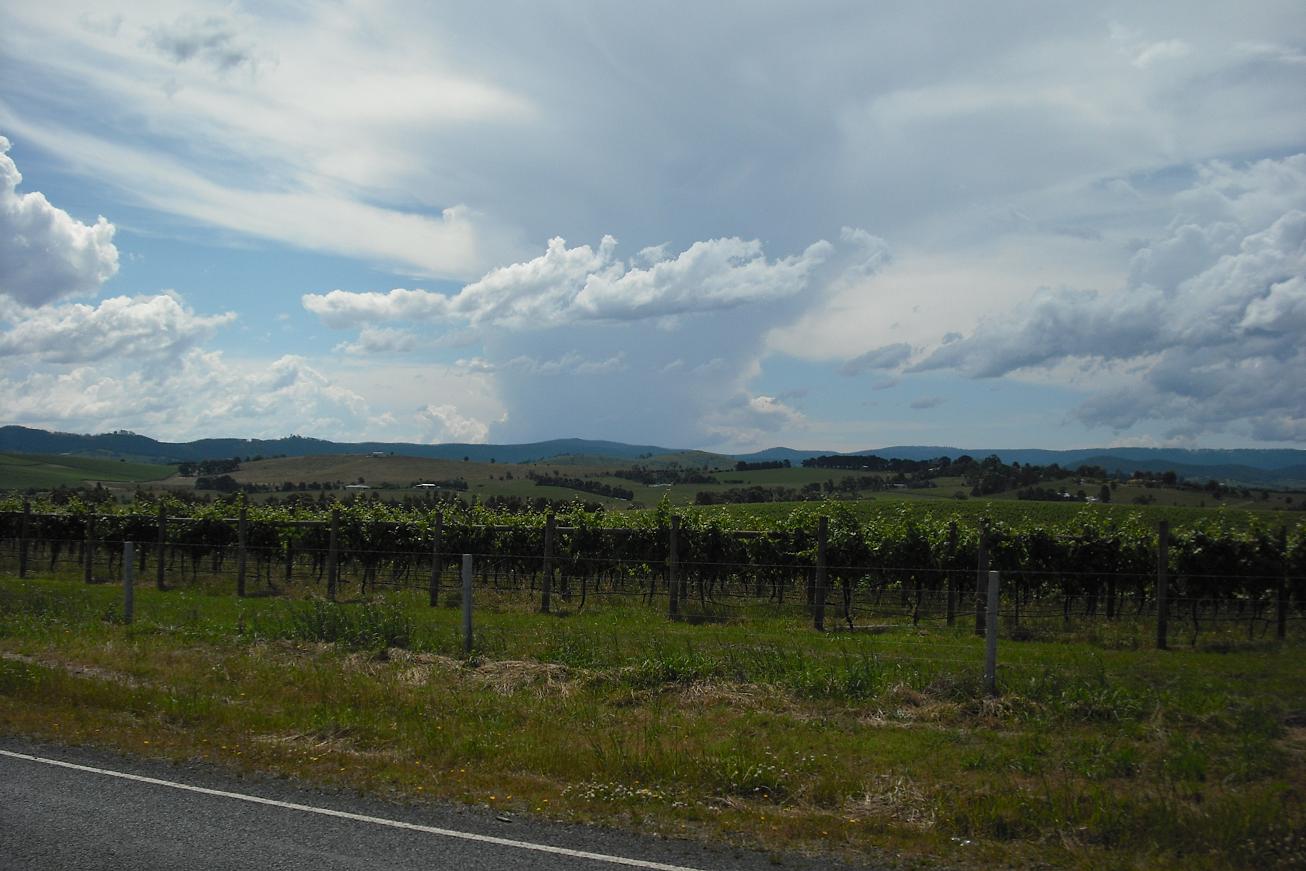 Once I got to Healesville I knew I only had a few kilometres left to go but I didn’t count on the relatively-steep climb that comes once you get to the far side of Healesville. It’s nothing overly long or painfully steep but in the first heat of summer, when I wasn’t really acclimatised, it took its toll.

When I got to the Reservoir I was immediately greeted with the sound of water pouring down the spillway into the nearby creek and I headed in that direction. The cool water splashing off the rocks made it significantly cooler at the base of the waterfall than out in the sun and so I took a moment to cool down and enjoy the lovely surroundings. 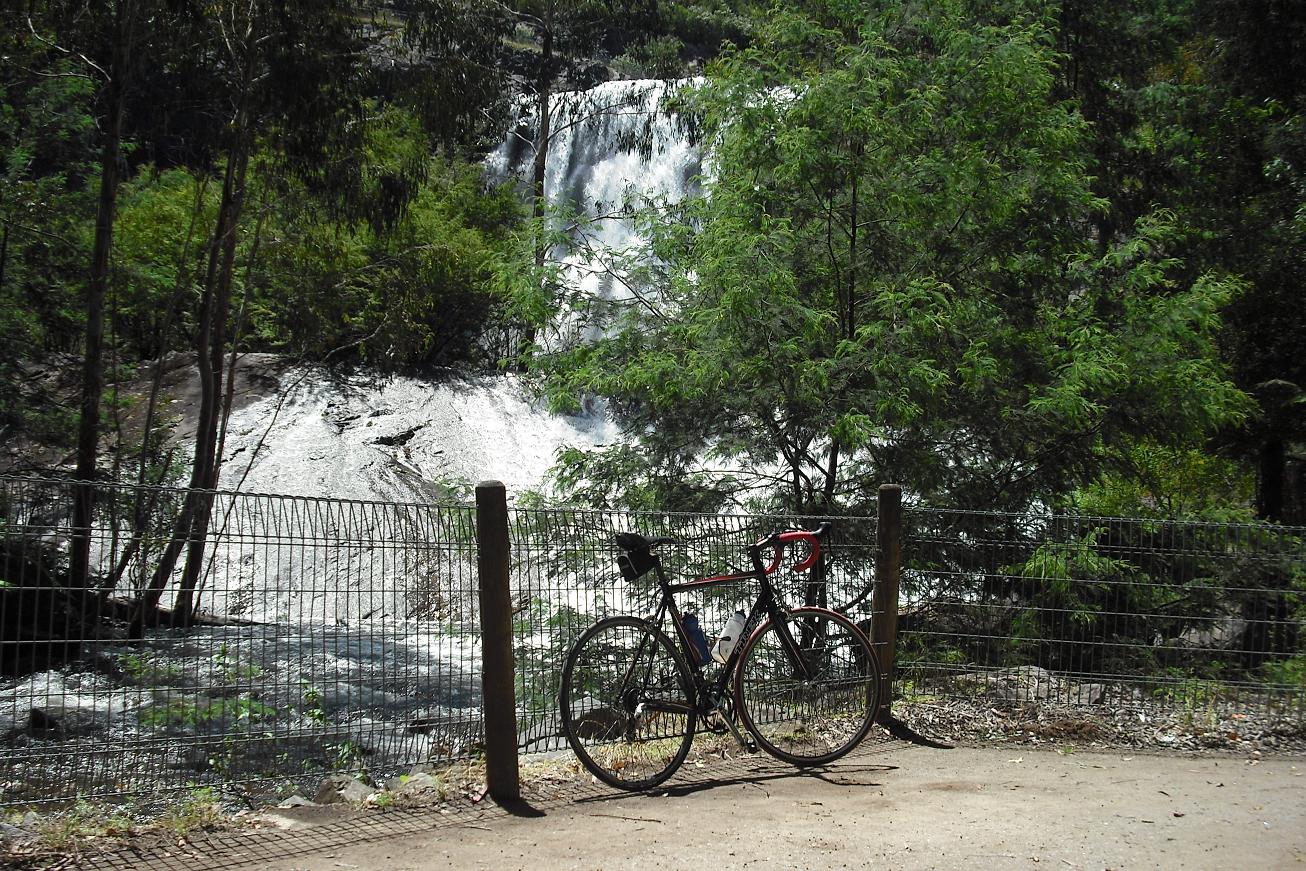 After a short rest I rode up the steep path to the dam wall, across the wall and up to the lookout high above the reservoir. In a moment of spectacular grace I managed to fall off as I made my way up to the lookout. Turning a sharp corner at a gradient of 10% and on a very narrow path was slightly ambitious and before I knew it I was falling unceremoniously into the scrub. What should have been a fairly innocuous fall was made slightly more serious by the fact that my ribs landed on a protruding rock. A day and a bit later it still hurts to twist, laugh or cough. 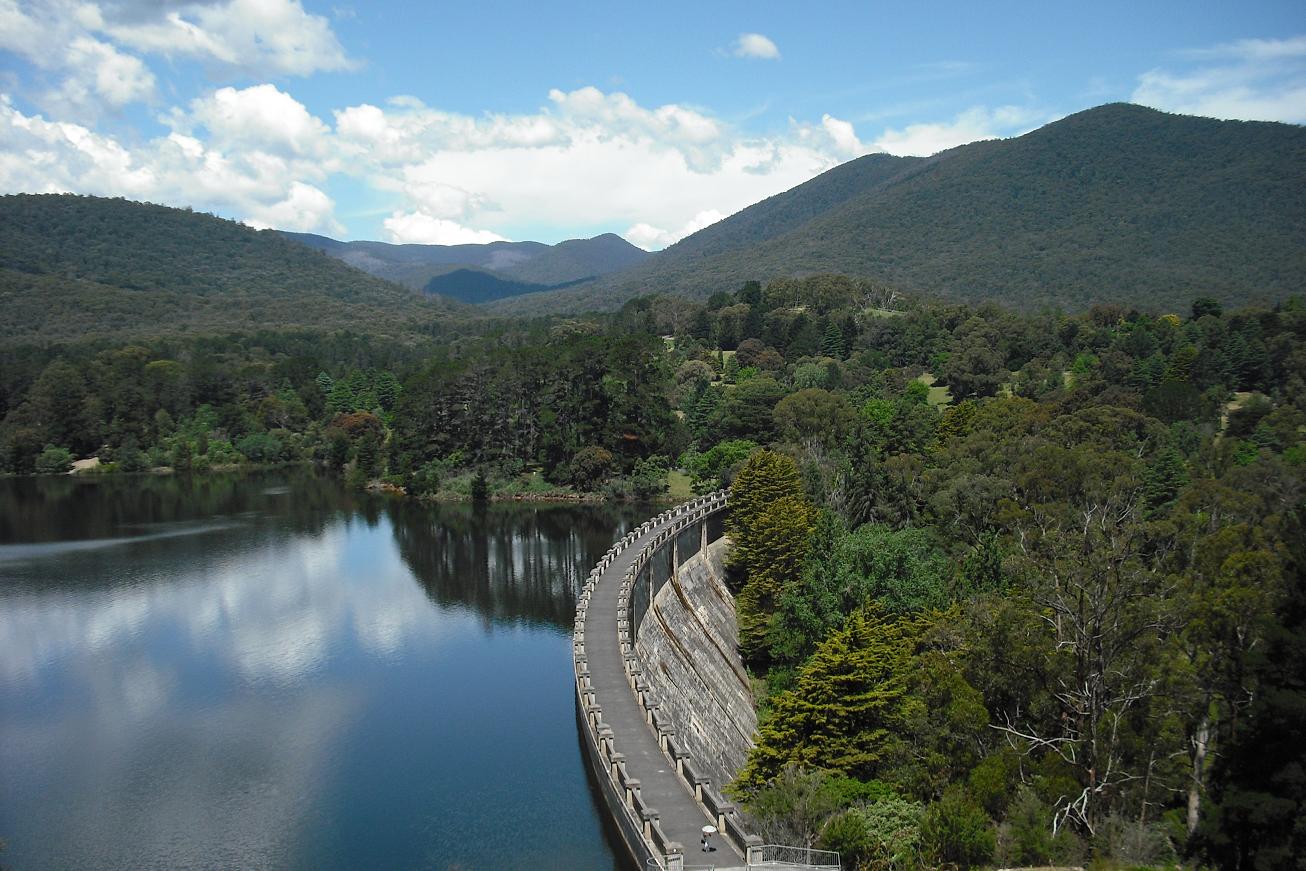 After a brief rest at the lookout I rolled back down to the dam wall, back out of the park and back through the heat to Yarra Glen. I’m not sure whether I’m just not used to the heat yet or whether I’m just soft, but even a modest 40km felt like an effort yesterday. 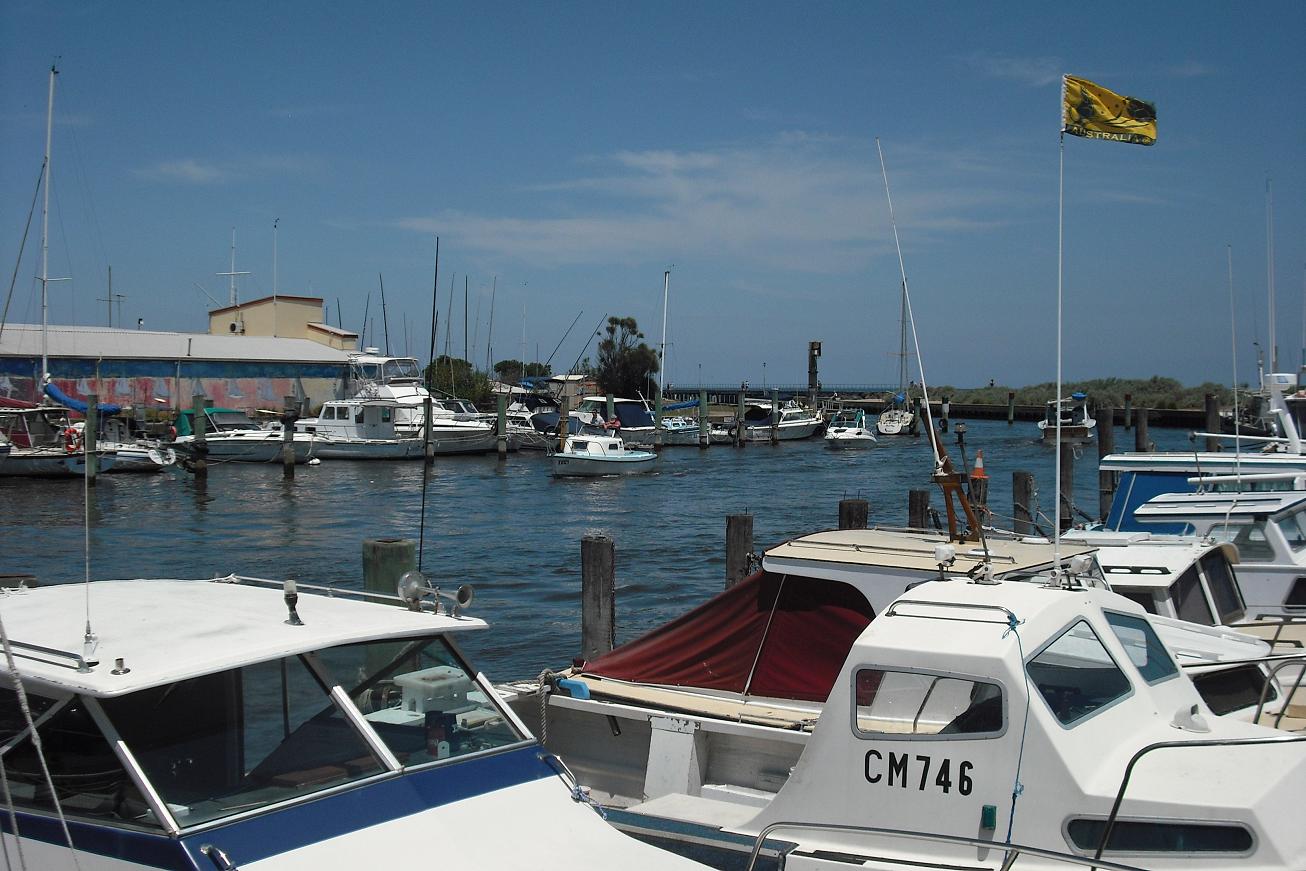 This morning I met Brendan in Carlton and we set out on what is becoming one of our most frequented rides. We rode down Lygon Street through to Russell, onto St. Kilda Road via Flinders Street, and out to Beach Road via Albert Street. The ride down Beach Road to Mordialloc is, to be fair, one of the easiest rides you are likely to find around Melbourne, assuming there’s no wind around.

We were lucky enough to have a bit of a tailwind on the way down meaning that we made fairly good time to Tour de Cafe but on the way back things were a little slower. That said, it was almost a perfect day for it and while it was around the same temperature as yesterday, the sea breeze made the ride far more manageable than the open plains between Yarra Glen and Healesville. 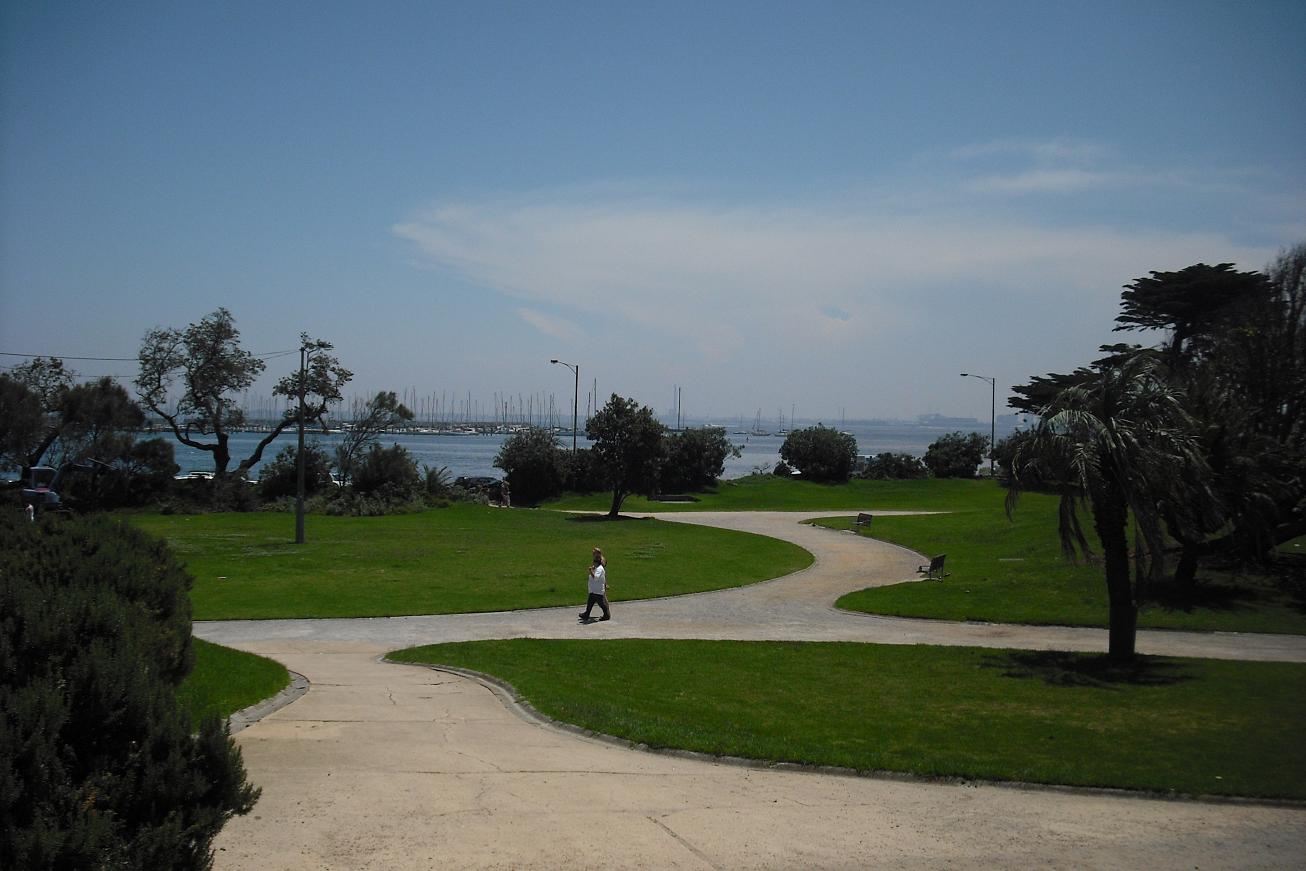 It doesn’t sound like much, but it was good to clock up 100km this weekend. Of course we’ll be looking to be ride considerably further than that as we built up toward March but, as I’ve said numerous times already, it’s all about laying the foundations. I’m under no delusions  – the 3 Peaks Challenge is going to be ridiculously difficult regardless of whether we do these base kays or not – but they say that a lot of the battle is mental so, if it feels like it’s doing some good, maybe it is.

On that pseudoscientific tidbit, have a terrific week and we shall speak again soon. Don’t forget that you can become part of The Climbing Cyclist community – just follow the links to Twitter and Facebook at the top-left of this page.