For the majority of cyclists, riding 100km in a day is cause for great satisfaction. Throw in a few solid climbs and you are looking at a boast-worthy weekend hit-out. But for a handful of cyclists, 100 hilly kilometres is barely a warm-up and satisfaction demands a far greater challenge. 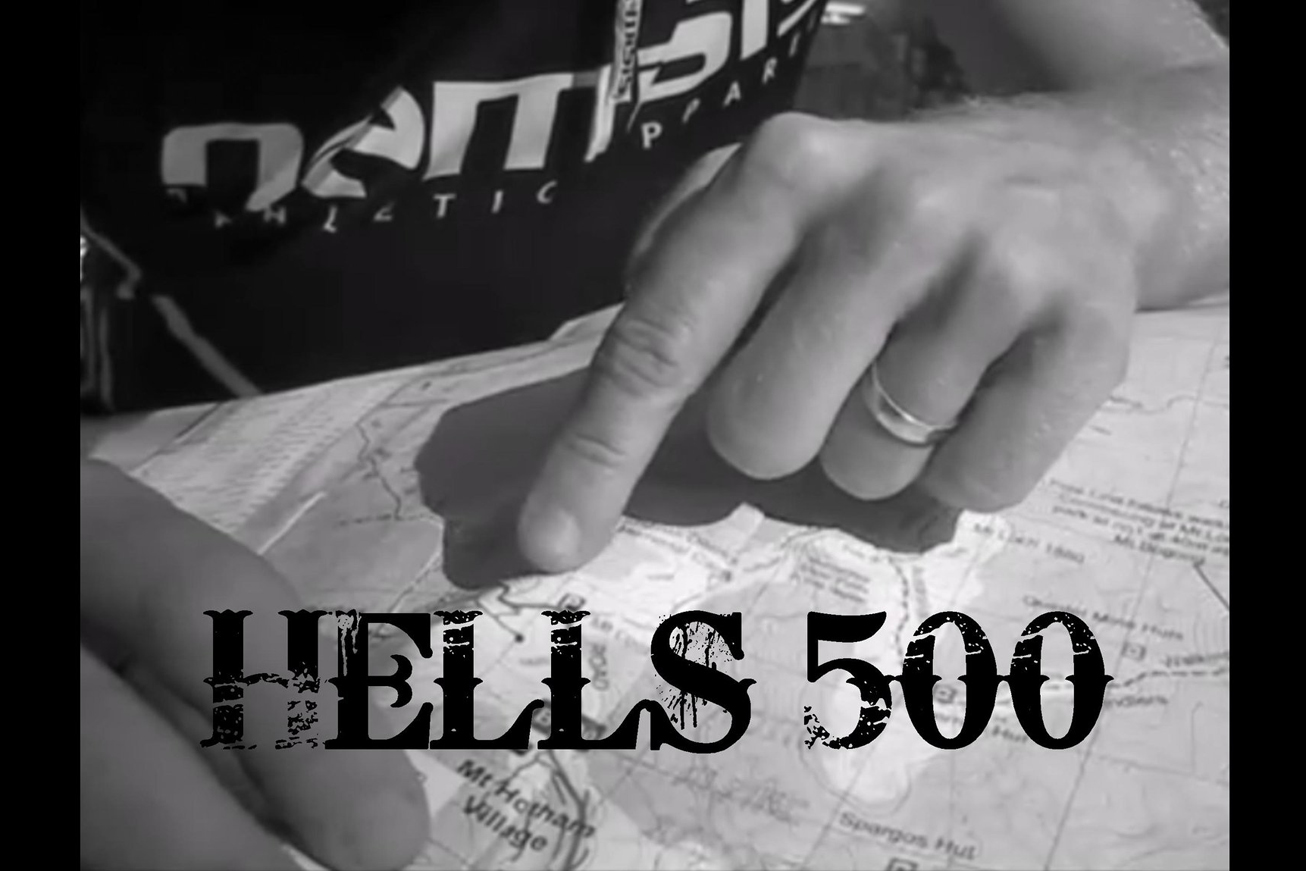 Introducing, Hells 500. On March 5, four hardy souls will set out to inflict unspeakable pain and suffering on their bodies in a 48 hour slogfest around Victoria’s alpine region. Covering 500km and climbing 10,000 vertical metres the ride will include 7 massive climbs and will help to support Ride Hard to Breath Easy, a Victorian-based lung cancer awareness charity.

The Climbing Cyclist caught up with one of the Hells 500 riders, Andy van Bergen, to find out more about this epic event.

What’s the inspiration behind the Hells 500 and why punish yourself like that?

A couple of years ago we stumbled across a challenge called the 7 Peaks – Alpine Ascent Challenge. We’d been riding in the hills for a while, and this seemed like a great competition, plus it would mean tackling a couple of mountains we hadn’t faced before. The challenge is to summit at least four of the seven Victorian ski resorts but in that first year we thought ‘why not do all seven?’

Some of us had heard that someone had ridden all seven peaks in seven consecutive days. Once or twice we had doubled up a Mt. Buller or Mt. Donna Buang climb so we started to figure out how quickly we could ride all seven. The logistics were going to play a big part – the driving alone is over 1,000km.

We came up with a plan that saw us get in two nights of sleep and the following summer, on the first week of the competition, we set off. We managed to finish all seven peaks – from the time we left the start gate at Mt. Baw Baw until the time we crossed the line at Falls Creek – in a time of just under 50 hours. Although no one spoke about it at the time, we could all see that there were some ways we could improve our efficiency – and a few months later we decided that we’d have another go in 2010.

This time we knew what to expect. We picked better driving routes, changed the order of the mountains, and we listened to the invaluable advice from our support crew. In November 2010 we set off again – and were able to complete all seven peaks in a time of 34 hours, 49 minutes, and 33 seconds.

Somewhere in the midst of training, we talked about a couple of ‘bigger’ challenges – I guess it’s partly one-upmanship. On the drawing board is ‘Two Bays in a Day’ – basically Around the Bay in a Day plus a ride around Western Port Bay. We’ll get to it one day, but in the meantime we wanted another challenge that involved hills.

The other idea was to take the new sealed road around the Back of Falls and leverage it to rack up as many vertical metres as possible. We could see that running the loop in both directions would gain us around 9,000 vertical metres over more than 450km so, naturally we thought that by adding Mt. Buffalo we could end on some nice round figures! On paper it doesn’t sound so bad, right? (ed. You are crazy.) We figured that 48 hours would put it pretty much at the limit of what we would find possible.

What route will you be taking?

We’ll start the ride in Harrietville and take the following steps:

For an interactive version of the ride route, head over to Ride With GPS.

What sort of training have you guys been doing in preparation for the event?

Although we have had the idea for this ride for about 18 months, we only penciled in a date early last year, and only locked in a date following our 7 Peaks ride in November last year. The training feels like it has been constant since about February last year. We aimed to peak for the 7 Peaks in November last year, and we have basically tried to maintain that fitness since then (with the exception of a two-week lapse over Christmas!)

We are each riding around 300km a week – not massive kays, but a lot of it is spent racking up vertical metres. We love the Dandenong Ranges due to the variety of gradients and close proximity to Melbourne. We also tend to ride Mt. Donna Buang, Mt. Buller and Lake Mountain a lot as they are a great simulation of the conditions we will face.  Closer to event dates we basically just ride more – a ‘Double Donna’ is pretty common – although it’s been freezing up there this year.

How is Ride Hard to Breath Easy involved in the Hells 500?

We’re really proud to be supporting Ride Hard to Breathe Easy, a fantastic cause aimed at raising awareness about lung cancer. We’re doing this in support of fellow cyclist Karen Munroe, a Masters National Champion track rider who has been diagnosed with stage four lung cancer despite having never smoked in her life.

We heard about Karen and a ride she was doing from Adelaide to Melbourne through a mutual contact. Around that time we saw that The Spin Room in North Carlton was running a 24 Hour Enduro ride to raise money for Ride Hard to Breathe Easy.

We hope that, given a little bit of interest in our ride, we might be able to help generate a bit of awareness for the cause. At this stage Karen and a few of her Ride Hard to Breathe Easy riders are looking to join us for a section of the ride, which we are really excited about.

Where can readers go for more information about the Hells 500?

There is more information on our Facebook fan page – by liking the page you will be able to keep up to date with the ride, watch videos, and leave tips or comments for our riders!