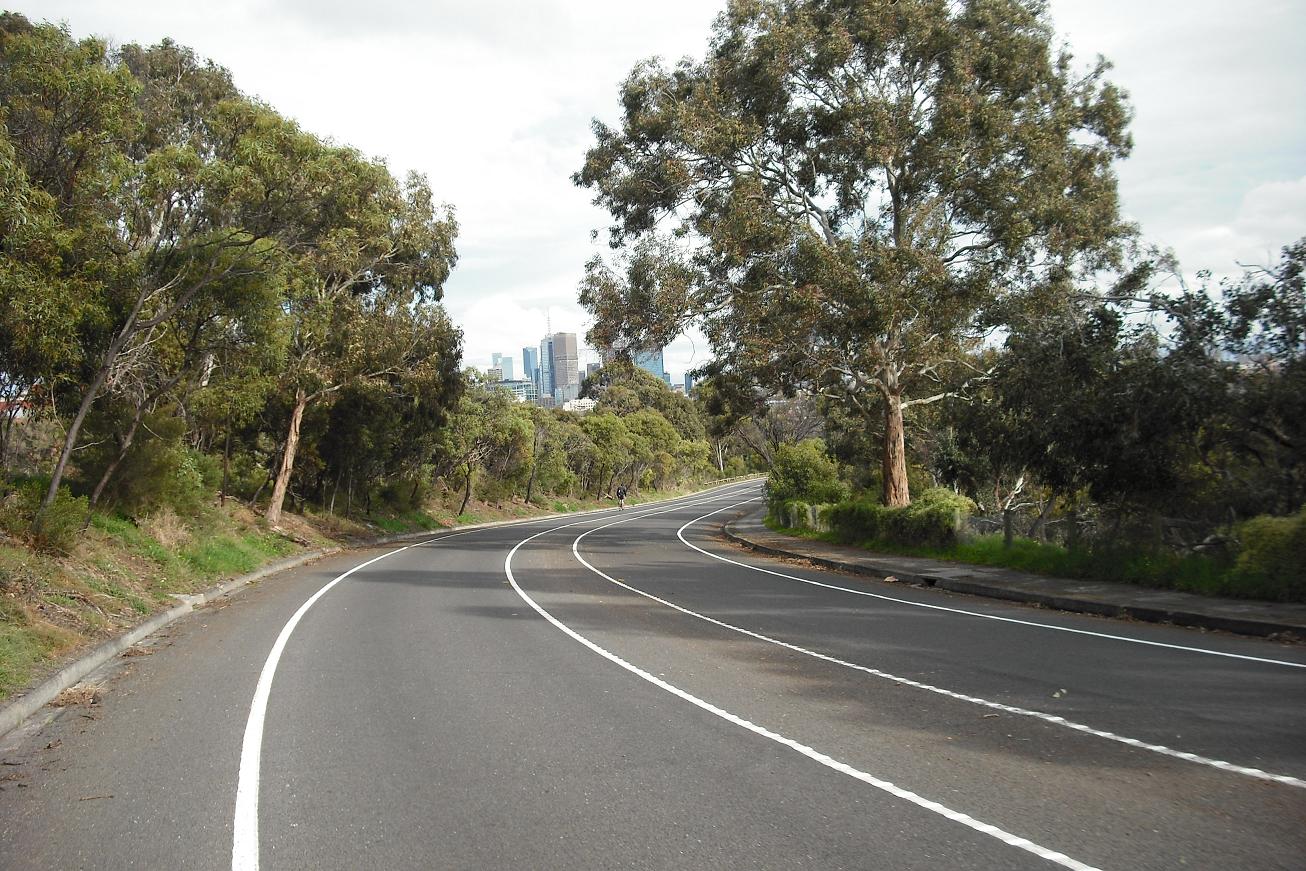 A little over four months ago I completed the greatest physical challenge I’ve ever faced: Bicycle Victoria’s 3 Peaks Challenge. It was an amazing day and one that I spent many months building toward, clocking up thousands of kilometres on roads around Victoria and New Zealand.

But in the weeks and months following 3 Peaks I found my motivation ailing somewhat: I didn’t have that epic event to look forward to, to train for, to motivate me on those long and lonely rides. In fact, in the four months since 3 Peaks I’ve only been out riding twice: once in early May and once earlier today.

But it’s not just a lack of an upcoming event that’s stifled my desire to ride: I’ve been working toward another epic goal. More on that in a moment … 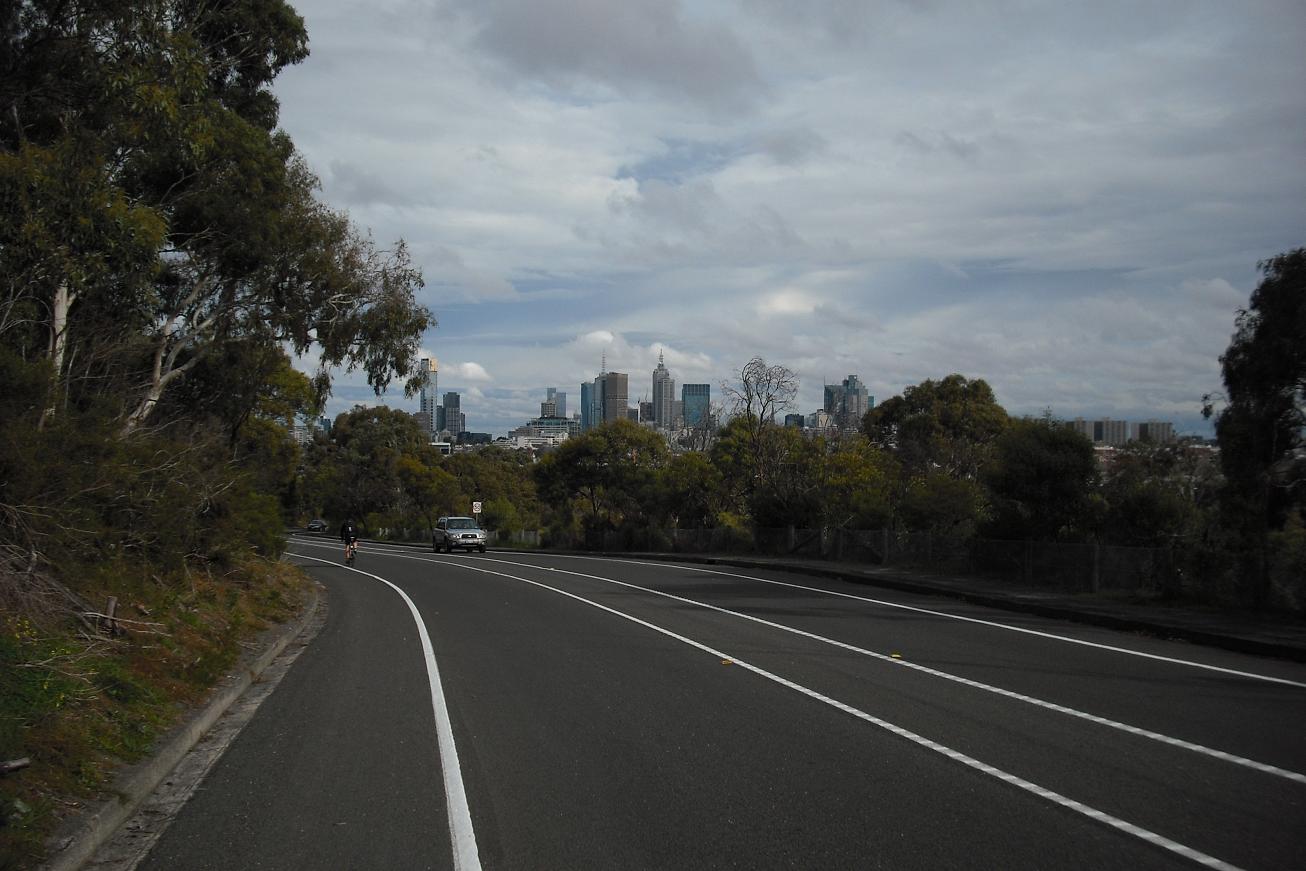 I met Brendan at around 10am today and we headed straight to Yarra Boulevard for a couple of laps. It really is a great bit of road: plenty of rolling climbs that allow you to get your heart rate up, plenty of nice downhills to recover on, and a great view of the city in numerous spots.

My only gripe is the road surface — if only the bitumen wasn’t so coarse it would be the perfect road for cycling.

After hitting the Walmer Street end and doing a couple of laps of the closed section of the road, we headed back along the ‘Vard to Chandler Highway and then via Heidelberg Road toward Heidelberg.

One evening a few years ago Brendan and I went along to Tour de Burbs, a twice-weekly group ride that hits some nasty climbs in Melbourne’s north east. One of those climbs is the so-called ‘Col du Burgundy’, a nasty (but mercifully short) ascent of Burgundy Street that takes you right past the Austin Hospital.

On our one attempt at Tour de Burbs, Brendan and I found ourselves at the back of the group and ended up skipping the climb in order to keep pace with the group. Today we decided to head back and tackle the climb and I can safely say, it’s a beast. The last 100m or so are particularly nasty, peaking at close to 10%.

After Col du Burgundy we headed back through Ivanhoe and back down to Yarra Boulevard for another lap before calling it a day.

So, how did I go, given my lack of riding in previous months? Surprisingly well. I found a great rhythm early on and on many of the climbs I felt as if I had far greater strength than I was expecting. Sure, 58km is not exactly an epic ride but it was just great to get back on the bike and cover some kays again.

Of course, there’s probably another reason I found today as “easy” as I did and it relates back to that other challenge I spoke of earlier: I’m training for the Melbourne Marathon on October 9.

Running a marathon has always been one of those things that’s been on my “bucket list” but that I’ve looked at and thought: “Nah, I’ll do that next year”. But in the wake of completing the 3 Peaks Challenge and in the company of a couple of other crazy-minded individuals I figured the time was right.

So how’s the training been going? Well, so far it’s been a remarkably smooth process. It’s been almost two months since I committed to this crazy endeavour and I’m pleased with my progress. I managed to run 15km yesterday — my longest run so far — and I’m on track for a successful attempt at the Adelaide half-marathon on August 28.

If you are at all interested in the process of training for a marathon, I would encourage all of you to head over to FortyTwoPointTwo. It’s a blog that I’m writing with those other folks I mentioned earlier — Meghan and Sarah — and I think it paints an interesting picture of three people going through the ups and downs of their first marathon.

Prior to our crazy pact we were all at different stages of training: Meghan had been running for years, Sarah was already getting through 10km with no problems and me, well, it had been more than eight years since I last ran 3km or more.

Do come and check out the site and if you’re the sort of person that enjoys spending your time on social media, you can find us on Facebook and Twitter as well.

So what’s next for my cycling and, more importantly, for this site?

Well, I’m keen to continue cycling as cross-training for my marathon effort, as was the case this morning. As for the site, nothing is going to change.

I’ll continue to add climbs whenever I get the chance (I’ve got three more waiting to be written up), I’ll blog about my cross-training rides and, of course, this site will continue to provide (hopefully) valuable information for cyclists around Victoria.

Until next time, stay safe on the roads and enjoy the rest of the Tour de France!