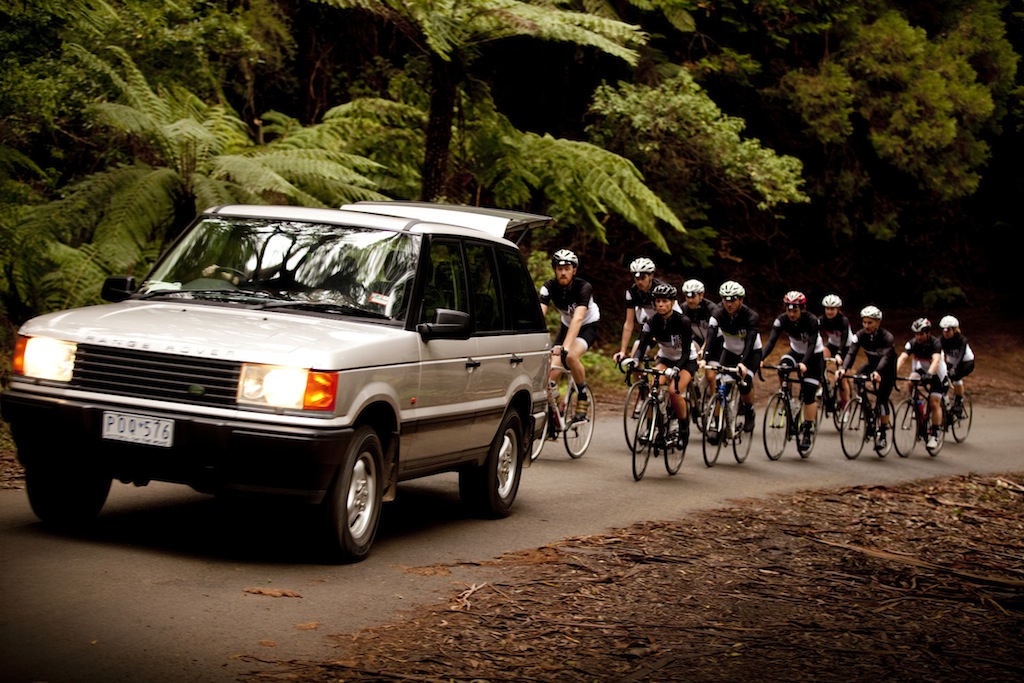 It doesn’t seem that long ago that we first heard the words “Hells 500”. Originally it was the name of an epic two-day 500km ride in the Victorian Alps that featured seven climbs and more than 10,000m of climbing. Since that ride in March 2011 “Hells 500” has become more than the name of a two-day sufferfest: it’s the name of a great cycling collective that’s fond of climbing the hills and bringing people together.

Every weekend you’ll see Hells 500 kits on the hills around Melbourne (and beyond) and every so often the Hells 500 crew will put together a challenging but memorable ride.

Back in May Hells 500 founder Andy van Bergen and photographer/filmmaker Nigel Welch gathered together a bunch of Hells 500 riders and headed out to the back of Mt. Donna Buang to shoot a promo piece to capture the essence of what Hells 500 is all about.

After several months spent editing the piece when they could find time around their day jobs, Andy and Nigel have released the following video. Check it out.

The video might only be about 2 minutes long but I’m guessing Andy and Nigel probably put about 100 hours’ work into it between the two of them.

In the weeks before the photo shoot Nigel and Andy had put together a list of the shots they were after and loosely scripted the video. They had chosen the song they were going to use — Johnny Cash’s version of the Nine Inch Nails song “Hurt” — and worked out how the music and their vision for the video fit together.

The week of the shoot Nigel sent out five pages of production notes for those of us who were going to be in the video. These notes explained the concept, the shots Nigel was looking for and gave us instructions about the kit we were to wear, and warned us about the fact that there would be plenty of standing around and re-riding sections so Nigel could get the right shot.

On the day we did have to re-ride a bunch of sections — including one tight right-hand bend about 10 times — but we all knew what to expect and it was fun to be out on one of the most beautiful stretches of road in Victoria, being part of a great little project.

There are so many great moments in the video but here are just a few of my favourites:

There’s so much to like about this video and I’m sure I’ll watch it many many times in the months to come. Of course I’m personally invested in the film given I’m in it and I know a bit of the story behind it, so I’m keen to hear you thoughts in the comments below.

In the meantime, check out some of the great behind-the-scenes photos Kirsten Simpson took on the day. And if you haven’t already, check out the great videos Nigel shot at the Hells 500 epic ride “Crux” and at a weekend in the Grampians earlier this year (both videos are below).