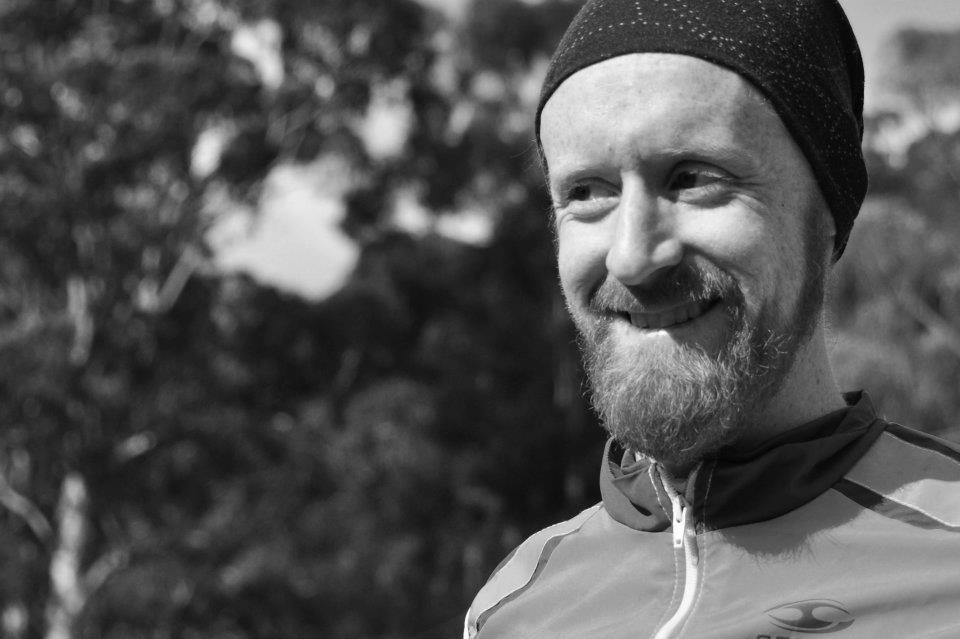 Most of us would consider a 100km ride to be a morning well spent and a 200km ride to be a truly epic day in the saddle. But there are some recreational cyclists who go well beyond these distances, pushing themselves into the realm of the seemingly impossible.

One such cyclist is Joel Nicholson who spent much of 2012 training for and completing super-long-distance rides with the Audax Australia Cycling Club. In this guest post, Joel takes us through the lead up to and completion of an unfathomably long three-day ride in south-west Victoria, the Great Southern Randonnee.

When I’m not riding up mountains with the Hells 500/Climbing Cyclist bunch, I can usually be found exploring the hinterlands of Victoria on an Audax ride — a form of non-competitive endurance ride covering distances anywhere between 50km and 1,200km.

I was first introduced to Audax at the Audax Alpine Classic events held in January 2012. I later used a couple of the shorter Audax rides as part of my 3 Peaks Challenge training. But it wasn’t until after 3 Peaks, in an attempt to retain some of my fitness through the winter, that I participated in my first ‘real’ Audax ride: a brilliant 400km circuit through South Gippsland.

From that moment I was hooked.

My first Audax season was very busy and it presented me with a very steep learning curve, but it was also filled with many memorable cycling moments. Some of those moments include riding 277km into a gale-force storm along the Great Ocean Road, learning to patch a split tire with a $20 note, falling asleep on the bike on a quiet country road in the middle of the night and, more recently, completing a hellishly long 466km day on the bike as a part of a 600km ride.

My season culminated in Audax Australia’s flagship event for 2012, the Great Southern Randonnee (GSR). The GSR is a 1,200km ride starting in Anglesea that takes in a 200km loop through Geelong and along the Bellarine Peninsula before returning to Anglesea.  From there, it heads along the Great Ocean Road, over the Otway Ranges, detouring through Timboon, Hopkins Falls and north of Warrnambool to Port Fairy. Heading inland, the route passes through Hamilton, Dunkeld, over the Grampians to Halls Gap and on to the turn-around point in the small country town of Moysten before following the same route all the way back to Anglesea (see map above).

Leading up to the GSR, I was uncharacteristically nervous, terrified of attempting a ride twice as long as anything I had ever done before. I was relatively inexperienced, and I’d be riding terrain I knew to be tough, especially when windy. There is a huge amount of planning and preparation that goes into a ride like this and I had three plans prepared: Plan A (complete the ride within 72 hours), Plan B (80 hours) and Plan Survival (90 hours, the maximum time limit).

On Monday October 29, after months of training, fretting and planning, the day of the GSR finally arrived. The ride was scheduled to start at 6:00pm, so I was able to have a sleep-in before packing the car and heading off to Anglesea where I signed in, handed over my drop-bags and got my lights checked.

At 6:00pm, myself and 48 other riders headed out of Anglesea into a beautiful evening, the bunch rapidly fragmenting into smaller groups until, after about 100km, I found myself riding alone (I would end up riding almost 1,000km of the 1,200km on my own).

It was a perfect night for riding, cool and still with the full moon reflecting off the surf and before we knew it, we had completed the first 200km and were back in Anglesea.  Most of the other riders only stopped briefly before pushing on, many hoping to make it as far as Port Fairy (484km) or even Dunkeld (601km) before their first sleep break.

I knew I wouldn’t be able to make it that far without sleep, so I stopped at the backpackers hostel that had been booked for the riders in Anglesea and had two hours sleep. Two hours may not seem like much, but it was just enough to refresh me and, more importantly, reset my internal clock, creating the illusion that this three-day ride was actually a four-day ride. I found this gave me a very important psychological boost.

Waking up early on Tuesday morning, I found myself hours in arrears of most of the pack and headed off with a lot of ground to make up.  The heat took its toll on many riders that day, and I encountered a lot of people suffering on the long climbs up to Lavers Hill, including a few poor souls pushing their bikes. The shop at the top of Lavers Hill must have had its best day of the year, with dozens of gasping, red-faced cyclists staggering in for over-priced cold drinks and sandwiches.

From the bottom of the Otways, I rode with a small bunch until the next checkpoint at Port Campbell (376km), where we were treated to the usual excellent food and support. It grew even hotter and windier on the road to the next major checkpoint at Port Fairy (483km).

At Port Fairy, I was feeling pretty bad — dehydrated, tired and with a poor appetite — but I had a schedule to stick to and pushed on to the minor checkpoint in Macarthur where the cooler weather and some magic minestrone put some strength back in my legs.

I rode in the dark, through Hamilton, finally arriving in the small town of Dunkeld (601km) at about 1:00am on Wednesday, to discover I was the first rider on the road. I was later joined by three or four other riders, but most of the field had stopped in Port Fairy for their first major sleep break.

I lost my short-held lead during the early morning when several other riders passed through Dunkeld and, after a few hours sleep, I was back on the road at about 6:30am. The ride that morning was a tough slog through the hills with a stiff headwind blowing down the valley and, although I had some company for a while, I felt pretty weak most of the way into Halls Gap (665km). At the Halls Gap checkpoint I refuelled and chatted to a couple of the other riders who all seemed to be in pretty good spirits.

It was a short out-and-back ride to the turn-around point in Moyston and within a few hours I was back in Halls Gap where a large group had congregated, many riders still on the outward journey and others, like myself, heading back towards Anglesea.

Just out of Halls Gap, roadworks blocked the route for more than half an hour, which most of us used as a perfect excuse for a powernap (see image below). The ride back to Dunkeld was enjoyable and I got to ride along with a few other riders for a while.

As we were pulling into the Dunkeld checkpoint (794km), the three front riders, Liam Crowley, Shaun Kinna and Matt Rawnsley, were just leaving the checkpoint. At this point, I was feeling pretty good so I decided to try to catch these guys before the finish … if I could do it without upsetting my schedule too much. They stayed about 20-30 minutes ahead of me as we tried to beat the changing wind all the way into Port Fairy (911km) where we were all planning on having another sleep break.

Over the dinner table at the hostel, we had a chat and I found the guys to be really cheerful and supportive. We all talked about our hopes of finishing within 72 hours, but I realised they were planning on leaving Port Fairy an hour earlier than myself. I decided to stick to my schedule and just hoped that I would be able to make up some time through the Otway Ranges.

I rolled out of Port Fairy just after 3:00am on Thursday, into some foul weather — rain and a strong side-wind. After the checkpoint at Hopkins Falls (960km), the route turned south, directly into the headwind blowing off the coast, making life very difficult. On some of the hills out of Timboon, I was in the granny gear pushing to maintain 9km/h. At this point, I was suffering from mental fatigue too and I was struggling to calculate the distances to the next checkpoint or even string together a coherent thought.

After what felt like a lifetime, I finally arrived in Port Campbell (1,028km), where I was treated to bacon, coffee and a free chain lube. Looking out at the sea spray blowing off the ocean and whipping up the street, it took some serious convincing to leave the warm confines of the hostel and get back on the bike. The ride along the coast was so blustery and miserable that it was a relief to hit the sheltered climbs of the Otways.

Once on the climbs, I got a bit of a second wind and pushed hard until the next minor checkpoint at Horden Vale (1,102km) where I arrived 5-10 minutes behind the leaders. After some toasted sandwiches, the three leaders left and I followed about 5 minutes behind.

Moving steadily on the climbs, I was finally able to join the others and from then on we rode together on the long descents into Apollo Bay. The road curved after Apollo Bay, giving us a beautiful tailwind and allowing us to ride a fairly fast pace over the last 60km into Anglesea.

We arrived in Anglesea at 4:09pm on the Thursday, having covered 1206km in just over 70 hours. I wish I could tell you that we all yelled, cried and jumped for joy after crossing the finish, but really all we did was slump down in numb relief and fall asleep in our beer.

The GSR was an amazing ride that I would gladly do again. It had everything: heat, wind, cold, rain, hills, breathtaking scenery and great participants. The wonderful volunteers always gave us the red-carpet treatment with a grin, despite working harder and getting less sleep than most of the riders.

A big congratulations and thank-you to all the riders, organisers and volunteers!

The next Great Southern Randonnee will be held in October 2016.