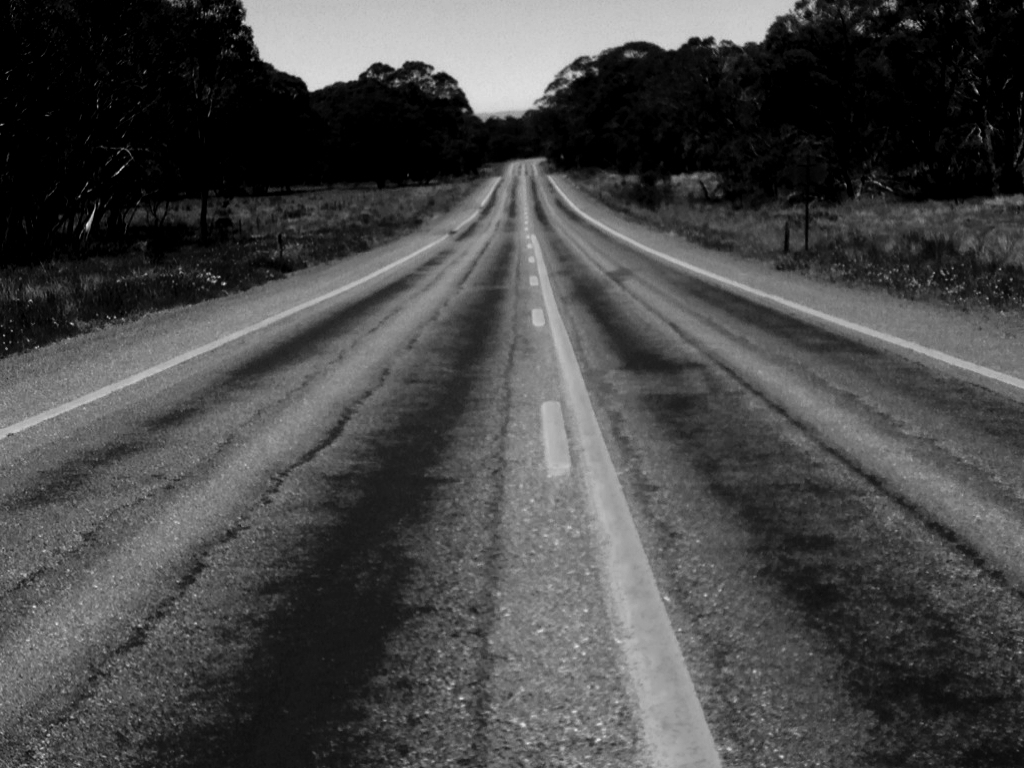 This is the fourth and final post about a recent trip to the Victorian Alps for the 7 Peaks Domestique Series. You can read part one here, part two here, and part three here.

We got a bit of a sleep-in on the final morning of our Alps trip, but that didn’t stop my body from complaining. We’d been through two long, hard days of cycling and with the longest climb in the Alps — Dinner Plain — still to go, it would be a while before I’d get a proper rest.

The drive from Falls Creek to Omeo was longer and windier than I expected. It took us most of 90 minutes to drive the ~70km down the Back of Falls and by the time we arrived in Omeo it was only a few minutes before kick off.

Andy and I had expected a smaller crowd for the final ride in the Alps trip … for a number of reasons: Dinner Plain is the hardest climb to get to, it was the final ride in a tough weekend and, to be honest, it’s not the most enjoyable of the 7 Peaks. In fact, it’s not even really a peak. If you wanted to ride to the top of the mountain you’d have to ride the 42km from Omeo to Dinner Plain before going another 13km up the road … at which point you’d be at Mt. Hotham.

Andy sent a handful of riders off early to give them a bit of a headstart and before long everyone was on the road. I started near the back and with Andy taking up lanterne rouge duties for the day, I was free to move my way through the field. That said, with my legs as fatigued as they were, and with the late morning sun beating down, I was never going to be pushing myself overly hard.

As I started the first sustained section of the climb — 2km from Omeo — I started passing small groups of riders. A few kilometres later I came across Kat Feldmaier who was about to turn around and head back down to the car — her knees were giving her grief and continuing on would have done more damage than it was worth. As I passed she asked me to tell her mate Jess Varey that she was pulling out.

When I reached Jess a few hundred metres up the road and told her the news, she yelled out a frustrated ‘No!’ I thought Jess was about to call it quits as well but, to her credit, she pushed on, determined to get to the top.

I’d been riding with Jess for a few minutes before she said ‘You can keep going if you want to, I’ve got my iPod.’ But I was happy for some company and I remembered how long and hard the climb is if you tackle it on your own. The only other time I’d climbed to Dinner Plain I found the first section so hard that I needed to lie in the shade for half an hour to stop myself from throwing up.

Jess and I set about trying to find a comfortable rhythm on the sustained sections of climbing, aiming for the next crest, the next descent. It was slow going at times, but Jess never gave up.

We reached the flatter middle section of the climb before too long and the slight respite was a great relief to us both. We chatted away as we passed the halfway point of the climb before stopping to refill our bidons, courtesy of the water containers Andy’s wife Tam had left by the roadside.

After a brief stop it was back on the bike and into the second and final section of sustained climbing. As soon as you cross the Victoria River the road kicks up quite nastily and it’s a bit of a grind for the next few kilometres. That said, it’s probably easier and shorter than the first section of climbing out of Omeo.

As she’d done before, Jess found a rhythm and, despite it being very tough in parts, she pushed on, reaching the crest where we were able to take a breather.

At some point on that uphill stretch Andy and a couple of other riders passed us, meaning Jess and I were last on the road. But it really didn’t seem to matter — Jess was determined to get to the top and I was determined to help get her there.

The final ~15km of the Dinner Plain ‘climb’ are largely uphill, but they aren’t consistently up nor are they particularly steep. You might be climbing for a kilometre or so but then the road will flatten off, giving you a chance to rest and recover.

We caught up to Andy at some point late in the climb and managed to ride in a small group for a while. But about 3km from Dinner Plain, the others disappeared up the road and it was just Jess and I again. With only 2km to go, Jess’s back tyre sprung a leak, going from fully inflated to riding-on-the-rims flat in the space of about 10m.

It was unfortunate to get a flat so close to the top but it didn’t slow us down for long — we were soon back on the road and Dinner Plain was within our grasp. Jess and I rolled into the village and after a celebratory hug and after getting our passports stamped, we enjoyed a well-earned drink and something to eat with the rest of the crew.

It was inspiring to watch Jess push through a really challenging climb, particularly when she had several opportunities to call it quits and jump in the car. As I’ve written before, it’s these sorts of efforts that really define the 7 Peaks Domestique Series. When Andy and I first started planning things out, we wanted the series to be about helping riders of all abilities to get up the big alpine climbs. So when we see riders like Jess conquer climbs like Dinner Plain, it makes all the hard work worth it. Well done Jess!

As always, Cycling Express has provided us with a handful of $20 vouchers to give to riders that put in impressive efforts during our rides. It will be no surprise to learn that we’d like to give one to Jess Varey for her awesome effort on the climb. And we’d also like to give one to Joel Nicholson who, for not the first time, was the first to reach the summit. But this time he also grabbed a spare tyre and rode many kilometres back down the hill to help out Mick Beasley who’d had a front-wheel blowout.

And speaking of support, there are two people that I really need to thank: Andy’s wife Tam and my partner Sharon. When Andy and I first drafted up a plan for this series we probably didn’t realise just how much work would be involved. And without the support of Tam, Sharon and others, we really couldn’t have grown the series into the beast that it’s become.

To give you an idea of the kind of support we’re talking about, consider this. On our trip to the Alps, Tam and Sharon would both get up at the same time as us riders (e.g. 5am for Mt. Hotham), drive us to the start of the rides, drive up and down the mountain providing support, and be there at the end to hand out drinks (and more) when riders arrived. They’d be the last to leave (once all the riders had completed the climb) and they wouldn’t get back to the hotel until we did.

So, again — and not for the last time — thanks so much to Tam and Sharon for their efforts. I know everyone that came along to our rides really appreciated the time and energy you guys spent helping us out. Andy and I certainly did.

And while I’m thanking people, a big thanks to Luke at Winners Cycling for his support in providing nutritional products for every ride. Thanks very much to Sam at Cycling Express for his support in providing the vouchers and grand prize for the series. And thanks to the team at Emma & Tom’s for the post-ride juice throughout the series, and in particular to my brother Brendan who has played a huge part in getting that support off the ground.

So, with the Dinner Plain climb done, the weekend was more or less over. We’d held four official 7 Peaks Domestique Series rides and facilitated more than 300 successful mountain climbs:

That’s 309 mountain climbs in three days — not a bad effort at all. With the extra ascent of Falls Creek on the first afternoon my own personal tally looked something like this:

And so the 7 Peaks Domestique Series caravan moves on. This Saturday we’re heading back out to Lake Mountain and we’re hoping to improve on the 100-strong crowd we had last time. We’re also very keen to see how many girls we can get out there on Saturday. So if you’re a chick and you’re looking to have a crack at some climbing (whether it’s your first or 100th mountain climb), please come along! We’re a friendly bunch and there will many other women there on the day.

In early February we’re heading back to Mt. Buller for a couple of rides and if last time was anything to go by, it will be a great weekend. It couldn’t be any wetter, that’s for sure. We’re going to be staying at the Neringa Ski Lodge again so if you’re coming along for the rides, do join us! It’s a great lodge with lots of space and we had a great time there late last year. We’re staying two nights — Friday February 8 and Saturday February 9 — and the cost is just $68 per person, in total, for the two nights. Bargain! Send me an email if you’re keen.

And finally, in the last supported ride* of the series, we’ll be having another tilt at the epic Mt. Baw Baw. We had more than 80 riders out there last time and it was a cracking day. This video really sums it up:

So, if you haven’t already signed up for the remaining rides in the series, please do! We’d love to have you out there and help you conquer some great mountains!

In closing, I’d like to say a big thank you to everyone that made the journey up to the Victorian Alps to join us for three tough days of climbing. For Andy and I (and Tam and Sharon!) it was a full-on weekend — physically, mentally and logistically — but I’m sure we weren’t the only ones that had a great time.

Don’t forget that you can join the Climbing Cyclist community over at Facebook and Twitter and you can sign up for email updates via this link. And if you haven’t already liked Hells 500 on Facebook, you really should. Without the hard work and vision of their fearless leader Andy van Bergen, this series would never have gotten off the ground.

Until next time, thanks very much for reading and I hope to see you in Marysville on Saturday morning!

Thanks to Andy van Bergen for the images you see above and in the gallery below. The Strava file from my ride can be found here.

The order of these names doesn’t necessarily reflect the order in which riders finished the climb. If we haven’t got you on the list, let us know! If we’ve spelled your name wrong, you should have written it more clearly in the notebook … but let us know and we’ll fix it up! If you’d like your climb time listed, email me with the details (and a Strava link or similar to prove it!)

* There are a number of other, unsupported rides that can count towards the 7 Peaks Domestique Series. Check out this page for all the details.