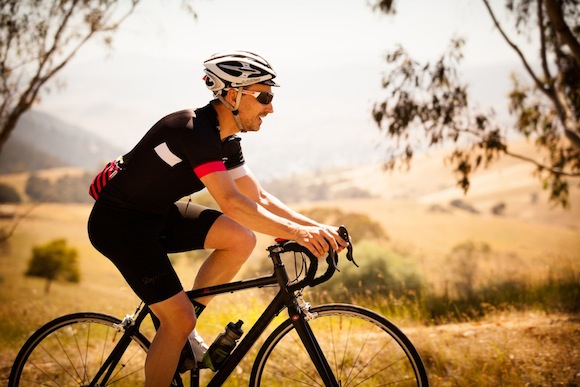 The good thing about cramming four mountain climbs into three days between Christmas and New Years is that you don’t have to make multiple trips to the Victorian Alps. That’s not to say I don’t love coming up to the Alps — I do — but it can be hard to find the time, particularly with all the other cycling commitments in the warmer months.

The bad thing about cramming four mountain climbs into three days is the fatigue that hits you on the third morning. It’s a struggle getting out of bed, your legs complain near constantly until well into the ride and there’s always the niggling thought in the back of your head: “I’ve done enough climbing in the past two days; I don’t need to do another day.”

But it’s almost always worth just heading out there and doing it. I haven’t regretted it yet. 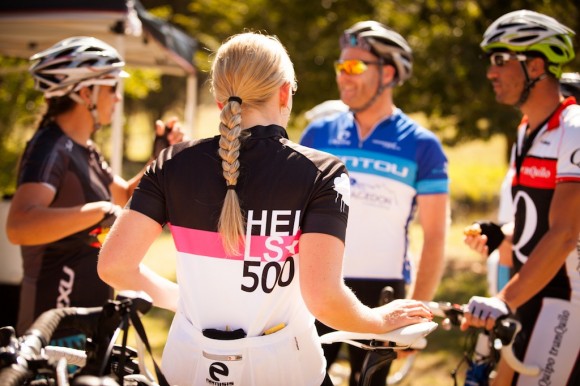 The final ride in our Alps trip was the long, undulating climb from Omeo to the Dinner Plain resort. Given we were staying at Falls Creek, the quickest way to the start was the Bogong High Plains Road, down the Back of Falls.

It’s a beautiful bit of road with some amazing views, and once you get out on to the Omeo Highway, which runs alongside the Big River, the views only improve. But these are the very definition of roads that are far more enjoyable to ride than they are to drive.

It’s only 70km or so from Falls Creek to Omeo but the drive takes a solid 90 minutes. It’s among the narrowest, most technical drives I’ve ever done and to be honest it was a bit of a drag on the Monday morning.

Once in Omeo it was time to get set up in the park there and wait for people to arrive. It was my turn to put out the “Event in Progress” signs so I headed off about 15 minutes before the ride got underway, leaving Andy to handle the pre-ride briefing on his own.

This would mean I wouldn’t get to ride the full Dinner Plain climb but I certainly still had the opportunity to get a ride in. 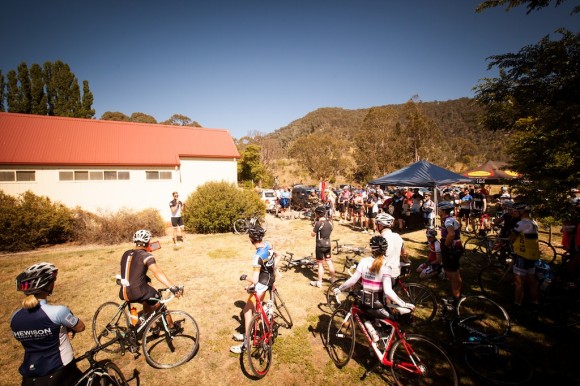 I drove up the mountain, putting out signs every 5km or so, and putting out a water station roughly halfway through the climb. And when I got to the top I met up with our fantastic volunteers Tammy and Sharon and sat down with them for a while, enjoying the perfect weather and the chance to sit down and relax briefly.

Before too long I got kitted up and started to descend the mountain, passing riders here and there as I went. My plan was to head down as far as the last riders on the road and ride back up with them.

I caught our lanterne rouge, Cyril, roughly 18km from the top. He was riding with Domestique 7 Peaks Series veteran Peter with whom I had the pleasure of riding last year. 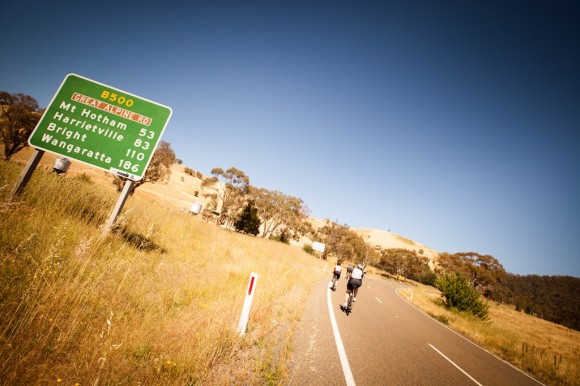 Peter will be the first to admit that it was pretty slow going on the way up, the heat and the lack of shade taking its toll and forcing a bunch of brief stops. But having ridden with Peter last year I knew of his tenacity and determination — I had no doubt he’d get through the ride in one piece.

Not only did Peter have to get through the challenge of the climb itself, he also had to put up with Cyril and I yacking away incessantly behind him. We tried asking Peter a few questions but he was focused on just turning the pedals over, ticking off one metre of the climb at a time.

But, as predicted, he reached the top in one piece. Seeing the relief and satisfaction on his face when he rolled into the Rundells restaurant and bar in the Dinner Plain village was a joy. 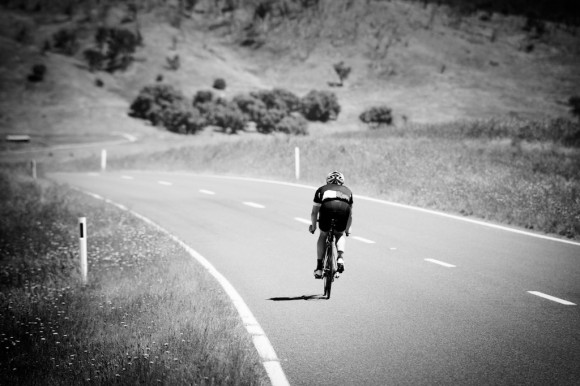 As Peter recovered and recuperated from his impressive effort, I took the opportunity to grab some lunch and chat with some of the other riders.

And with that, our big weekend in the Victorian Alps was over. Andy and Tam drove back down to Omeo, the former picking up the signs I’d put out (thanks Andy!), and headed back up to Falls Creek for one final night. Sharon and I went the opposite direction, heading back home to Melbourne. 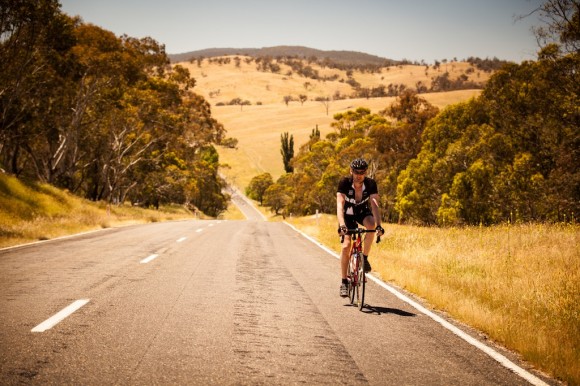 Thinking about it, the weekend really couldn’t have gone much better than it did. Months of planning went into ensuring that all the relevant puzzle pieces were in place and it was very satisfying to see everything go to plan.

In the end we clocked up more than 500 successful climbs for the weekend: 136 for Falls Creek, 168 for Mt. Hotham, 119 for Mt. Buffalo and 98 for Dinner Plain. These numbers are roughly double what we managed to get last year with the biggest gain being the Dinner Plain ride which increased significantly from the 45 we had last year. 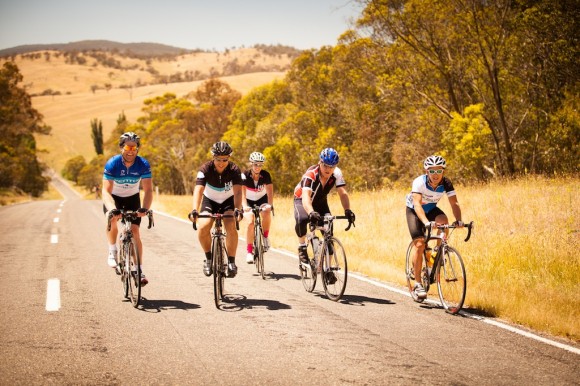 At this point I’d like to say a huge thank you to all our wonderful volunteers that made the weekend possible. To Sharon and Tammy for their great support across the weekend. To Maria and Linda for pitching in with much-needed assistance on several of the rides.

To Nigel and Brian for their great help in putting out and collecting our “Event in Progress” signs. To Dr Carl for his fabulous support on and off the bike, medically and otherwise. To our terrific lanterns rouge, including Cyril for his great job at Dinner Plain.

And, of course, a huge thank you to our amazing series photographer Kirsten Simpson who has taken all of the amazing images you see in this post. You can download low-resolution versions of any of the photos Kirsten took at Dinner Plain for free (and there are plenty more than the ones I’ve used here!). Just head here here and use the password “DinnerPlainBunch”. You can support Kirsten’s great work by buying a high-res version of any image for just $7.95. 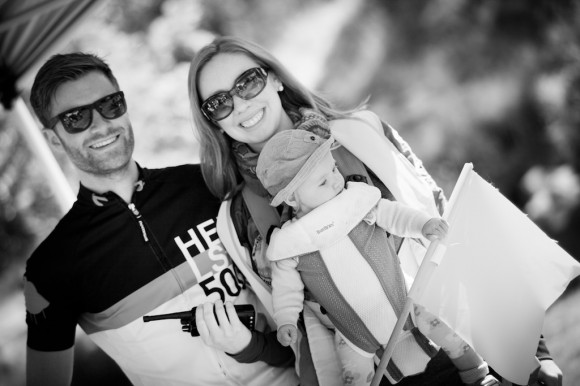 Andy and I would like to say a huge thank you to our terrific sponsors that have supported us throughout the series and helped us to deliver a bunch of rides that are bigger and better than we ever could have hoped for. Thanks to Croydon Cycleworks, Winners Nutrition, CycleCover, Nemisis, Hammer Nutrition, Racecomms and CyclingExpress.com.

And finally, a big thank you to everyone that came along and made the four rides in the Alps such a tremendous success. With hours and hours of paperwork, preparations and planning going into every ride, it’s easy to lose sight of the fact that all that hard work counts for nothing if no-one turns up! So thanks to you all for coming along and being part of it and for giving Andy and I such a huge buzz. 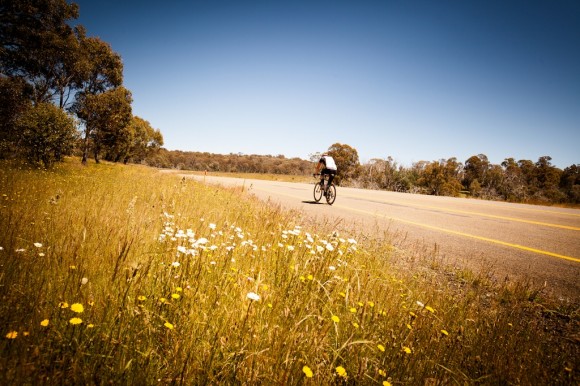 If you haven’t already, we’re very much hoping you’ll join us for the final ride in the series out at Mt. Buller. It’s on Saturday February 22 and we’ve managed to secure a road closure for the event. Click here to sign up.

We’re working hard with the folks up at Mt. Buller Alpine Resort to put on a great weekend of cycling and other activities and we hope you’ll join with us in spending a couple nights up on the mountain. We’ll have plenty more information for you in the coming weeks.

Until then, thanks so much for reading and please stay safe out on the roads.

Congratulations to Peter who wins this ride’s CyclingExpress.com voucher for an inspiring effort on the long climb up to Dinner Plain. It was slow going for Peter but his ride was a lesson in perseverance and determination and we were impressed with his tenacity.

You can see my Strava file from the ride here. A full list of finishers can be found here. If you completed the climb but forgot to write your name down, send me an email with a link to a Strava file or equivalent and I’ll add you to the list.