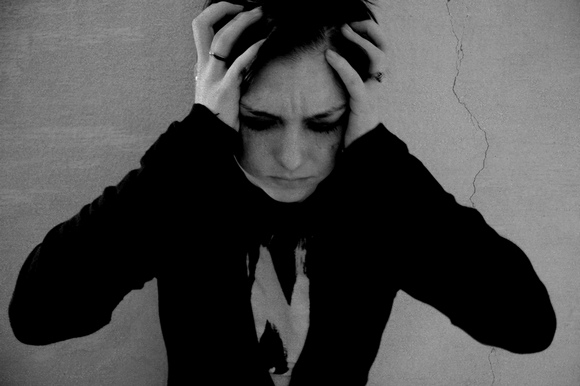 This is another post about the fact that I’m still unwell. If you’re sick of reading such posts, I don’t blame you, but before you go, why not check out something else on the site, like this awesome story?

I’ve ridden my bike once in the past month. That one ride was about as easy as I could imagine — I averaged less than 21km/h on a flat 25km ride, keeping my heartrate as low as I could. That was nearly two weeks ago and I still haven’t fully recovered.

It’s been roughly 2.5 months since I got back from the Tour de France and I really haven’t felt 100% since. Sure, there have been times when I’ve felt ok, but a ride in the following days would always set me back to the point where a 15 minute walk to the train station felt challenging.

I certainly don’t feel gravely ill. It’s more of a constant feeling of just not feeling right, coupled with nausea, headaches and general fatigue. I don’t feel as mentally sharp as I normally do and I’m finding it hard to concentrate at times. Then there are the occasional head spins, light-headedness and the hot flushes.

Since I got back from Le Tour I’ve seen three doctors and had two sets of blood tests. The first set of tests came back completely fine — not so much as one reading out of the ordinary. I got the second lot of tests done last Wednesday to test for things like dengue fever, glandular fever, vitamin D deficiency, hepatitis, HIV … anything that could possibly give us a clue as to what’s going on.

I also got a chest X-ray done last week — all clear — and I’ve got a stress echocardiogram to do next Wednesday to see if heart problems could be to blame. I get my results back from the blood test then too.

In the meantime, not knowing what’s going on is probably the hardest thing to deal with. If I knew what was to blame for making me feel so average, I could at least make sense of that in my head and have some idea of how to get through it. At the moment there’s no explanation, just a feeling of malaise and building frustration.

The fact that I’m surrounded by cycling all day every day makes not being able to ride particularly tough. I’m writing and reading about cycling during the week through my work at CyclingTips, I’m thinking and working on cycling-related stuff for this site in my spare time, and then there are the amazing photos and stories that all of you folks are sharing on various social media platforms. It’s hard to watch people having such a great time out riding when I’m not feeling up to riding.

It’s not that I’ve been told not to ride, just that even easy rides feel difficult (even that 25km ride was harder than it should have been) and I pay for it later on with days of feeling worse than I do at the moment.

But it’s not all doom and gloom — I’ve been able to find some positives in spending an extended period of time off the bike. It’s given me more time to focus on planning out the Domestique 7 Peaks Series for this summer. It’s been a lot of work, and there’s plenty more to to be done, but having a bit of extra time to focus on that has been helpful.

Being off the bike last weekend meant I had time to follow a bunch of mates on an amazing ride they did in the Yarra Ranges. I was keen to practise my cycling photography and given they were riding on roads as gorgeous as the Reefton Spur and the Acheron Way, this seemed like a perfect opportunity. You can see some of the photos I took at the bottom of this post.

So what’s next? Well, I’m hoping to have some answers when I get my blood and echocardiogram results back next week. In the meantime I might try and get out for a cruisy spin this weekend to see how the body reacts.

The best case scenario is that I can be back on the bike in the next couple weeks and starting to get fitter, stronger and lighter (my riding volume has decreased dramatically but my appetite hasn’t).

There are a number of rides I’m really keen to be ready for in the coming weeks and months. The first of those is the Domestique Dirty Dandys ride on October 27. Sadly we’ve filled all allocated spots for that but if you are keen to come along, it could still be worth whacking your name on the waiting list in case someone pulls out. It’s going to be a great day!

Then there’s Cycling Victoria’s Mt. Macedon Challenge on November 10 which, at 110km in length and with only one major climb wouldn’t normally be terribly difficult for me but I’ve got a lot of work to do to get back to the level of fitness I was at pre-illness.

And then the following weekend the Domestique 7 Peaks Series starts. I’d really like to be well for that first ride up Lake Mountain as the 7 Peaks rides were some of my favourite of last year. Fingers crossed.

In the meantime it’s all about recovery and trying not to go insane due to a lack of riding. Be sure to check out some of the photos I took last weekend. Just click on a thumbnail to bring up the lightbox with the full-sized image. You can see the whole album here. Thanks for reading.

23 Replies to “Climbing up the walls”