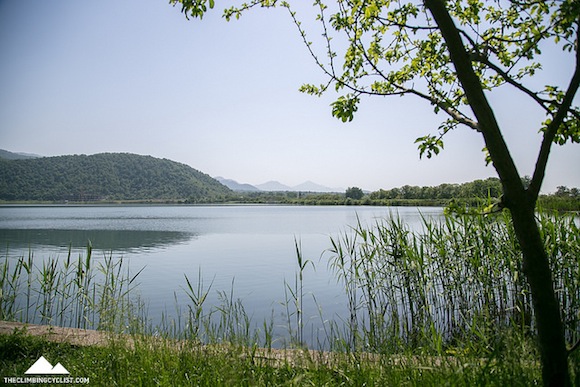 In the past month I’ve only ridden my bike twice. The first week of inactivity was due to the fact I was overseas covering the Tour d’Azerbaidjan for CyclingTips (which was a great experience) and didn’t have my bike with me. But I got sick while I was over there and the back end of that illness has meant I’ve managed just two short rides in the weeks since.

I don’t want this to be another post in which I bemoan the fact that I’ve been sick and haven’t been able to ride. God knows I’ve written enough of those in the past nine months. What I do want to write about is the lessons I’ve learned throughout what has been a frustrating period and how I can use those lessons going forward.

I guess it’s human nature to only really pay attention to our bodies when something is wrong. I don’t know about you but when I’m fit and well I very rarely stop and think to myself “I’m feeling good and it’s great to feel healthy.” But the opposite is certainly true. If I’m feeling unwell I’ll definitely spend some time thinking about the fact I’m sick and what that illness is stopping me from doing.

In the period leading up to Azerbaijan I had enjoyed a solid chunk of time where I was able to ride often, feeling fit and strong throughout. A week before Azerbaijan I went out to the 1 in 20 and got within 15 seconds of my PB. I was getting close to the fittest I’ve ever been.

I was looking forward to continuing to build my form, working up to a return to the Northern Suburbs Three Day Tour. I’ll have to leave that for another year now.

I find it easy to get frustrated at times like this, to feel anxious about not being able to simply head out for a bike ride. But now I want to try to channel some of that frustration into something a little more positive and constructive.

For a start, I’m very lucky to have the means, the general health and the opportunities to pursue something as rewarding as cycling for a hobby. This is going to sound clichéd and trite but there are many people around the world that never get such opportunities. Not only am I in the privileged position to be able to pursue a hobby that keeps me fit, healthy and happy, I’ve also been able to make a living around that hobby. I’m very grateful for that fact.

Second, I suspect it’s worth looking at the bigger picture. Yes, I’ve spent weeks at a time off the bike in the past year but in the grand scheme of things that’s not much at all. Sure, I’ve lost hard-earned fitness a bunch of times in the process and had to work hard to get it back, but I can do it again and I’ve still got plenty of time to do so.

But perhaps the biggest lesson I can learn from this whole experience is that being off the bike is actually a very motivating experience.

Logging into Strava and seeing the amazing rides people are doing, watching epic stages of the Giro d’Italia, reading stories and seeing photos of amazing rides — it’s all motivating at the best of times. But when you’re not able to channel that motivation straight away — by getting out there and recreating those moments yourself — that feeling can build up, ready for you to use when you are able to ride again.

And that’s another lesson I need to learn; not diving right back in at the intensity I was riding at pre-break. In hindsight, I’ve probably pushed too hard too early a couple of times in recent months. I probably shouldn’t have climbed Arthurs Seat five times in one ride so soon after getting back on the bike, for example, even if I did take it easy.

And finally, when I get back to riding more regularly (hopefully in the coming week or so) I want to remember what it’s been like not being able to ride. I want to remember that feeling of frustration, and to be able to contrast that with the joy of finding a new climb, or claiming a PB on a favourite climb, or simply just riding to work.

I want to make a habit of checking in on my own health every so often and being grateful when I’m healthy enough and fit enough to be able to ride for fun, for fitness and for my sanity.

I hope this hasn’t come across as too self-indulgent. I hope instead that you found something you can identify with in this post and maybe even take from it.

I’d like to leave you with some photos and a video I shot at the Tour d’Azerbaidjan. You can see everything I wrote and put together at the race over at CyclingTips here and you can see a larger gallery of photos at my Flickr page here.

Until next time, thanks for reading. It means a lot.