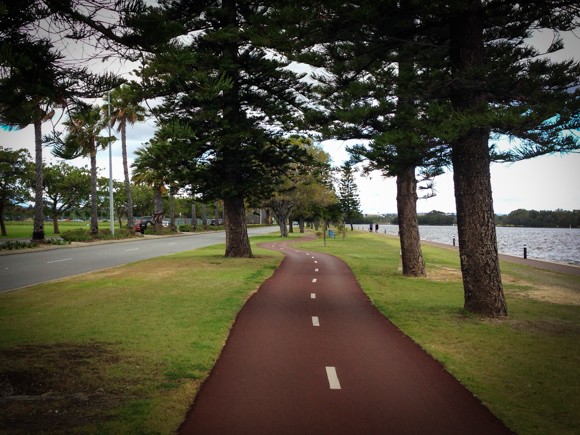 Over the past three months I’ve written plenty and often about the lingering illness I picked up after getting back from the Tour de France.

In that time I got a round of blood tests done and saw two doctors, both of whom told me I was fine. Except I wasn’t. A 25km flat ride would wipe me out for weeks. Several times I went more than a fortnight without riding because I simply couldn’t muster the energy.

The hardest part was not knowing what was going on. The doctors had told me I was fine but I wasn’t feeling fine and I wasn’t getting better. I didn’t know if I was just going to keep feeling sick or if rest would make things better.

A couple weeks back I finally got some answers.

I had sent out a despairing tweet about being sick of being sick and an emergency doctor by the name of Dr Carl Le got back to me, saying I should go and see him. I was keen for answers, he seemed happy to help and so I went over to Knox Private Emergency Department and saw him.

We did some blood tests to rule out a bunch of potential illnesses that my first blood test hadn’t checked for — glandular fever, dengue fever, hepatitis, even HIV. I had a chest X-ray done and also went along to a cardio clinic and did a stress echocardiogram (ECG).

The stress ECG involved sticking electrodes on my chest to measure how my heart reacted to increasing levels of physiological stress. I started walking on a treadmill and every couple minutes the gradient of the simulated path and the required walking speed would increase. This continued until I was running and I was at my max heartrate.

The good news was that my heart is perfectly healthy. No sign of arrhythmias or anything (something I’d been worried about last summer) and I’m able to push as hard as I want on the bike, according to Dr Carl. The bad news: I still didn’t have any answers about why I wasn’t starting to feel better.

Thankfully the blood tests were able to shed some light. Turns out I had what is known as an ‘atypical pneumonia’ – a form of pneumonia caused by a type of bacteria that’s not responsible for more ‘standard’ forms of pneumonia and that doesn’t respond to regular antibiotics.

Because the illness hadn’t been detected earlier I didn’t get a chance to throw antibiotics at it and as a result my body had to fight the infection off on its own. It got the job done, but it took nearly three months to get there.

The blood tests also revealed that I had a Vitamin D ‘insufficiency’ (the levels weren’t low enough for it to be called a ‘deficiency’). Thankfully that’s easily fixed with Vitamin D supplements.

I can’t explain how much of a relief it is to finally have some answers and to know what my body’s been fighting the past three months. Most importantly, and as the blood tests showed, my body’s fought off the illness and I’m on the improve.

I’ve been getting back on the bike here and there and I’m slowly starting to work my way back into things. I’m pretty bad at pacing myself – I usually jump straight back in where I left off, and promptly realise that I’m just not able to do what I could before.

I’d be surprised if I did more than a dozen rides in the past three months and many of those were short and flat. I’ve lost an incredible amount of fitness and it’s going to be a long and painful road to get back to the form I was in while following the Tour de France.

But, I’m making small steps in the right direction and I’m motivated to get back to the level I was, if not higher.

The first rides I did after learning about my diagnosis were over in Perth. I was over there to see my youngest brother Ash perform his final recital for the jazz double bass course he’s doing at the Western Australian Academy of Performing Arts. The gig was amazing, it was an amazing few days and I really enjoyed getting to explore Perth by bike.

I rode to Fremantle and back one day (roughly 30km each way), I did a lovely ride around Kings Park (which looks out over the Swan River and the Perth CBD) and I rode to the airport on the final day we were there.

I even managed to put in a hill-climbing effort on a short climb near Kings Park and found that I didn’t suffer too much the next day. That next-day exhaustion and unwell feeling had been a defining feature of the illness and I’m so glad to have left that behind.

In wrapping up I’d like to say a big thank you to Dr Carl Le for his concern, care and for helping me to (finally!) find some answers. The awesome nurses at the Knox Private Emergency Department deserve a special mention too. I might only have been there for a couple hours in total but they did such a great job of looking after me. It was a welcome reminder just how important a job the good folks in the medical professions do.

Thanks very much for reading and a special thanks to everyone that’s left comments or sent me tweets, Facebook messages and emails over the past few months. The support means a lot and I’m glad so many of you have gotten something out of reading these posts, even if has felt like I’ve just been whinging at you all.

The good news is I can now get back to focusing on riding, and writing about riding, both of which I’m very much looking forward to. Stay posted for reports from the Domestique Dirty Dandys ride and a weekend at Mt. Buller which included a climb with Simon Gerrans.

29 Replies to “The long and winding road back to health”