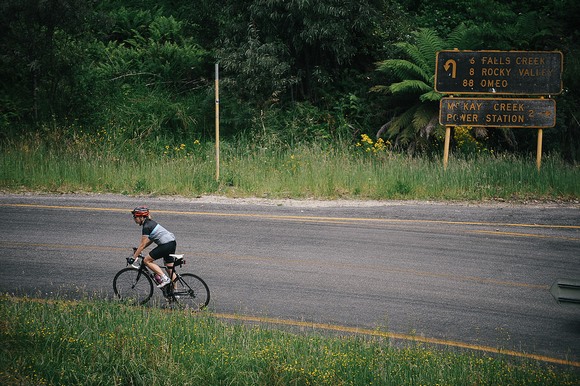 This is the first of four blog posts about a recent trip to the Victorian Alps for the Domestique 7 Peaks Series. Stay posted for the remaining instalments.

The 2014/15 Domestique 7 Peaks Series comprises seven events over a period of three months, but four of those rides come in just three days. For the past few years Andy van Bergen and I have organised a trip to the Victorian Alps between Christmas and New Years Eve, to help riders tick off the majority of the 7 Peaks in one go. This summer was no exception and on December 27 we began another action-packed weekend of climbing with an ascent of Falls Creek.

Last year’s Falls Creek ride took place in oppressively hot conditions but this time around we were slightly more fortunate. The sun still had a bit of a kick to it at the start in Mt. Beauty, but with the temperature hovering in the mid-to-high 20s, it was far more comfortable than the high-30s we’d experienced 12 months earlier. 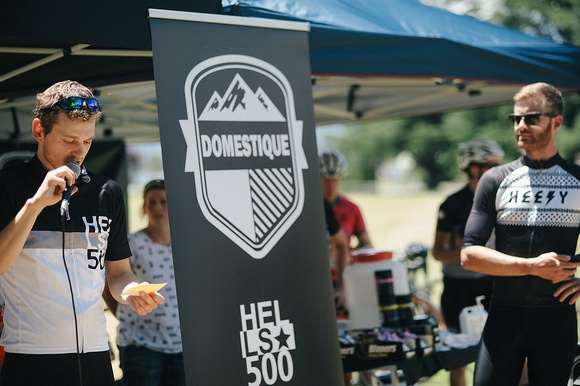 In the weeks leading up to the ride we’d been expecting 100-150 riders to turn up for Falls Creek, but in the days before we saw a significant increase in sign-ups. I’m not sure if people were leaving it to the last minute to see what the weather was doing, or whether they didn’t know if they could get out of town until the very last minute. Regardless, it was terrific to see somewhere between 200 and 250 riders in Mt. Beauty as Andy and I said a few quick words before we all started to tackle the 30km climb.

As is normally the case I started at the back of the field having taken a few minutes to get myself ready after the pre-ride briefing. There was a decent group that had waited until the end to leave and Andy and I joined them as we started climbing the initial ramp out of Mt. Beauty.

It quickly became clear that if I wanted to stay with the frontrunners in the ever-disintegrating group, I’d need to work pretty hard. I had a decision to make.

The climb from Mt. Beauty to Falls Creek has a long section in the middle which is pretty undulating and occasionally flat. It’s the sort of section that’s worth hitting in a group, so you can spend a bit of time drafting.

I had that thought in my head as the stronger riders rolled away from me on the lower slopes of Falls Creek. At the same time I was well aware that there were still three mountains to climb in the following two days and that it might make sense to conserve my energy.

I let the riders go and tried to find a comfortable rhythm with which to tackle the climb. 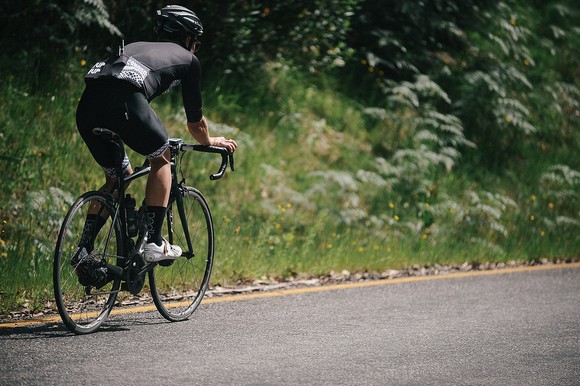 I spent much of the ascent riding on my own, passing the occasional group or solo rider, and often getting passed as well. It wasn’t until the second half of the climb that I caught up to a familiar face in Rohan Wills, riding and chatting with him as the kilometres passed by. Riding solo is always great for a spot of quiet contemplation but if you want a climb to tick by quickly, find a mate and do it with them.

The familiar hairpin at 6km to go arrived quicker than expected, so too did the tollbooth with about 4km to the top. And before too long we were at the Falls Creek enjoying a sausage sizzle courtesy of the good folks at the resort. Thanks Kate and co!

I’d naively hoped that, even without much recent climbing in my legs, I’d be able to breeze through the weekend and certainly the first climb of that weekend. But despite the chat with Rohan being a welcome distraction, the climb to Falls Creek proved much harder than I was hoping it would. It didn’t bode well for the days ahead. 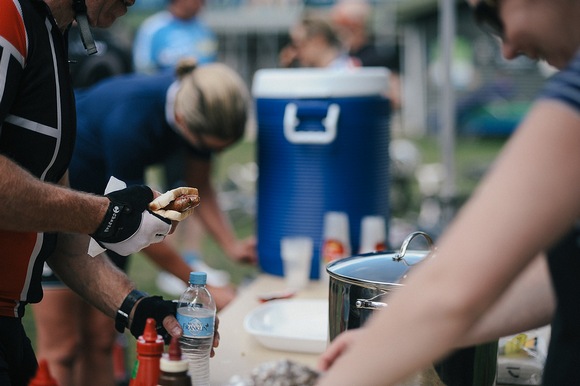 Unlike previous years where we’ve stayed at Falls Creek, this time around we were staying in Bright for the weekend. This meant a drive over the Tawonga Gap to get to our accommodation after the ride. It was a little bit of a hassle, but as we’d find out in the coming days, being in Bright would simplify things significantly over the course of the weekend.

All in all, our ride up Falls Creek was a great taste of what was to come over the following days. The turn-out was great, the weather was immaculate and it was more than satisfying to see dozens of satisfied faces on the mountain.

A big thank you to all of the amazing volunteers who helped us out on this ride: Sharon Ridgway, Tammy van Bergen, Dr Ryan McMullan, David Jukes and John van Seters. Thanks too to our Series sponsors: Winners Nutrition, CycleCover, Sukkie Hydration and Tourism North East.

All photos in this post appear courtesy of Caz Whitehead. You can find more photos from the ride here.