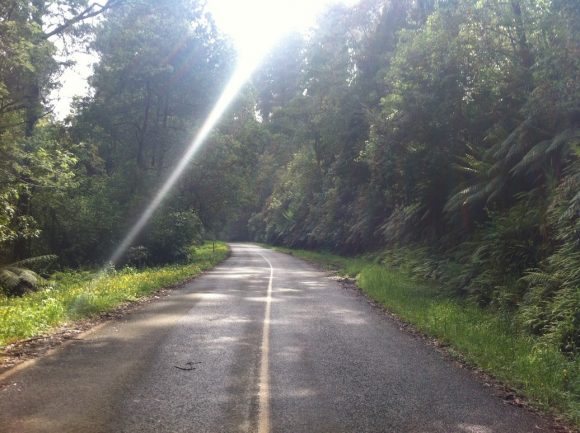 I learned a lesson the hard way last week: if you’re going to take a photo of your new bike and post it on Twitter, first ensure you’ve adhered to “the rules”.

First, make sure you’ve left the bike in the big ring. Second, pedal cranks should be positioned at nine and three o’clock. And third, one must never, ever take a photo of one’s bike (let alone ride it) with the massive black spoke protector still attached to the cassette.

I speak from a position of experience, having failed to do all three of the above. The Twitterverse wasted no time in setting me straight. Here’s a selection:

The following night I pulled out my trusty pocket knife and set to work, removing the innocuous piece of black plastic that had offended so many.

So what type of bike did I get? Well, it’s a Cannondale CAAD10 3. It’s got a (ridiculously) lightweight aluminium frame, carbon bottom bracket and cranks and full Ultegra componentry. More about the bike later. 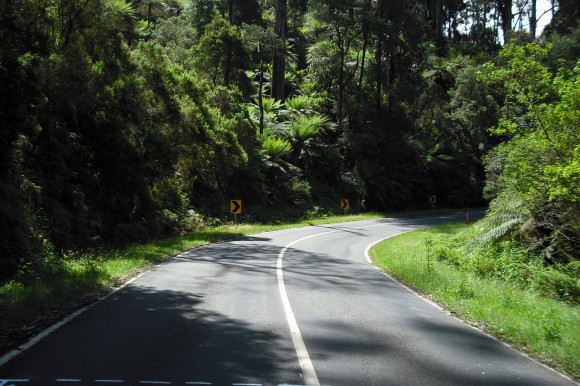 When I got back to work on Wednesday last week I was already looking forward to the weekend. The cycling trip I’d planned the week before had ended prematurely and I was very much looking forward to getting out for a ride again (having a new bike to try out didn’t hurt).

My work colleague Paul (who wrote a terrific guest post late last week) had been talking about climbing Mt. Donna Buang at the weekend and I was more than keen to come along.

With Saturday being a write-off due to horrendous weather, we decided Sunday afternoon would be our best chance of climbing Donna without getting soaked. I rode from my place in Thornbury over to Paul’s in Donvale, we loaded the bikes on to his bike rack and we were off.

We jumped out at Launching Place and got stuck in to the 12km of rolling hills that serve as such a great warm-up to the climb itself. We set a cracking pace to the base of the hill, enjoying the fact the rain had stayed away. Better than that, the miserable grey clouds had departed leaving blue sky in their wake.

It was Paul’s first time on the slopes of Mt. Donna Buang and he’ll be the first to admit he found the going pretty tough. We stopped a number of times on the way up and to Paul’s credit, he persevered, getting to the top before promptly collapsing on to the grass at the base of the lookout tower.

For me it was just great to get out on the slopes of the awesome Donna Buang climb again and on what turned out to be a surprisingly gorgeous day for it. The new bike performed beautifully on the climb and the compact crankset left me with plenty of gears to spare (which will be good for some of the steeper climbs I’m keen to try at some point).

The descent was particularly brilliant — the Cannondale feels so much smoother than my old Trek did and I found myself descending faster and cornering more confidently than I ever have before*.

After completing the descent from Donna Buang we flew back to Launching Place before driving back to Donvale. Paul had offered to drive me back to Thornbury but I was keen to ride home and notch up my first century since I started training for the 3 Peaks Challenge.

I sped back along the bike track that runs parallel to the Eastern Freeway and after a bit of a detour through Ivanhoe (thanks to some serious flooding near Burke Road, see image below) I arrived home a little after 7.30pm.

In the end it was a solid hit-out and good to get in a solid climb early in the training process. That said, I’ve still got a lot of work to do and I’m really looking forward to the building up the training as I go along. I feel like I’m probably fitter than I was at the same time last year and the riding to work (albeit a short distance) is probably helping.

I’m keen to start extending my home commute so I get in more than the 9km it takes to get home. Those weekday kays, on top of some solid weekend riding, should help develop my fitness base and leave me in good stead.

Before we wrap things up a quick reminder to come and say “hi” over at Twitter, Facebook and/or Strava if you haven’t already. Of course comments on this post or anything else related to the site are always welcome to.

Until next time, stay safe on the roads, and happy riding!

*I am not sponsored by Cannondale.