He’s only been cycling for five months, but the man they call the Donvale Demon is not one to shirk challenges. He’s already completed the 210km version of Around the Bay in a Day and he’s just signed up for his biggest challenge yet — the 3 Peaks Challenge.

I rode a bike in June for the first time since adolescence, barring one or two days on borrowed machines. I’d bought a Merida T-bar road bike that – to me – felt as light as a feather, bearing in mind my last bike, in the 90s, was a mountain bike made of tank steel circa 1945.

I started commuting to work – 25km each way from Donvale, Suburb of the Gods, to the north end of Melbourne’s CBD – in early August. When the Merida got going it was fast but I couldn’t help noticing people zipping past me, without breaking sweat, every other minute. Disheartening? To say the least.

In October I upgraded (impulsively but with no regrets) to a delicious carbon BH road bike. When it gets going it makes a noise, a light, constant hum that makes me happy. Two weeks after buying it, I did the 210km Around The Bay in A Day.

That’s when I named my bike El Duende.

I’ve noticed a few things about gravity since my (still moderate) hill training began in earnest a week ago: it sucks. Mainly backwards. It just loves to pull you down hills when you’re trying to reach the top. To stop that happening, I realised I was holding on for dear life, trying to pull myself up hills by the handlebars. 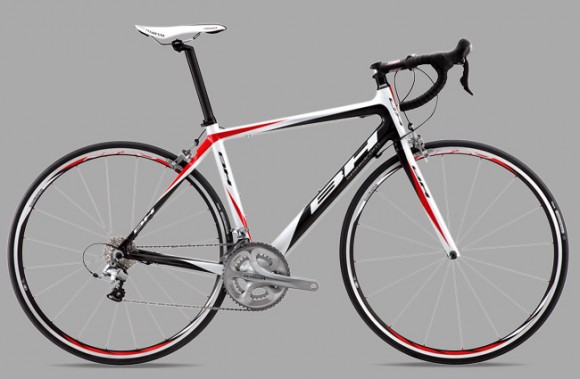 I now know that doesn’t work. All you’re doing is pulling yourself away from where you want to go, which is forwards, upwards. So what do you do? Relax the death-grip and work your legs, brother. Keep your breathing as smooth as you can, your pedaling constant and true. Think of a song you like – Higher Ground seems apt – and try to focus on that, not the fact your jersey’s being stretched by your heart slamming in and out of your chest.

Try not to get caught up in bitter thoughts such as “gravity hates big people” – even though it’s true.

I’m 1.89 metres and 93.3 kilos. I’ve only just discovered my weight, as it happens, but gravity knew it all along.

El Duende has been modified. It’s had a compact cassette fitted – to complement the compact crankset.
But weight’s another issue. My rough calculating method (looking at the spec of stuff on the Chain Reaction website and doing rudimentary maths) suggests every gram saved on a bike costs at least $1, but often heaps more. Or, in other words, a paltry kilo is going to set you back $1,000 plus.

I feel more ravenous these days than I ever have, and now I want to shed three kilos.

31 Replies to “Guest post: Heading for the hills (3 Peaks here we come)”