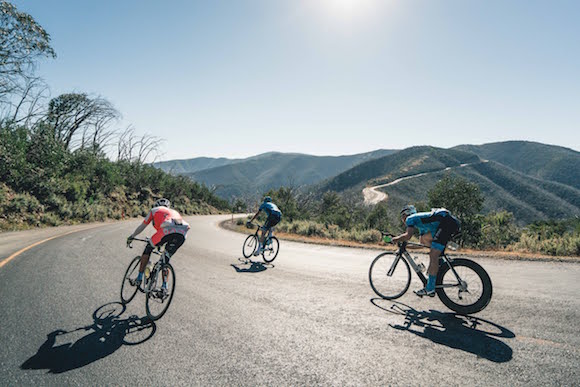 The following is an article about how to prepare for Peaks Challenge Falls Creek, an epic 235km gran fondo held in the Victorian Alps each March. This post was sponsored by Bicycle Network.

It blows my mind that, by next March, there will have been 10 editions of Peaks Challenge Falls Creek (formerly 3 Peaks Challenge). The years have certainly flown by! I have fond memories of training up for the inaugural ride back in 2010, naively building up towards the big day. I don’t have such fond memories from the ride itself (my own fault) … but I did go on to successfully complete “Peaks” three times in the years that followed.

In the lead up to the 10th Peaks Challenge Falls Creek I’ve been chatting with the folks at Bicycle Network — the owners and organisers of the event — and they asked if I’d pen some thoughts about what’s involved in training up for the ride. I was happy to oblige.

So, if you’re training up for your first Peaks Challenge, or deciding whether to take the plunge, or maybe you’ve done it before but want a different perspective on how to approach it, this article is for you.

At its core, the secret to training up for Peaks Challenge Falls Creek is fiendishly simple: ride your bike. Lots. But you knew that, right? You knew that, in order to get into shape for 235km mountainous kilometres, you’d be facing many hours of tough riding, lots of it uphill. Right?

Each time I’ve attempted Peaks Challenge I’ve started training around this time of year — sometime in October, four to five months out from the event. I’ve found this gives me enough time to build my fitness up from my usual base of 100-150km a week, without rushing things too much. And it’s important not to rush. Even if you could, there’d be no sense going out and flogging yourself for 200km now, so far out from the event. You have to build up to it, to allow your body to adapt.

Just as Peaks Challenge itself should be broken down into manageable chunks (the descent of Falls Creek, the climb up Tawonga, the approach to Mt. Hotham, etc.) so too it’s worth breaking the training down into slices, to make it feel more manageable and to maintain your motivation. Don’t worry about how you’re going to get through a 180km-200km training ride several months from now — worry about the ride you’re doing this weekend and what you want to get out of that.

How long should your first training ride be? That depends on how much riding you’re doing already. The advice you’ll often hear from physios, coaches and others in the know is that you shouldn’t increase your total riding distance by more than 10% week on week. Don’t do a 70km ride this weekend then go out and smash yourself for 120km the week after. Build into it and give yourself time to adapt.

You want to get home feeling like you could have gone further, rather than emptying the tank or injuring yourself and despairing at how you’re going to go on your next training ride. 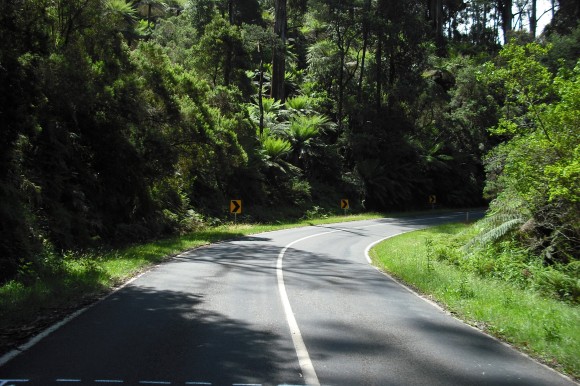 Many training plans will tell you that you need to be training four days a week (or more) to complete Peaks Challenge. In my experience, that really isn’t the case. What I’ve done in the past — and what I’d do again if I was riding it in 2019 — is one long ride on the weekend with several smaller rides during the week. In my experience, commuting is fine for those shorter rides, just as long as you’re getting, say, half an hour to an hour in the saddle.

Sure, more than one substantial ride per week is going to be much better, but if your goal is simply to finish Peaks Challenge, and you’re time poor, the above should get you through just fine (again, everyone is different).

Many training plans will also tell you that you need to be doing specific intervals to train for Peaks, but to me, unless you’re riding it to finish in a particular time, you’ll be just fine focusing on long, slow kilometres in the hills, increasing the distance a little bit each week.

And the hills part is important, obviously. Just as you should be increasing the distance you’re riding each week, so you should be increasing how much climbing you’re doing. And don’t just go and ride repeats of the same local climb for hours on end, weekend after weekend. Apart from being mind-numbingly tedious, this won’t give you the variety of climbing that you need to be properly prepared for Peaks.

Get out and do a variety of climbs, of different lengths and, importantly, different gradients. You don’t want your first experience of a 10%+ gradient to be when you hit the Back of Falls after 200km of Peaks Challenge. Get familiar with climbing on steep stuff, get comfortable with it if you can. Find climbs that are similar to what you’ll face on the day.

And don’t just spend your time riding in the hills — spend time in the mountains. If you get to the startline of Peaks Challenge and you haven’t climbed a proper mountain, you’re going to have a bad time.

If you live in Melbourne or its surrounds, you’ve got some great options quite close by. Mt. Donna Buang and Lake Mountain are both genuine alpine climbs and both are around 90 minutes from Melbourne. Get out there and get familiar with what it’s like to be climbing for over an hour at a time.

Ideally, you’ll want to get out to the Victorian Alps at some point during your training, too. It’s not absolutely necessary, of course, but there’s real value in seeing what you’re in for come March next year.

Get out and climb Tawonga Gap from Mt. Beauty as you will on the day. Get out and climb the mighty Mt. Hotham. If you can swing it, climbing the Back of Falls is a good option too. Don’t do all of these climbs in one day, obviously, but checking them out at some point will certainly help.

Why? Because, to me at least, an important part of training for Peaks is the psychological preparation. When you roll off the startline in March, you want to know that you can get over Tawonga Gap easily, that you can conquer Mt. Hotham without too many problems, and that the Back of Falls, while steep, is manageable. Having that confidence will go a long way to ensuring your success on the day.

Because at some point during Peaks Challenge Falls Creek — or probably at several points — your body is going tell you it’s had enough. You’ll be hurting all over and you’ll be wanting to stop. Your mind needs to be strong enough to push you on anyway, to battle through the discomfort. Mind over matter, as they say.

And you can train this. In the latter stages of your training, get in the habit of doing sizeable climbs when you’re already fatigued. You won’t enjoy it, but doing so, and relying on your mental toughness, will give you something extra at Peaks. When you round WTF Corner and come face to face with the Back of Falls climb, you’ll be in a much better place if you know that you have the strength to will yourself on, in spite of the discomfort.

I’d recommend doing your last training ride a couple weeks out from the event. Make it a hard one, with lots of climbing.

In the past my last ride has been one that I’ve referred to as the Demon’s Double. Somewhat confusingly it’s got three major climbs — Reefton Spur, Lake Mountain and, at the very end, Mt. Donna Buang. At 180km long with 4,000m of climbing it’s a bloody hard day in the saddle, but one that will prepare you really well for Peaks.

Starting that final ascent of Donna Buang, drenched with fatigue, is far from easy. But in that way it’s not unlike Back of Falls at Peaks Challenge, minus the insane gradient. It’s always helped me at Peaks knowing that I’ve been able to conquer a ride as hard as the Demon’s Double.

As you build towards March, consider other factors beyond the riding. Make sure you’re getting enough sleep after your training efforts. This is vital — without enough sleep you won’t recover fully, nor allow your body to adapt properly.

As you near the end of your training, consider your nutrition strategy too. What will you be eating on the big day? How much of it? You really don’t want to discover on the day of the event that you can’t stomach more than three gels in one ride and that’s all you’ve got with you. I can tell you that from experience.

And speaking of mistakes I’ve made that you can learn from: make sure you get your bike serviced close to the event. It’s worth the money to make sure that everything’s in tip-top shape, especially given you will have worked so long and hard to be there. Don’t let that all go to waste because you were too lazy to get your bike serviced.

In a similar vein, and it might sound obvious, but please make sure you can do basic repairs like fixing a puncture. You’ll want to be self-sufficient when it comes to getting yourself rolling again if you do run into such issues.

If you’ve signed up for the 10th edition of Peaks Challenge Falls Creek, you’ve probably already started training. It probably feels like you’ve got a tough journey ahead of you; it can sometimes feel overwhelming.

Try to enjoy the process, the build-up and the feeling of progress. That’s what always motivates me. The feeling of inching slowly towards your goal, while seeing small improvements along the way. Sure, you’ve got one big goal in mind, and that’s the primary motivator, but there’s a real pleasure to be had in the discipline of training too — those small steps towards that goal, week by week.

The advice above is based on my own personal experience — it might not be the best fit for you. Listen to your body and adapt your training as required. If you do one thing though, be sure to start the hard work now. Building a big solid base will serve you far greater than cramming all your training at the end.

Good luck and have fun!

This post was made possible through the support of Bicycle Network. Follow the link for more information about the 2019 Peaks Challenge Falls Creek, the event’s 10th edition.

Got questions or feedback about the article above? Or thought I’ve something I’ve missed? Let me know in the comments below!