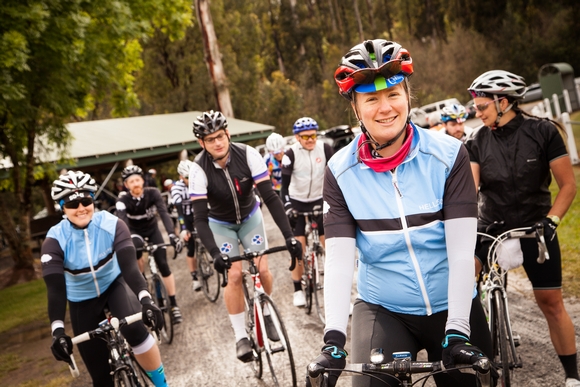 Over the past few months Andy and I have received plenty of emails and social media messages asking us the same questions: “What’s happening with the 7 Peaks rides this summer?”, “Are they happening?” and “What are the dates?” Well, we now have some answers for you.

As a quick catch-up for those of you that aren’t familiar, Domestique is a collaboration between this website, The Climbing Cyclist, and Hells 500, a cycling collective run by my good friend and long-time collaborator Andy van Bergen. We’ve been organising rides together for the past four years, including free rides to help cyclists of all abilities tackle the great mountain climbs of Victoria.

In the summer of 2015/16 — our fourth 7 Peaks season — we’ll be working with Tourism North East to help book-end their 7 Peaks Ride (formerly known as the 7 Peaks Alpine Ascent Challenge), holding a ride at the start of the season (Lake Mountain) and one at the end of the season (Mt. Buller).

The dates and times are as follows:

For those of you that have done our 7 Peaks rides in the past, the first question you’ll probably want to ask is: “so, you’re not doing all seven rides this year?” Sadly, it’s just not possible for us to do so this time around.

We’ve always said that it costs a lot of money to run a free series of events and sadly, putting on all seven rides just isn’t economically viable for us at this time. The 7 Peaks rides have been a great passion project for us and they’re something we still believe strongly in, but with the time investment required (literally hundreds of hours) we can’t afford to be losing money. (Incidentally, if you work for a brand that be interested in sponsoring this community-based free series, let us know …)

Of course, we could charge an entry fee for these events but we believe — as we know a lot of you do — that the cost-free nature of the rides is a big part of what makes them special. Charging you to come along would change the complexion of the series, not just in terms of how it would feel for you and for us, but in terms of what the various authorities and others would require and expect of us.

There’s another, more positive reason that organising this series is becoming increasingly difficult. As of yesterday, Andy and his wife Tammy have just welcomed their second child into the world and, understandably, their priority over the next few months is to focus on spending as much time with their kids as possible. I’m not under any delusions — I simply couldn’t organise the rides without their help and I wouldn’t want to try.

This does mean that, unfortunately, we won’t be holding our traditional three-day riding trip in the High Country between Christmas and New Years Eve. Of course, we strongly encourage you to head up there yourself and do the rides in your own time. We’ll even give you some pointers for other rides you can do in the area besides the major mountain climbs.

The good news is that we’ll still have two great rides for you to enjoy, the first of which is coming up in a month and a half. Our hope is that you’ll kick-start your 7 Peaks season with us, head off and tackle many of the remaining climbs with your mates, then return for the season-ender at Mt. Buller in March.

To find out more about the Domestique 7 Peaks Rides for 2015/16 and to sign up for free, head over to the Domestique Cycling website. We’ll send an email out to all those who registered in the week before the event with important information.

And for regular updates on each of the rides, be sure to sign up to the following Facebook event pages: one for Lake Mountain and one for Mt. Buller.

Thanks for reading and we hope to see you on November 15 for the season opener at Lake Mountain!