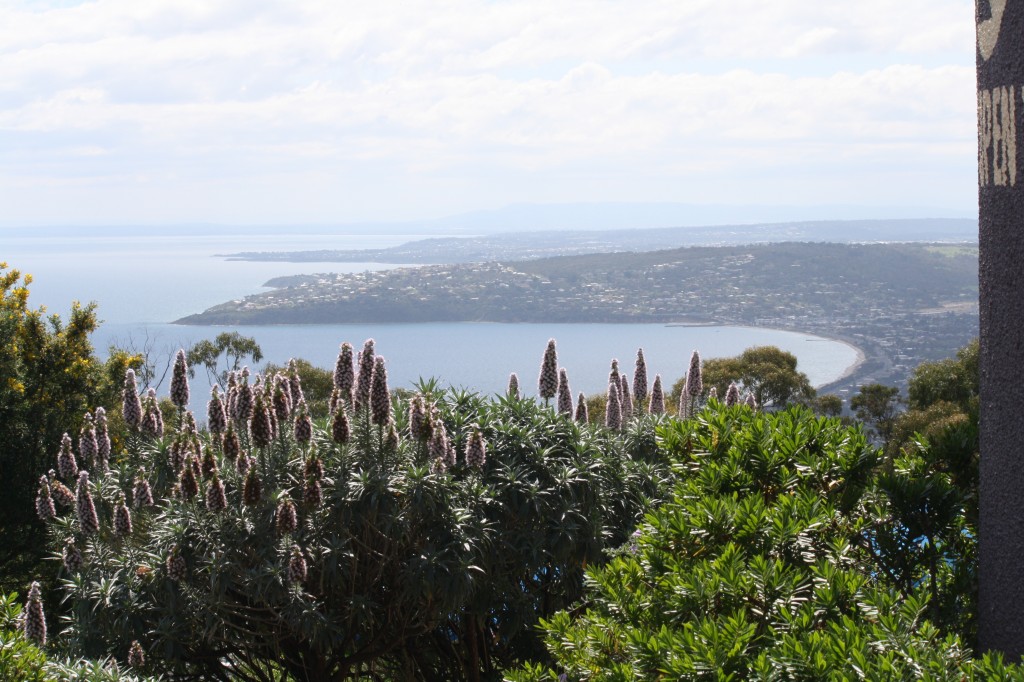 Arthurs Seat is already a pretty amazing place to visit. Throw in a hundred elite cyclists, some gorgeous weather, a large crowd and some great bike racing, and you’ve got the makings of a terrific day.

And so it was yesterday when I headed down to Arthurs Seat to host a panel discussion about the psychology of elite cycling. It was put on by the Royal Institution of Australia — an organisation dedicated to “bringing science to people, and people to science”  — as part of their Free Range Science program.

It’s always hard to tell how well these things have gone when you’re part of them, but Gary and Dave certainly brought some fantastic insights to the table and Phil was predictably brilliant. It was terrific to work with those three guys, an honour to meet and interview one of the true greats of Australian cycling and a privilege to be part of the day.

(The three sessions were all filmed — as were some pre-recorded segments introducing the panel. I’ve been assured that the videos will be available soon and when they are, I’ll put them up on the site.)

Our sessions took place in between the three climbs of Arthurs Seat so I had plenty of time to watch the race as well. In fact, I got to the mountain early enough to see the end of a stage in the Honda Hybrid Women’s Tour, which Lisa Jacobs won, securing the leaders jersey ahead of today’s final stage on the streets of Carlton.

The crowd at Arthurs Seat grew throughout the day until, at the culmination of the men’s race, there were several hundred people crowding the finishing gantry.  Team Katusha’s Igor Silin took out the stage victory and young Canberran Nathan Haas placed second, later scooping up three jerseys at the presentation ceremony: the sprinters’ jersey, the best young rider jersey and the yellow jersey for leader of the general classification.

Haas takes a 10 second lead into this afternoon’s final stage and with Jack Bobridge breathing down his neck, it’s set to be a great afternoon of racing. By all accounts, the course around Lygon Street and Rathdowne Street is very quick (assuming the rain stays away!) and it will be hard to pinch any meaningful amount of time back from the leader.

As the presentations came to a close yesterday evening and the crowd started to find their way off the mountain, I found myself inspired to start riding more often.

For the past five months I’ve been training for my first marathon (which I completed last Sunday) meaning I’ve spent less time on the bike than I normally would have. Unfortunately, I managed to pick up some tendon pain during the marathon which has made it painful to ride since. As soon as the pain subsides though, I’ll be back on the bike and hitting the climbs.