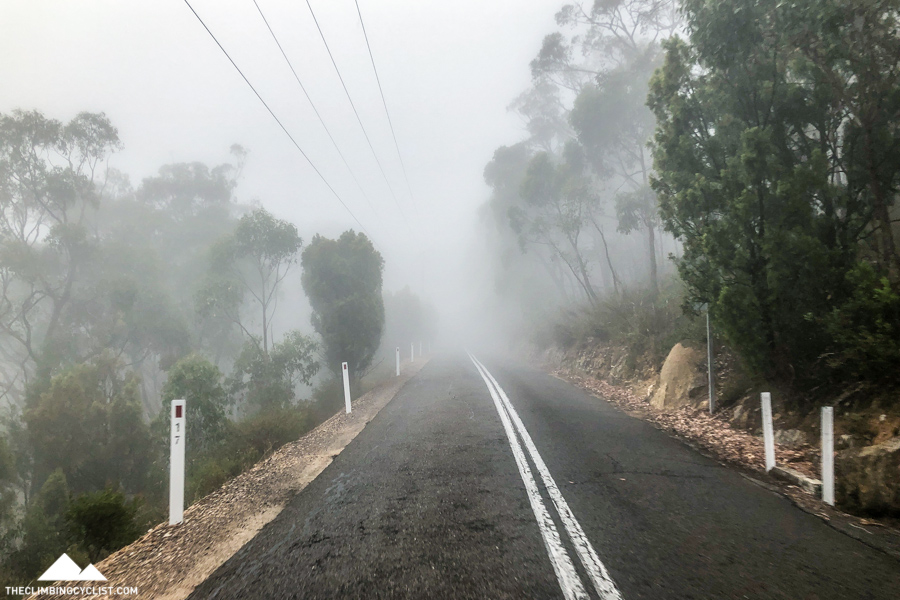 It’s been a good month since my last update on The PBs Project and there’s a bit to cover.

Before we get stuck in though, what is The PBs Project? Quite simply, it’s a challenge I’ve set myself this summer — to break a whole bunch of climbing PBs. I created a spreadsheet when the project began, with a list of the climbs I wanted to target, and I’ve added a few since then.

The last time I wrote here I’d just returned from Ballarat where I was covering the Australian Road National Championships for CyclingTips. In the weeks since then, I’ve been to Adelaide to cover the women’s and men’s Tour Down Under, I’ve been to Geelong to cover Cadel’s Race, and I’ve been all around Victoria to cover the Jayco Herald Sun Tour. Let’s go location by location.

I went to Adelaide with the hope of setting new PBs on what are perhaps the city’s two most famous climbs: Norton Summit and Corkscrew Road.

I was nervous heading to Corkscrew Road. The last time I climbed it I nearly lost my breakfast at the top and I wasn’t looking forward to that feeling again. Thankfully I was quite a bit fitter this time around and managed to take nearly 30 seconds off my previous best (from 10:42 to 10:14).

I rode Norton Summit pretty early on in my visit, mainly with the goal of sussing out the climb again and working out the best pacing strategy. I actually ended up riding it pretty hard and set a new PB by around 20 seconds (18:21 to 18:02). I’d planned to head back and give it a full-gas effort, but decided I’d rather spend my time trying to get other PBs around the city.

The first additional climb I tried was Greenhill Road. I’d never really had a proper crack up there so I knew a new PB should be relatively easy. I rode it as hard as I could and slashed almost three minutes off my previous best (from 28:40 to 25:48). The highlight of this ride was doing it alongside fellow journo and Adelaide local Reece Homfray (from the Adelaide Advertiser). 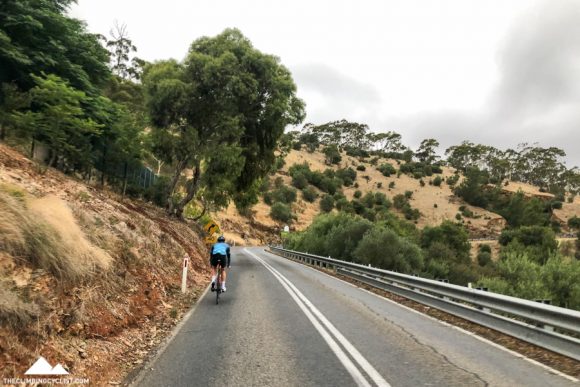 Next on the menu was Old Norton Summit Road. I seem to remember giving this one quite a nudge a few years back, so it was satisfying to take 90 seconds or so off that time (from 19:14 to 17:42).

And finally it was on to the Old Freeway, a climb I had ridden reasonably hard in the past. I gave it everything and set a new PB by nearly three minutes (from 28:40 to 25:48).

At Cadel’s Race I had just one climb I wanted a new PB on: the brutal Challambra Crescent. I’d definitely ridden this one hard in the past so this one had me a little nervous. Particularly when bad weather and a mountain of work meant I had just one opportunity to ride it in four days.

After Cadel’s Race I headed to the Sun Tour. I was fortunate enough to have my bike with me which meant I could get a couple of rides in.

One of the rides I did was the east side of Tawonga Gap. I was riding with a fellow journo Sam Edmund (from the Herald Sun) … at least for the first couple kilometres. After that it was all about survival.

I ended up taking about a minute and a half off my previous best, which was very satisfying, even if Sam absolutely obliterated me on the climb.

This is the only race report you need to read from the #SunTour: the outcome of my head-to-head battle with @SammyHeraldSun on the Tawonga Gap climb this morning. #JHST @HeraldSunTour pic.twitter.com/WVfg1MBuM9

Sam and I also rode Mt. Buller together. Or rather, we were together at the start of the climb. My legs were shagged from the ride up Tawonga the day before, and from the quick pace we’d ridden on approach to Buller.

I knew I wasn’t going to be able to set a new PB (under 55:47) — I haven’t done any training on such long climbs yet — but I was hoping to go under an hour. It was a struggle-fest the whole way up, exacerbated by some gusty headwinds at times, but I managed to reach the village in 59:32. I was happy with that, given how fatigued I felt.

That bloody hill in Eltham

Between Tour Down Under and Cadel’s Race I also found time to head out to Eltham to take on a short climb that’s swiftly become my nemesis. I was sure I’d got my PB, but for the third time in a row I fell short. Aarrgh!

I’ve got this week off work after a crazy start to the year, and I’m planning to make the most of it. I’ve got a couple of rides scheduled for this week — I’m thinking I’ll head down to Arthurs Seat to give that a nudge, and then head to the Dandenongs to tackle Hughes St and possibly The Wall.

I’ve still got quite a few climbs on my list and I suspect this project will extend well into autumn. As I’ve written a couple times before, I’m leaving the hardest ones to last, to give me time to build up the requisite form.

The ones I’m most nervous about are The 1 in 20, Kinglake and Mt. Donna Buang. I was probably the fittest I’ve ever been when I set those PBs so I’ll have my work cut out for me there. But hey, I can only try, right?

One Reply to “The PBs Project: Adelaide, Geelong and more”