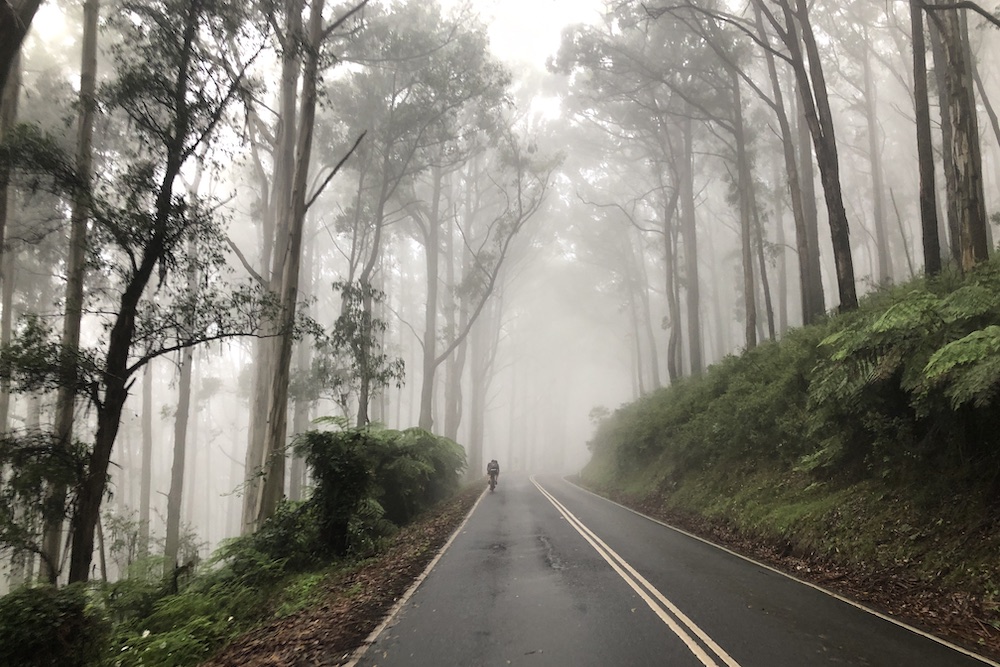 A little over two years ago I started what would become a seven-month project to set a whole bunch of new climbing PBs. There wasn’t anything particularly complicated about my plan – I just wanted something that would help keep me motivated for a summer of cycling.

The project went swimmingly. I earmarked 27 climbs I wanted new PBs on and I managed to get 25 of them. You can see all the details in this spreadsheet.

I was proud of what I achieved, and particularly proud of setting a new PB on Mt. Donna Buang after so long, and getting one in Eltham that took me four attempts.

But the two PBs that eluded me, well, they’ve kind of gnawed at me a little. The first is the ascent partway up Mt. Buninyong, as used in the Australian Road National Championships. Being about two hours drive away, that one feels rather unattainable for the moment. But the other climb, well, that’s a different story.

The other PB I missed was on the most popular of all the climbs around Melbourne, and one of the most ridden climbs in the country: the 1 in 20.

Over the course of several months I had three really good attempts at beating my PB of 16:41 (for the most popular of the 1 in 20 segments on Strava). I got to within 24 seconds but I knew I wasn’t going to get a new PB, without doing something quite different.

And so here we are. I figured it was about time I set myself a cycling goal, and posting a new PB on the 1 in 20 seems as good a goal as any. I’m calling it Project 16:40 because that’s the time I want. Just one second faster than my previous best. Just to prove to myself that I can still get faster on the bike if I put my mind to it.

It’d be easy to blame having a four-month-old at home for my lack of fitness, but that’s not the whole story. I work from home almost exclusively now, which means no baseline kilometres via commuting. I’ve also just got more demands on my time than a did in years gone by.

Plus, I’m 35 now, which, as much as I don’t want to admit it, is probably going to start having an influence on my ability to tackle these PBs. It’s certainly not going to get any easier from here on out.

With that in mind, what better time to tackle a challenge like this? I know I can still get fit if I put my mind to it. I trained up for an Everesting about a year ago (did I mention I wrote a book about Everesting?!) and while that’s a different sort of fitness to what’s required for PB-hunting, it still shows my body is very capable of adapting to focused training.

I’ll just have to get a bit smart with it all. With the little one at home, I won’t have a heap of time for lots of massive days in the saddle. Instead I’ll have to get quite specific with my training. My regular rides at the moment are an hour to 90 minutes long and so I’ll just need to incorporate some more intensity into those, with efforts that mimic the 1 in 20 and set me up for tilts at the climb proper.

Thankfully, I can get up and down the 1 in 20 and back home within 90 minutes, so getting there regularly will be easy enough.

I’ve got no specific timeframe in mind for this goal. Like with the PBs Project, I’m sure I’ll get to a point where I’ll realise that I’m not going to make further gains without significant work beyond what I’ve been able to do. At that point I’ll probably pull up stumps and call it a day. Hopefully that doesn’t happen too soon!

Ultimately, if I don’t manage to set a new PB, so be it. I’m ok with that. For me, there’s as much motivation and satisfaction in the process as there is in the final destination.

From here, the first part of the process is pretty obvious: head out and give the 1 in 20 a proper crack and see where I’m at. It won’t be pretty, but it will give me a baseline that I can improve upon.

I hope you’ll join me as I embark on this adventure. I know a bunch of you found inspiration in the PBs Project a few years back and I hope this quest will be the same.

One Reply to “Project 16:40: Unfinished business”