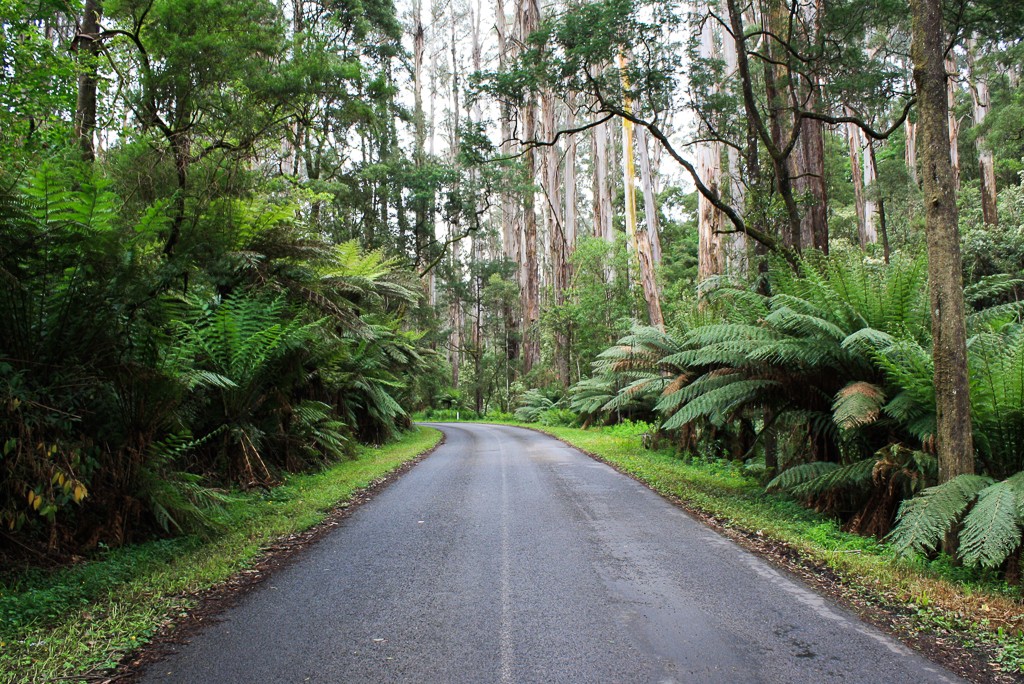 It’s that time of year here in Melbourne. Temperatures are starting to rise, the days are getting longer, and rainfall is becoming less and less common. In short, bike riding season is upon us and it’s hard not to want to get out and go for a leisurely (or not so leisurely) spin in the hills.

I say “bike riding season” because while we can obviously ride year-round here, I’ve tended to spend a bit of time off the bike during the colder and wetter months. Instead I’ll usually turn to running as a way of staying fit — it’s time efficient, it’s not as miserable in the rain, and it’s also just good to give yourself a new challenge every so often. Not only that, but a period of less riding tends to leave me feeling pretty inspired come spring.

So here we are in spring (almost summer!) and I’m loving being on the bike. But I know that if I want to keep it up, I’m going to need something to work towards. Something to provide a bit of a framework for my riding, to keep me riding consistently and with purpose.

In the past, events like Bicycle Network’s Peaks Challenge have done that job for me. But while I do have a couple of potential rides in mind for the warmer months, I wanted something a little more concrete to aim for in the immediate future.

A few months back I was looking over my best times for a bunch of climbs and I realised that most of them were set many years ago. It’s been quite a while since I set a meaningful PB and I figured it was time to change that. So that’s what I’m going to do over the next few months. I’m going to try and set new PBs on a bunch of my favourite climbs.

I started by making a list of climbs that I was keen to target. I didn’t include anything terribly far afield — nothing in the Victorian Alps for example. Besides a couple climbs in Adelaide (which I should get a chance to tackle at the Tour Down Under in late January) the furthest climbs from Melbourne are Mt. Buninyong (which I’ll get a chance to ride at Aussie Road Nationals in early January) and Lake Mountain.

I ended up with 21 climbs on my list. That may change over the months ahead, but that’s what I’ve got so far. For each of those climbs I set myself a goal time — for some of them, like the 1 in 20, I simply want to go under my previous best. For others, I want to set a much bigger record. For each climb, I set something that I thought was challenging, but realistic (given some work).

I then gave each climb a rating out of 10, based on how hard I think it will be to reach my new goal. The lowest I’ve got is a 4 (I’ve never really given Basin-Olinda Road a proper crack) and the hardest I’ve got is a 9 (it’ll take something special for me to beat my Mt. Donna Buang PB).

If you’re interested, you can see the full Google Sheet here. I’ll be updating it over the next few months.

As you can see, I’ve already made a start. I’ve attempted two new PBs and I got them both.

Last week it was The Crescent. I was aiming for under 11 minutes and got a 10:38. Today it was Montrose to Five Ways. I went in hoping for sub 19 minutes and managed an 18:35. Good start.

I’ve started with some of the easiest ones on the list, and there’s a couple reasons for this. First of all, I’ll need to get quite a bit stronger to tackle the 8s and 9s. Riding hard to set some of the easier ones first is a good step down that path. Also, it’s about building confidence. If I feel like I’m making progress with this project, that will keep me motivated to keep riding hard and to push for the hardest PBs on the list.

There’s also the fact that my main road bike, my Cannondale Synapse, is quite a bit heavier than the CAAD10s I set most of my PBs on. When it comes time to tackle the likes of Mt. Donna Buang and Perrins Creek Road, I want to make sure that I’m not hauling any more mass uphill than I need to. More on that at a later date.

So there we go — a plan for the 2019/20 summer. I’m excited to see how I get on. And now that I’ve put this out there publicly, I guess I’m committed! Stay posted for updates in the months to come.

How do you keep yourself motivated to ride? Have you got something you’re working towards? Let me know in the comments below!