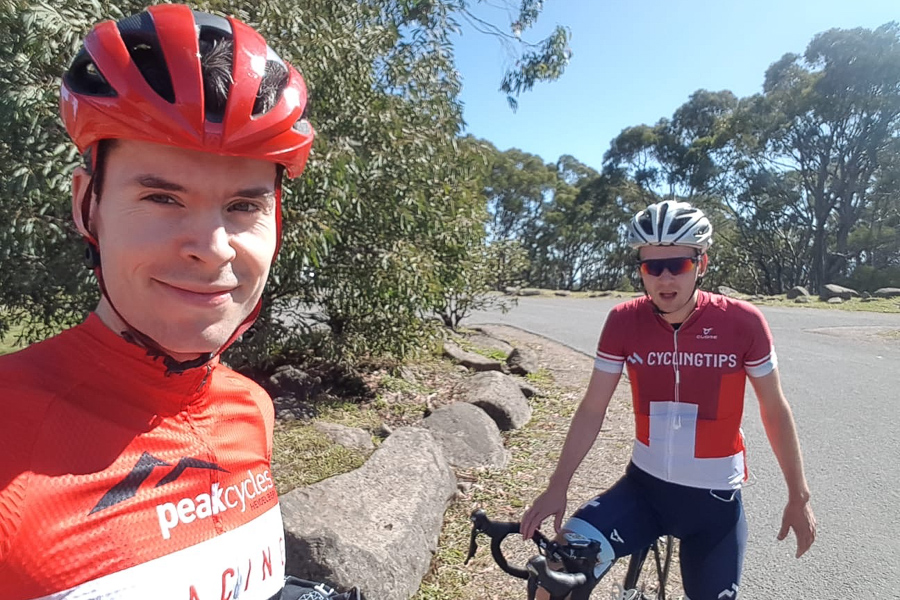 Well, it’s been a big month and a bit for the PBs Project. I’ve snagged plenty of new PBs, including some of the hardest ones on my list, and I’ve now got only a couple remaining before this whole project is done.

If you’re just tuning in, the concept behind the PBs Project is about as simple as the name suggests: set a whole bunch of climbing PBs. I’ve been at it since October last year, chipping away at a long list of climbs that I wanted to PB.

Here’s what’s happened in the five weeks or so since my last update.

Arthurs Seat: In early February I headed down the Mornington Peninsula to tackle the region’s most famous climb. I took 13 seconds off my best, going from 11:53 down to 11:40. While I was down there I figured I should have a crack at the nearby Caldwell Road too. That’s the steep street you see if you’re coming up to Arthurs Seat from Dromana. I took nearly a minute off my best there — not bad given my previous best was about 4:30.

The Wall: I thought this Dandenongs classic would be quite the challenge, but it turned out to be easier than I expected. I took my best from 18:07 down to 17:14. Happy with that!

Hughes St: Straight after climbing The Wall I headed down to Upwey to tackle Hughes St. My legs were very fatigued and I thought it could be a tough one, but I ended up getting there by about 30 seconds: from 8:14 to 7:43.

Devils Elbows: This one made me nervous. I’ve always found it to be a tough climb, and its one of the busiest sections of road in the Dandenongs so I wasn’t really looking forward to it. In the end I managed to take a good chunk of time off my best, far more than I thought I would: from 21:43 down to 20:25.

Perrins Creek Road: This was immediately after the Devils Elbows and I wasn’t exactly confident of getting it. By somehow I managed to squeak in 12 seconds under by best: 9:12 vs my previous best of 9:24. Awesome! 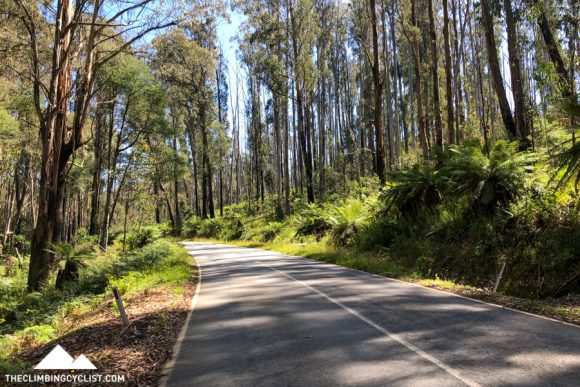 Lake Mountain: The weekend after Devils/Perrins I headed out to Marysville for one of the most important attempts of the whole project. I was reasonably confident of snagging a new PB, but this climb was as much about getting a hard effort in for Mt. Donna Buang — one of the climbs I was most anxious about.

I taped time splits to my top tube, did a nice warm up, then went for it. I made up a lot of time in the steep first 4km and managed to hold a handy advantage all the way to the top of the 20km ascent. New PB by a little over two minutes: from 1:06:20 down to 1:04:31. I was happy with that, not just for the PB, but because I felt strong for the whole effort, which gave me great confidence for Donna Buang …

The 1 in 20: This was my first attempt at one of the three climbs I was most nervous about: the 1 in 20, Kinglake and Donna Buang. I didn’t really feel confident in the lead-up, and while I rode strongly, I wasn’t nearly fast enough. I ended up 22 seconds short, and was left scratching my head about how to make up that time.

Kinglake: Two days later I headed out to Kinglake to tackle what has been a tricky climb for me in years gone by. I’m not sure there’s a climb I’ve tried to PB but fallen short on so many times. Here’s what happened at my last attempt, three years ago:

This time around things went a little better. Again I wrote up time splits and stuck them to my top tube, and again I was ahead of those checks nice and early. I felt strong as the road got steeper and I was able to maintain my effort all the way to the end. The result? A new PB by 43 seconds, from 21:14 down to 20:31. Very happy with that! That left me with only two of The Big Three remaining, and only a handful overall.

Mt. Donna Buang: This past weekend featured the biggest attempt of the PBs Project so far: a tilt at Mt. Donna Buang. I’d deliberately been putting this one off until towards the end because I figured I needed all the training I could get to even go close, let alone set a new PB.

My best mate Nick came out to join me for the day and after a lovely warm-up I set off up Donna while Nick waited at the bottom for a bit. He’d start his effort after a few minutes, seeking a PB of his own.

Again I had timechecks to aim for and at the halfway mark I was ahead of where I needed to be. But it wasn’t feeling easy. But looking at the data now, and comparing this weekend’s ride with my previous best, I finished very strongly. Over the second half I put almost two minutes into my previous best, finishing with a new PB of 1:03:02, compared to my previous best of 1:05:17.

It hurt a lot but boy was it satisfying to set a new PB up there for the first time in seven years. Ever since I started thinking about this project Donna has been perhaps the climb I wanted a PB on the most, so to get it — and by such a large margin — was tremendously satisfying and a great reward for months of hard work. Oh, and Nick set a new PB as well — a truly ridiculous time of 51:50, which would have been ever quicker if he hadn’t slowed down at the end, thinking the segment ended at the start of the carpark!

So where does that leave me? Well, of the 21 climbs I had on my original list, I’ve now set new PBs on 17 of them. I’ve also set another six that I added to the list after it was originally created. So with the cooler weather approaching, I have just four climbs remaining on my list:

Inverness Rd: Not an easy climb by any stretch but of the four remaining climbs, this is the one I’m most confident of a new PB on. Even then, it certainly won’t be easy. I averaged 356W for just over 10 minutes last time, which is about what I did on Perrins, while fatigued, for just under 10 minutes a few weeks back (I’ve been riding with a Stages powermeter on and off for the last few weeks). If I do this fresh, I should be a good chance, but you just never know.

Main Road Eltham: If you’ve been following this series from the start you’ll know that I’ve already had three attempts at this in recent months — the most of any climb. I’ve been within three seconds of my best of 5:04, but it’s been demoralising missing it so many times. I’m confident I can get it, but hopefully it doesn’t take me too many more tries!

The 1 in 20: I might just need to keep trying this one over and over again. Maybe I need to work on my pacing — I did feel like I ended the false flat feeling pretty empty last time. Maybe I need to hold more in reserve for those closing kilometres. We’ll see. It won’t be easy.

Nationals KOM climb: My thinking is that if this is the only climb left on my list that I haven’t PBed, then I’ll make the trek out to Buninyong to give it another crack (I had two goes already and fell six and 11 seconds short of my best of 8:29). If it’s not the only climb I can’t PB, then maybe I’ll just leave it. Who knows!

So there you have it. Twenty-three new PBs set since October, four remaining. It’s going to be tremendously satisfying to tick them all off, and even if I fall short on a couple, getting new bests on Donna and Kinglake has already made this project worthwhile.

You can find my full PBs Project spreadsheet here.

One Reply to “The PBs Project: Incredibly satisfying”