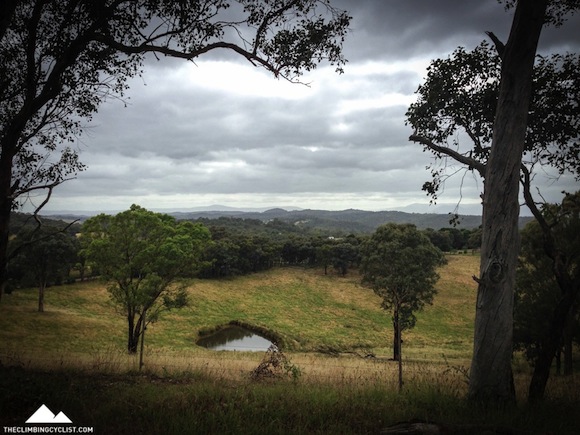 A few weeks ago I was lucky enough to get to ride with Team Sky pro Richie Porte. It was a terrific day out on the bike made even better by the organisation that went into the ride and the weekend it was part of.

The guys behind that weekend were Daniel Strauss and Jason Blankfield from Soigneur, an company that was set up to provide premium cycling trips for small groups.

I was very impressed by Daniel and Jason’s work and so when I heard they were running a free and open ride last Saturday I was keen to sign up. Called the Soigneur Etape (“etape” is French for “stage”, as in stage 3 of the Tour de France) the ride had roughly 100 riders turning up to the Yarra Boulevard on a Saturday morning, picking up a coffee and a route card and heading off on a ~80km ride that featured plenty of off-road riding, some of it on roads I would never have thought suitable for a road bike.

The ride started with a 22km stretch along the Main Yarra Trail out to Templestowe which included several kilometres of gravel. While I was running tough tyres I’d neglected to follow the Soigneur guys’ recommendation of dropping the tyre pressure to about 80PSI.

Every corner on the gravel bike path felt sketchy and several times I had the back wheel slide out on me. But I was keen to stay with the main field for as long as I could, so I carried on, doing my best to stay upright on the loose stuff. 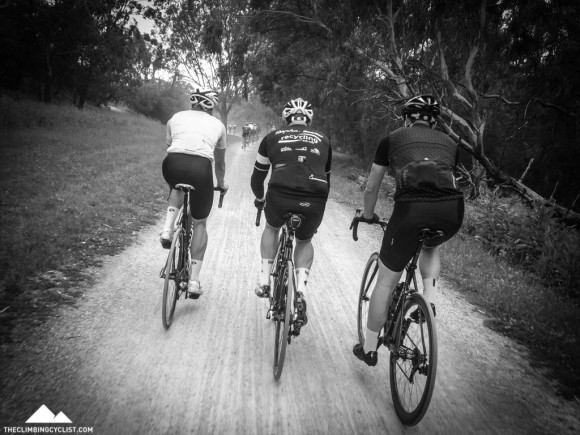 With 100 or so riders on the narrow bike path things got pretty chaotic at times. I saw several incidents in which riders were taking up the whole path and only just managed to get back across in time as a fellow path user came around a corner from the opposite direction.

But as we got closer to the end of the bike track things started to thin right out and by the time we were on Heidelberg-Warrandyte Road I was just riding with Hells 500 hardman John van Seters. We headed northeast through and out of Warrandyte, the short climbs along the way feeling harder than they should have. 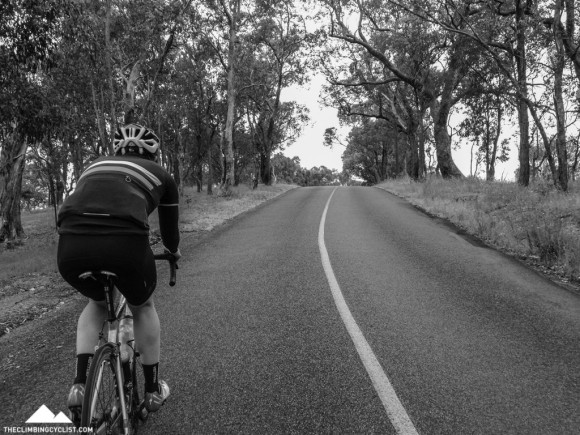 And when we got to the rolling climb of Warrandyte-Kangaroo Ground Road, JVS took off like a man on a mission. I wasn’t all that thrilled by the idea of riding alone so I stayed on his wheel as we crested and false-flat-ed our way to Pigeon Bank Road.

In case you haven’t heard of it, Pigeon Bank Road is infamous for being one of the steepest bits of bitument in the vicinity of Melbourne. Thankfully(?) we were descending the steepest part rather than climbing it, but even the comparatively easy climb out the other side had my legs in difficulty.

Pigeon Bank Road becomes Menzies Road and a few kays along that we turned right and headed along Henley Road. This road is a serious rollercoaster, with short sharp climbs interspersed with fast descents. And when we hit the gravel of Skyline Road things got even more gnarly. 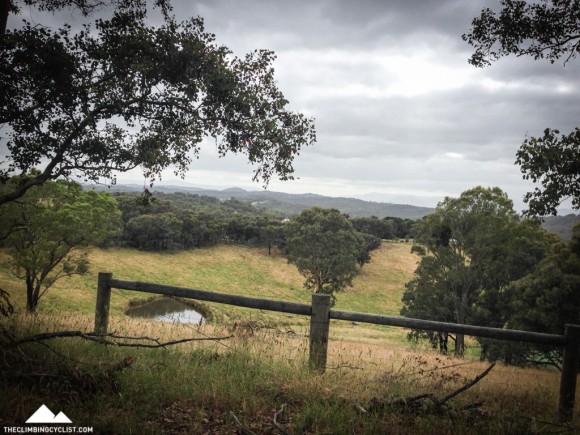 The short sharp rises became a technical challenge as well as a physical one — keep your weight far enough forward to keep the front wheel down, but keep it far enough back to stop your back wheel from spinning. I felt for JVS at this point, grinding away in his 39×25 up some gravelly 15% rise with no option but to stay seated.

But the climbs were more pleasant than the unsealed descents. You had to pick your line carefully to avoid the corrugations, the sizeable rocks and the super-loose gravel that could see you lose traction on the gentlest of bends.

I’d told myself before Skyline Road that I’d stop and let some air out of my tyres but when I got there I couldn’t be bothered so I just told myself I’d take it easy. Thankfully I didn’t pay the price for my laziness and I got through it all fine, unlike the long line of other riders on the side of Skyline Road who were fixing punctures.

We’d learned in the pre-ride briefing that there would be a water stop at the Sugarloaf Dam so when we passed a huge body of water on our right and saw a large group of riders stopped just ahead of us, I figured we must have been at the drink stop. Indeed, Daniel and Jason’s partners were there handing out food and drink.

But it soon became clear that this was an unplanned rest stop — the gate to the Sugarloaf Dam, which was just on the other side of the group, was locked. Daniel and Jason had searched for a way around but there was no option — we’d have to backtrack along Skyline Road and get back to Kangaroo Ground a different way.

As was the case on the way in, the way back along Skyline Road was punctuated by frequent riders on the side of the road, bikes overturned, spare inner tubes being retrieved. I felt particularly sorry for Simon Atkinson who managed to get two flats in almost the same spot on Skyline Road — once on the way in, once on the way out. To make matters worse he also bent a rim — not the ideal day out on the bike. 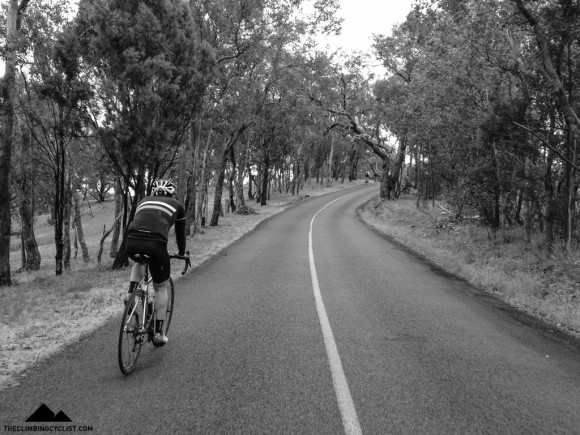 Heading north then west on Dawson Road, myself and fellow Hells 500 rider Rohan Wills followed the riders ahead as we turned the corner and headed south towards Kangaroo Ground. Having lived in Eltham for several years riding these roads was instantly familiar — the great Yarra Valley views, the challenging but enjoyable little climbs and the near constant flow of vehicles that seemed unable to provide enough room when passing.

After taking the popular and pinchy Mt. Pleasant Road into Eltham we only had a couple of kilometres before we reached the designated end point at Westerfolds Park. There was a great buzz there and despite (or perhaps because of) the challenging terrain, most people seemed to have had a great day.

After a quick presentation to give out some Soigneur merch to riders that had Instagram-ed their day, the crowd thinned out and everyone went their separate ways home. I made my way out through Greensborough and on to Reservoir, rejoicing in the fact that the knee pain I’ve had the past two weeks hadn’t resurfaced, despite nearly 110km of riding and almost 2,000m of climbing.

Thanks to Daniel and Jason and their respective partners for putting on the ride and for introducing us all to some new roads. I know there are some riders out there that get protective about “their roads” and worry about too many people learning about them (Mt. Pleasant is a great example), but to me, the more the merrier. Introducing people to new roads and giving them somewhere fresh and exciting to ride is among the most satisfying parts of the cycling experience.

You can check out my Strava file from the day here.

8 Replies to “The Soigneur Etape ride: Sugarloaf via Skyline”