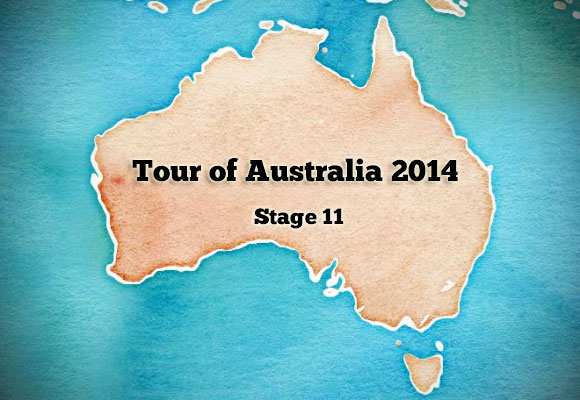 Inspired by the Giro d’Italia, the Tour de France and the Vuelta a Espana, the Tour of Australia is a fictional three-week Grand Tour route created by David Blom and Matt de Neef to showcase some of Australia’s best cycling roads. This is the second year of the race and today we reveal stage 11 of the 2014 edition.

Click here to see the stage map and profile at Ride with GPS.
From the previous day’s finish in Mt. Beauty there’s a bit of a transfer to the start of the following day’s stage in Mitta Mitta. It’s just a tiny town, but its position on the Omeo Highway makes it the gateway to some amazing (newly sealed) cycling roads.

From Mitta Mitta the riders head south and after an ever-so-slightly-uphill opening 20km the first climb of the day begins. It’s a first category climb that rises at 5% for roughly 17km after which the riders descend through Glen Wills and Glen Valley on their approach to the second climb of the day.

For anyone that’s done the 3 Peaks Challenge or 250km Audax Alpine Classic, the Back of Falls climb will be all too familiar. All told it’s about 23km long at a touch over 4%, but the average gradient doesn’t give a sense of how hard the opening section is: 9km at 9%.

From the top of that hors categorie climb at about 80km it’s a scenic 14km, mostly downhill to Falls Creek where the riders continue to descend all the way to Mt. Beauty, where the previous day’s stage ended. After 3km back up the Kiewa Valley Highway the riders turn left on to Tawonga Gap Road: a 7.6km second category climb at 6.3%.

The descent from the top of that climb will be fast and flowing, after which the riders turn left on to the Great Alpine Road at the 145km mark. The run into Harrietville is a very fast before an intermediate sprint at 162km. And then it’s straight into the 30km-long, stage-ending hors categorie climb to Mt. Hotham.

The climb can be broken into three sections — an 11km consistent opening, a 9km false flat, and then 10km of steep ramps and descents that lead to the summit finish.

Most riders will spend much of this stage thinking about the rest day that follows it. It’s a very challenging stage with a lot of climbing, and one that will have the sprinters and other non-climbers suffering at the back of the field, just inside the time cut.

As with stage 9, a breakaway could build a reasonably sizeable lead on this stage and, depending on the riders in the group, could be allowed to contest the win. The flat approach to Harrietville at the base of the final climb could provide some opportunities for a bigger group to take time off a smaller group in front, but in reality it’s all likely to come down to the final climb up Mt. Hotham.

Local racing up the mountain has shown that there’s real value staying with a group at least until the false-flat is over. But once the road ramps up and out of the treeline, expect the pure climbers and the GC contenders to duke it out for valuable time gaps and possibly the stage, depending on the riders ahead.

All riders will have earned their second rest day after the exertions of stage 11 and the race resumes in Bright on the Thursday.