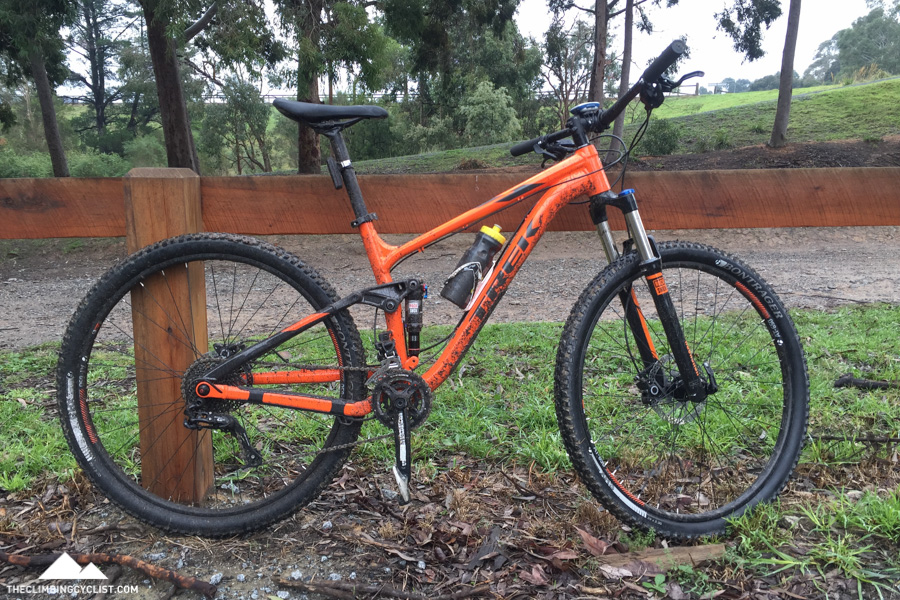 One of the things I’ve found most motivating throughout my journey as a cyclist is the process of setting and completing new challenges.

Whether it be getting up a climb for the first time, setting a new PB on a climb I’ve done many times before, or completing an event I thought was beyond me, there are few things more satisfying than setting a goal and achieving it.

Which is why, in mid August, I’ll be heading up to Alice Springs with my brother Brendan for a four-day mountain bike race. 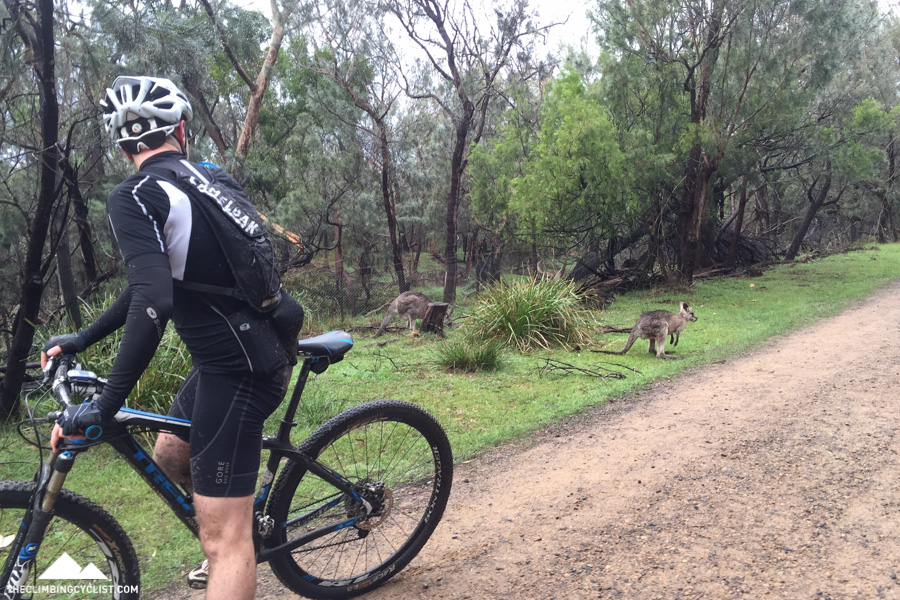 Those of you that have followed the blog closely will know that I have something of a fraught relationship with mountain biking. I always enjoy when I get out on the trails but I also seem to crash a lot.

Thankfully, the worst I’ve managed is broken ribs and some lost skin, and thankfully, I didn’t crash at all on my most recent MTB adventure. I’m hoping that, as I spend more time on the trails and on the MTB, the more confident and more technically proficient I’ll get.

And speaking of “the MTB”, I finally got one of my own. In previous outings I’d either used Brendan’s old MTB, or hired one. But last week I took the plunge and got myself a shiny new ride.

With rain forecast all of last weekend it seemed unavoidable: my first ride on the new bike was going to be a muddy one. I tried to put aside any hang-ups about the new bike getting dirty, telling myself it was made to get dirty and that I should just enjoy myself. And I did.

Brendan and I headed out to Lysterfield and spent a few hours blasting around the slick and slippery trails. It was my first time on a 29er and certainly the newest MTB I’d ridden in a long time and I felt comfortable from the outset.

Where in previous outings I’d been nervous to begin with and it had taken me most of the ride to find my feet, I found myself feeling confident right away and able to throw the bike around corners without hesitation.

Tight hairpins had caused me so much frustration (and walking) at Mt. Buller but here I found myself barreling through them without any concerns. Sure, the corners mightn’t have been as tight, the grade wasn’t as steep, and this time I had Brendan’s wheel to follow, but it was still a great feeling to have that confidence and to be able to enjoy the experience to the fullest. 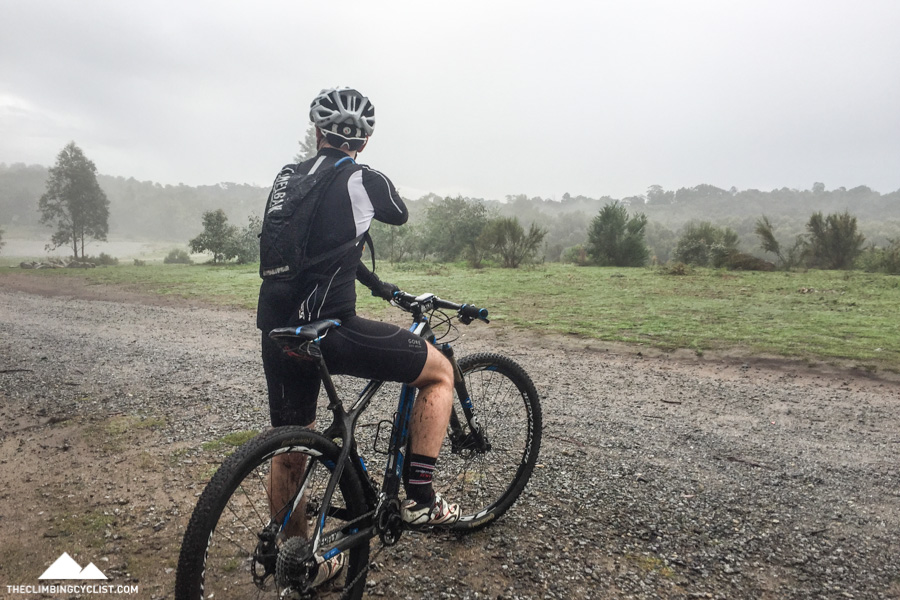 The event we’re working towards is called The Redback (formerly the Ingerreke Commercial Mountain Bike Enduro) and it comprises six stages over four days. (Full disclosure: the organisers of the event, Rapid Ascent, are advertising on the site at the moment. They were also good enough to cover the cost of my entry after I approached them and said I was interested in doing the race.)

My boss at CyclingTips Wade Wallace did the event a few years back and described the racing as “either ultra-competitive, or as relaxed as you wanted it to be”, depending on where in the field you were. That gives me confidence — I’ll be going there to have fun and hopefully enjoying a little bit of friendly rivalry with Brendan (who narrowly beat me at the last Rapid Ascent event we did together).

I feel like the thing that will hold me back, if anything, will be my skills on the technical trails. The endurance aspect doesn’t worry me quite as much. But perhaps it should … 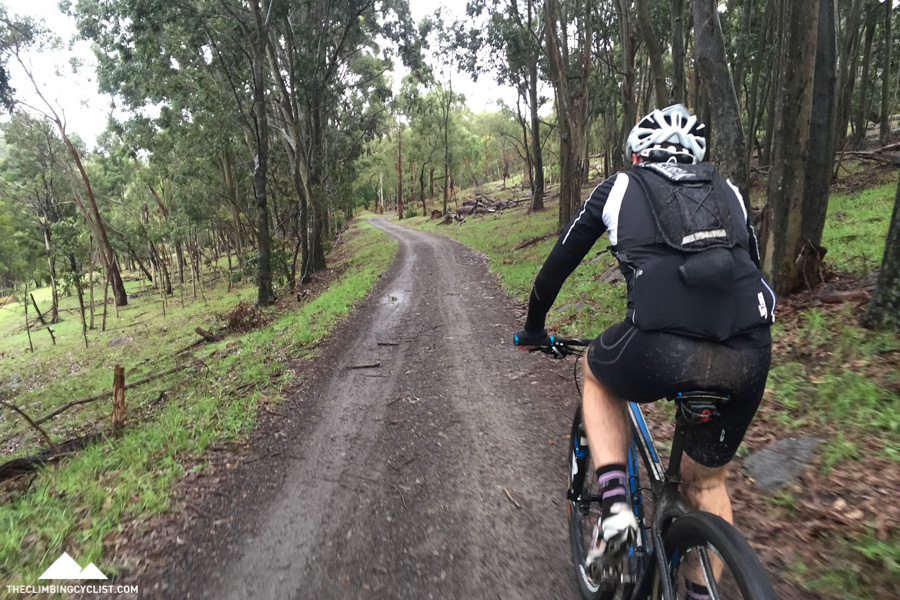 Between now and mid August I’ll be away from home for at least four weeks, covering the Tour de France for CyclingTips. I’m not complaining about having that opportunity (although it is a much harder job than people realise), but I don’t love the fact I’ll essentially be off the bike for a month, right at the time I should be training.

There’s not much I can do about it though. I’ll do some running while I’m at the Tour and try to stay fit that way, but as I found out when coming back to cycling after running the Melbourne Marathon last year, running really isn’t a substitute for cycling training.

Hopefully I can use the couple weeks between getting home from Le Tour and heading to Alice Springs for a bit of a tune-up. We’ll see.

For now I’m just going to keep up the riding — MTB and on the road — and stay as fit and healthy as I can. It feels good to have a challenge to work towards again.

Click through for my Strava file from the Lysterfield ride.