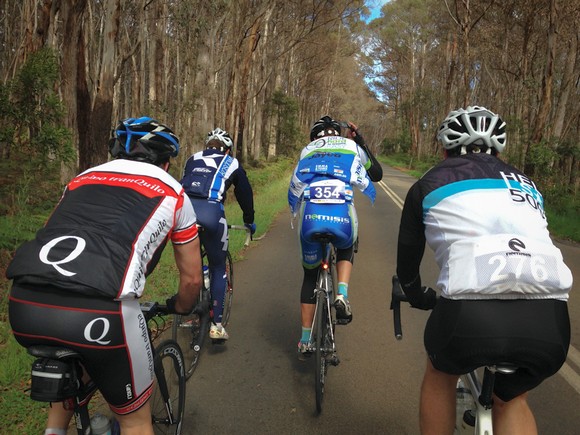 It’s been three or four years since I last did one of Cycling Victoria’s Challenge rides. The first one I did was the Marysville-Lake Mountain Challenge Ride just after the Black Saturday bushfires and the route took us north out of Marysville, up to Eildon before heading back to Marysville then up the Lake Mountain climb.

I bonked at the base of Lake Mountain and struggled all the way up, my brother Brendan getting to the summit something like 20 minutes before me. We also did the Whittlesea Challenge a few years back and on that particularly wet and miserable day I bonked badly again, Brendan beating me by more than 10 minutes into the rain-drenched finish.

Coming off a few months of limited riding I was expecting a similar result on Sunday, particularly with the Mt. Macedon climb just before the end.

A group of five of us met in Gisborne at 8.30am and started the 109km circuit in overcast conditions. Five minutes after the start the rain started to come down and it seemed as if we were in for a long and miserable ride. It’s the age-old quandary when you’re riding in the wet: do you follow the wheel in front of you and get a face full of dirty wheel spray? Or do you sit back and force yourself to do more work?

Thankfully we didn’t have to choose for long as the rain stopped and the roads started to dry up. As we turned left on to the Melbourne-Lancefield Road it felt as if we were along. It’s always the same — you think you’re just having a good day, speeding along at 40km/h without really trying, and then you learn later on that you had a roaring tailwind.

That 17km stretch up the main Lancefield road was fast but it also carried a fair bit of traffic. Cycling Victoria’s Events Manager Steve Nelson told us after the ride that they’re looking to revise the route in future editions to avoid that stretch of road.

From the main road we took a left at the 34km mark and followed the Burke and Wills Track to the north west. It was in this section of the ride that we realised we’d had it pretty easy to begin with. The strong southerly breeze made heading to the west unpleasant, but it would only get worse later on. 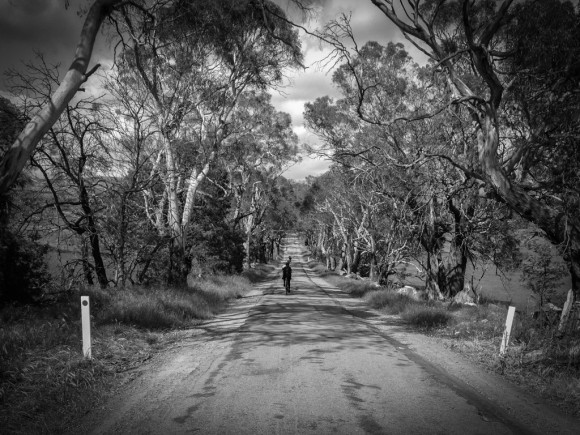 The Burke and Wills Track also featured the first notable climb of the day: a 1.8km stretch that averaged about 6%. I’d been feeling pretty good until that point, hanging on as Brendan, Evan Henley and Marcus Nyeholt did the majority of work at the front. But when we hit that first hill I was quickly reminded how much a couple months of limited riding and a few extra kilos can make while climbing. The other guys cruised up the hill well ahead of me, seemingly doing it easily, while I plodded along just trying to find a rhythm.

The guys must have slowed to wait for me at the top because I got back on without too many issues and together the five of us — me, Brendan, Marcus, Evan and Thomas Price — plus a couple of others, continued in a north-westerly direction.

It was when we took the left-hander at Baynton Road after 52km — the northern-most point of the ride — that the wind really started to take its toll. We’d averaged roughly 32km/h until that point but over the remaining 57km that would slowly be whittled down as we worked into and across the stiff southerly breeze. 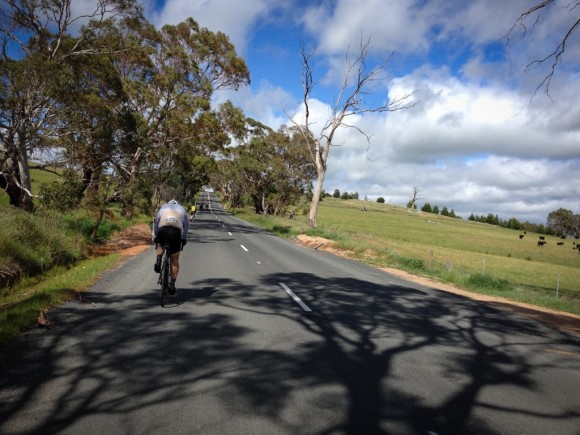 As we headed south we got chatting to Jeremy Cameron from the African Wildlife Safaris National Road Series team. He was doing the ride as recovery from the Victorian Open Road Championships the day before.

It was great chatting to Jeremy, getting an idea of what it’s like trying to balance study and racing at that level, and what it’s like, as a smaller team, trying to compete with the ‘big three’ teams in the NRS: Budget Forklifts, Huon-Genesys and Drapac. If nothing else, it gave me something to focus on other than the strong cross-headwind we were pushing into.

There was another short climb just before the 60km mark — 1.4km at about 5% — and again I struggled to keep up with the rest of the group. But I managed to get back on again — I’m guessing they slowed and waited for me once more.

After 62km we joined up with the Pipers Creek-Pastoria Road, one of the roads used in the Kyneton-Pastoria loop in Northern Combine racing. It was on that circuit that I picked up third place in the final stage of this year’s Three Day Tour — my only podium in a race so far.

From kilometres 60 through 88 the route took us on a series of roads and through a series of intersections. At times we’d be riding into a block headwind, at other times it would be crosswind, but most of the time it seemed to be a cross-headwind. Marcus did a huge amount of work at the front in this section, driving the bunch along with the rest of us strung out behind in a kind-of echelon.

A few times I thought about taking over the pacemaking and giving Marcus I rest but given I was barely hanging on to begin with, I wasn’t sure I’d have the strength to get around him, let alone tow the bunch. 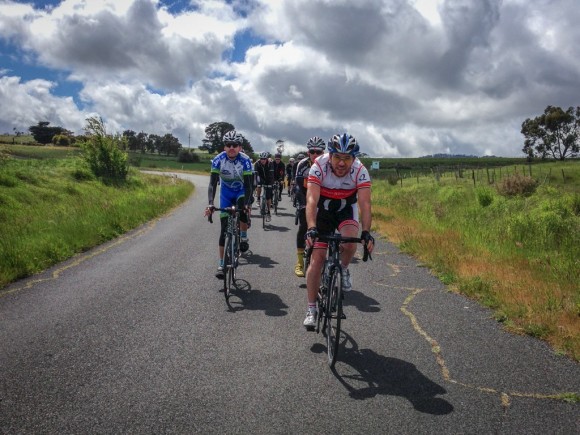 The defining feature of the ride, and indeed the feature that gave the ride its name was the climb up Mt. Macedon. The approach from the north side is the easier of the two sides (the south side climb is very steep in parts) but I was still apprehensive about how I’d go. And even though we were climbing the easier side, we were taking a steeper option for the first part of the climb: Straws Lane.

With several pinches that hit 10% and with my legs in all kinds of bother from the effort of holding on with the group thus far, I was spat out the back as soon as we turned on to Straws Lane. Actually, if I’m completely honest, it happened before that. There was a short rise before the corner and I fell away there.

The climb from the start of Straws Lane to Cameron Drive (the highest point of Mt. Macedon Road) is only 4.4km long but it felt about twice that length. It was an inglorious effort, suffering alone out the back, but in hindsight I probably should have expected it.

Thankfully the guys waited for me at the top (again) and together we bombed down the very steep descent towards the finish in Gisborne. That’s one of the fastest sections of road I’ve ever ridden and on a previous attempt I hit 80km/h without too much hassle. But on Sunday, with the roads a little wet I took it a bit easier.

Good thing I did because just as we were rounding a left-hand bend, doing about 65km/h, a car ahead of us put on the brakes and started indicating right.

There was a brief moment there where I thought I was in real trouble, but luckily the driver must have seen us and pulled over to the left-hand side of the road. Then again, the guys that were behind me said later that the driver started reversing up the hill after I’d passed so maybe he/she didn’t see us! Scary stuff.

Thankfully we all reached the bottom unharmed and ticked off the final few kilometres back into town. We finished the ride in roughly 3 hours 50 minutes, with an average speed of 28km/h.

It was a bit of a mixed day on the bike for me. It was great to be out doing a longer ride and testing myself a little, and there were sections in which I felt terrific (mostly tailwind-assisted, I must admit). But there were also sections were I felt terrible (Straws Lane in particular) where I was reminded how far I have to go to get back to where I was and how much it’s going to hurt to do so.

But I’m motivated to do so and every ride is feeling that little bit easier. Here’s hoping things keep heading in the right direction.

Thanks to Brendan, Evan, Thomas and Marcus for towing me along all day and for waiting for me at the top of the climbs. It was greatly appreciated! And thanks to Steve Nelson and the gang at Cycling Victoria for the invite and for looking after us.

And finally, to you, thanks for reading!

Disclosure: I was invited along to the Mt. Macedon Challenge by Cycling Victoria and given a few free entries to hand out. I was not paid to write this article. 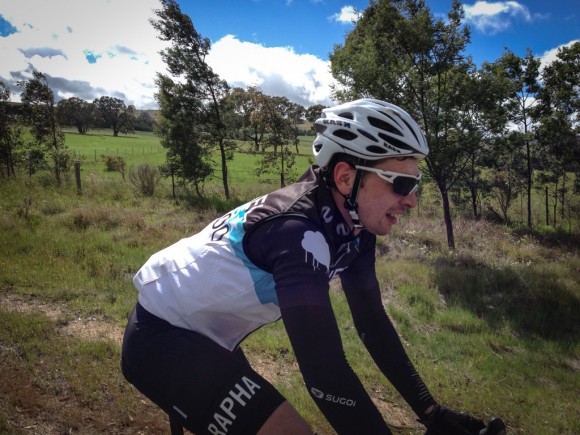 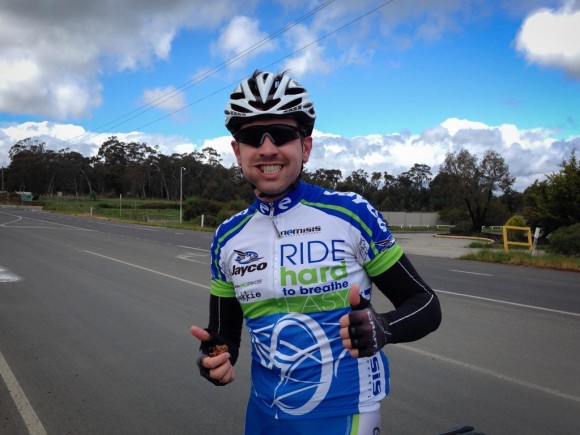 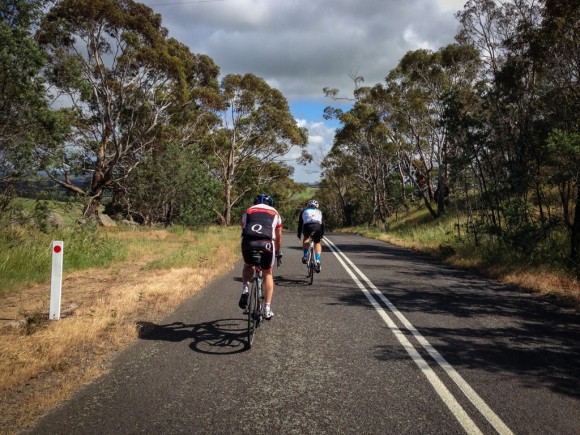 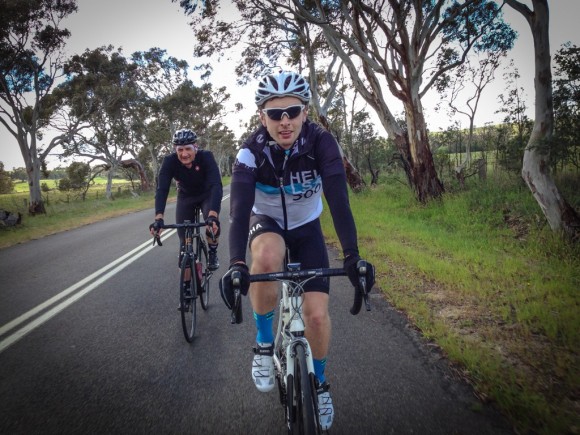