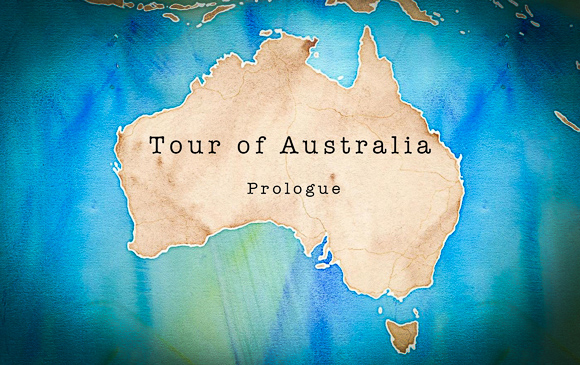 The Giro d’Italia is finished for another year and it’s more than three weeks until the Tour de France begins on the Mediterranean island of Corsica. While we wait for Le Tour to begin, it got David Blom and I thinking: what if there was a three-week Grand Tour in Australia? Where would it be held? Which climbs would it take in? Where would it finish?

There are many reasons why a three-week Grand Tour simply wouldn’t happen in Australia but there’s no harm in imagining, right? After all, there are four Grand Slams in tennis, why not four Grand Tours in road cycling?

We’ve gone through and mapped out what we think would make for a fascinating and undoubtedly challenging route for an Australian Grand Tour. We’ve tried to be as realistic as possible with our route, trying to find a mix of flatter stages, medium mountain stages, summit finishes, time trials and so on. We’ve also tried to ensure that the total length of the Tour is similar to that of the existing Grand Tours.

As mentioned, there are any number of variations and stage combinations you could go with in Australia and what we’ve presented is just one option. This particular Tour has been designed to head in a specific direction but subsequent years could be in the opposite direction or take in a different part of the country entirely. We won’t say any more than that, for fear of spoiling what’s to come.

We envisage this Tour taking part somewhere in the latter part of the year, September or October perhaps, when the weather is warming up but isn’t scorching hot like it is in January for the Tour Down Under.

We’ll be revealing one stage per day over the next three weeks in the lead up to the Tour de France but before we reveal the first stage, I need to say a huge thank you to David Blom for his tireless efforts in putting this route together. As you’ll see in the coming weeks, a lot of thought and planning has gone into this project and I’m very grateful to David for his efforts.

So without further ado, here’s the opening stage of the Tour of Australia: a prologue time trial around the streets of North Adelaide.

Click here to see the stage map and profile on Ride with GPS.

Adelaide is home to Australia’s only current WorldTour event, the Tour Down Under, so what better place to start our Grand Tour than the South Australian capital? On day 1 of the Tour the riders tackle a 9km prologue individual time trial around the North Adelaide CBD.

Starting inside the majestic Adelaide Oval, the stage takes riders out onto War Memorial Drive alongside the River Torrens before taking in an anti-clockwise loop that includes Robe Terrace and Fitzroy Terrace. The riders are then reunited with the River Torrens before heading back inside the Adelaide Oval to finish their effort in front of a big crowd.

The Adelaide Oval is best known as a venue for test cricket but the stadium actually has a cycling history as well, with track events held there in the late 1800s and early 1900s.

Held on a Saturday, this prologue stage would hopefully attract a large crowd and kick off the Tour in style. And given it’s on a Saturday, the prologue could be integrated into a bigger cycling festival weekend with ride options for everyone from kids through to serious amateurs.

We hope you enjoy our Tour of Australia route over the coming three weeks. Be sure to check back tomorrow for details of the first mass start stage as the riders head out of Adelaide. In the meantime, we’d be happy to hear you thoughts about the prologue and the Tour of Australia concept more generally, so please feel free to leave comments below.

22 Replies to “Tour of Australia: prologue”