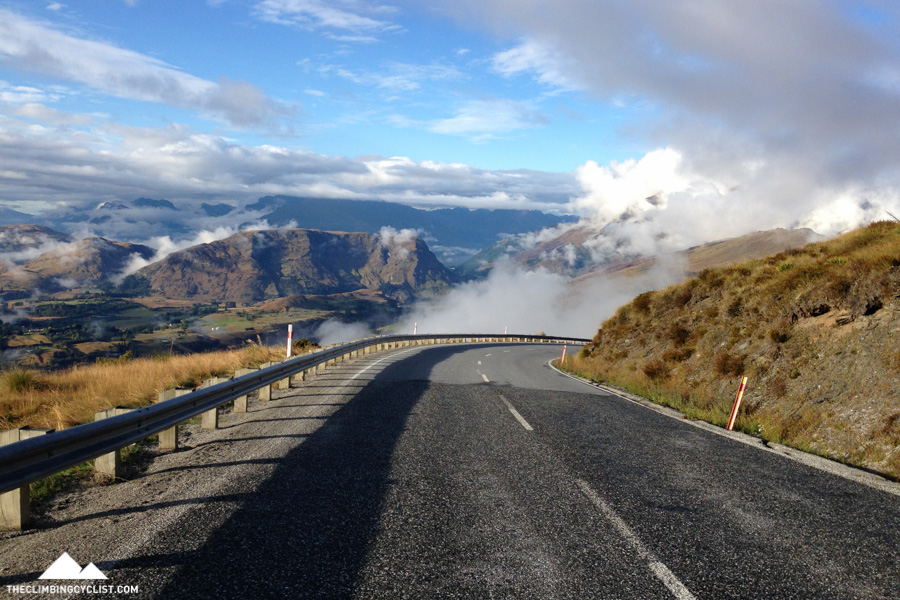 This is the fourth of six blog posts about a recent two-week trip to New Zealand. Click through to read part one, about riding in the Port Hills of Christchurch; part two, about riding between Franz Josef Glacier and Fox Glacier; and part three, about climbing The Remarkables.

On my recent trip to New Zealand I was keen to try out as many new climbs as possible. The climbs of Dyers Pass and The Remarkables were both new to me, but there was one climb I would be tackling for the second time: Coronet Peak.

Climbing Coronet Peak this time around was as much a case of “it doesn’t make sense not to” as anything else — my partner Sharon, her parents Murray and Betty and I were all staying in Arthurs Point, just north of Queenstown, less than 2km from the start of the climb. On the morning that we were to leave Queenstown I had a couple of hours to play with and so Coronet Peak seemed the logical choice.

I don’t remember the climb being easy the last time I did it, but I was surprised by how tough it was this time around. Given the climb has an average gradient of 9% for its 8.4km I shouldn’t have been too surprised, but perhaps a lack of substantial warm-up, plus heavy legs from the challenging ride up The Remarkables the day before meant those opening kilometres hurt more than they might have.

The climb ramps up to 10% or so right away and stays there for much of the first 3km. In fact, the gradient only seems to drop below 10% on a couple of occasions, but thankfully when it does the road is completely flat or near enough to it. If the gradient stayed at or close to 10% for the entire length of the climb it would make for an extremely challenging ascent.

As the kilometres ticked by the early morning fog started to burn off, making way for a beautiful morning. The views from the climb are already spectacular but seeing them in the early morning light was particularly impressive, especially once I had climbed beyond the low-hanging clouds.

Going into the climb I’d thought about challenging myself to see how fast I could get up to the ski resort at the top. But those steep opening kilometres and some rather heavy legs did away with those plans. But as I climbed higher and I started to warm up, I started to think about pushing the pace a little.

I rode probably half the climb at threshold, reaching the summit in a time of 45:19, gasping for breath and dripping with sweat when I got there. 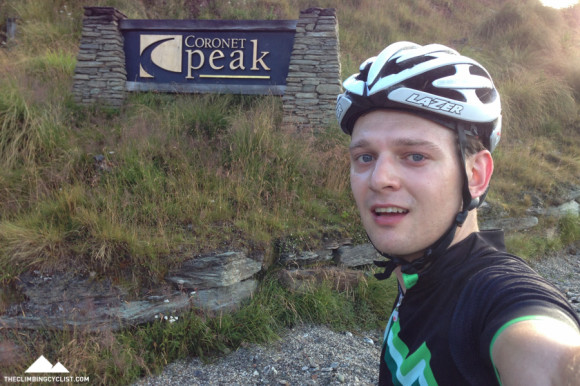 While the sun was starting to shine through the clouds above it was still cold at the top and I didn’t waste much time in heading down. After a couple of quick photos I slipped my jacket on and bombed back down to the valley floor, stopping every so often to take more photos of the impressive vistas arranged in front of me.

Like most cyclists I enjoy a great descent but I enjoyed this one in particular. After a few nice switchbacks in the first section, the road is fairly straight with only minimal braking required. I remember thinking it would be a great place for beginner riders to learn how to descend — it’s a great venue for practising proper road positioning, learning how to maintain speed through the corners and how to brake efficiently.

I got back to our accommodation a little more than an hour after leaving; a modest ride of less than 20km. But it was a most enjoyable 20km and a ride that I’m certainly glad I did.

At Arthurs Point Sharon’s parents left us to go their own way for the rest of the trip while Sharon and I headed off to Dunedin. The steepest street in the world was calling.