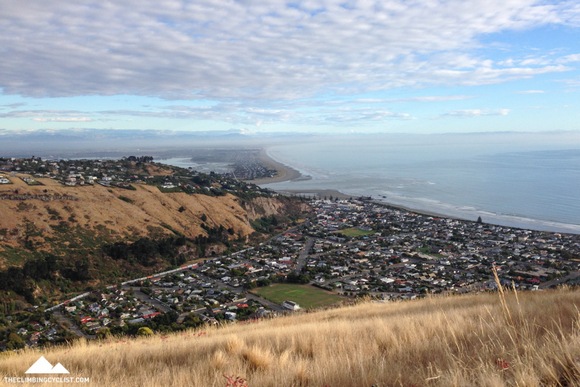 This is the sixth and final blog post about a recent two-week trip to New Zealand. Click through to read part one, about riding in the Port Hills of Christchurch; part two, about riding between Franz Josef Glacier and Fox Glacier; part three, about climbing The Remarkables; part four, about climbing Coronet Peak; and part five, about visiting Baldwin Street, “the world’s steepest street”.

I think I could quite happily live in Christchurch. I love the small-city feel it has and the fact the hills are so close to town.

I’d done a short ride in Christchurch on the first day we arrived in New Zealand and two weeks later, on the day we were set to fly home, I got the chance to go for another spin.

Given there are so many great climbs in and around the Port Hills it didn’t make sense for me to double up on climbs I’d already done. Instead I was off in search of new climbs to experience.

As I’d done ahead of my first ride in Christchurch I turned to Sam Horgan’s blog post about the city’s best climbs. I picked out two main climbs to visit, creating a ride on Strava Routes that would also allow me to spend some more time on the incredible Summit Road.

It took me a little longer to get to the first climb on this particular ride — 10km vs the 4.6km it had taken me from the hotel to the start of Dyers Pass two weeks earlier. But by any measure that’s still a short ride before you’re into the good stuff, particularly when you’re used to living in Melbourne and riding 30km+ to get out to the Dandenongs.

The first climb of the day was Mt. Pleasant Road, a largely suburban ascent from a small inlet east of Christchurch up to the aforementioned Summit Road. For the length of its 4.6km Mt. Pleasant Road averages 8% — a challenging little ascent to begin with.

Sometimes a climb’s average gradient can be misleading but in the case of Mt. Pleasant Road it gives you a clear idea of what you’re facing. There are few climbs I’ve done that are as consistent in their gradient as this one which, as Sam Horgan notes, makes Mt. Pleasant perfect for training efforts.

But I was more interested in enjoying the climb and taking it all in, rather than drowning myself in lactic acid. As the road climbed through the suburbs and out of the trees the views improved until the familiar crater rim and Summit Road were visible ahead.

From the top of Mt. Pleasant Road I joined Summit Road and headed east, winding around the crater’s edge, enjoying the views as I went. I rode as far as I could before reaching a locked gate with a sign indicating that the New Zealand army was involved in a training exercise on the other side. I turned around and made my way to the second climb of the day: Evans Pass. 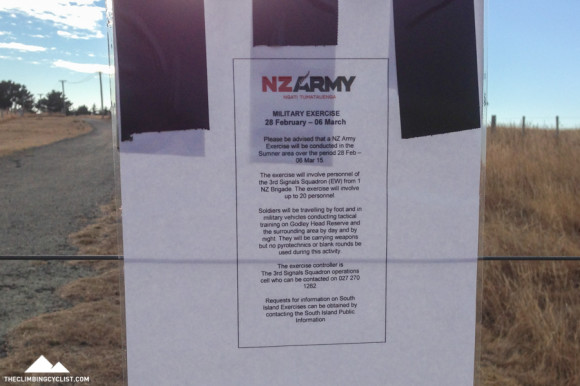 Like Dyers Pass, Evans Pass is a point where two roads converge at Summit Road having climbed from opposite sites of the Port Hills. The Lyttelton side of Evans Pass — Sumner Road — was damaged in the 2011 Christchurch Earthquake and the road has remained closed ever since. I was told by a spokesperson at the Canterbury Earthquake Recovery Authority that there are plans to reopen the road at some point in late 2017 or early 2018.

The other side of the climb, from Sumner up to Evans Pass, is still very much open though. At only 2km long it’s not the most sustained climb in the area, but with an average gradient of 9% and several sections much steeper than that, it’s still a good challenge.

After descending to Sumner I turned around and started up the climb, spotting a rider up the slope ahead of me. About halfway up the climb I realised I was gaining on him and so the goal became to catch him before the top.

I reeled him in about 30 metres before the intersection, each of us saying hello to the other as we crossed paths. We’d go on to see each other a handful more times on Summit Road in the next half hour or so as I stopped to take photos then caught up to and passed him again.

Something I didn’t realise in the euphoria of riding Summit Road on approach to Evans Pass was that the road back out from Evans Pass is actually all uphill back to Mt. Pleasant Road; a total climb of more than 6km if you include Evans Pass. I felt great on this climb, spinning away comfortably but quickly, enjoying the views over Christchurch as I went.

The road surface was a little sketchy in parts, but it’s certainly doable on a road bike with 23mm tyres … so long as you’re not bombing down it and around the corners at terminal velocity. But you wouldn’t want to do that anyway — with the number of cyclist and walkers, not to mention the narrowness of the road, it would be dangerous to be anything but cautious.

After reaching Dyers Pass I descended into the city and rode the less-than-10km back to the hotel. With our flight leaving for Melbourne a short time later Sharon and I got ourselves packed up and headed out to the airport for the final hours of our New Zealand trip.

As ever, travelling with a bike is a bit of a hassle, but it’s almost always worth it when you arrive. I managed to get in five enjoyable rides in the two weeks, seeing some amazing parts of New Zealand along the way. The same was true of our trip in general — in two weeks we saw large swathes of the South Island including some truly memorable spots like Milford Sound. If you’re interested in seeing some non-cycling-related photos from the trip, you can do so over at my Flickr page.

There were many highlights on the bike but perhaps the one that stands out most is the climb up to The Remarkables. It delivered everything I love about cycling up hills: a great challenge(!) but with views that made it more than worth the effort.

Christchurch was also a highlight. In two short rides I got to see several of the memorable climbs in the Port Hills but, unsurprisingly, I barely scratched the surface. There are many amazing climbs throughout the Banks Peninsula, including a whole host of very steep climbs down towards Akaroa. One ride I’d love to do when I come back is to ride the length of Summit Road, which seems to be somewhere in the vicinity of 70km from one end to the other and back again.

Thanks very much for reading this and other posts in the Cycling New Zealand 2015 series. It’s been a pleasure to be able to share the stories with you over the past few weeks. Hopefully you’ve been inspired to head over to New Zealand to do some cycling in the process! I know I can’t wait to get back.

Until next time, please stay safe on the roads!

One Reply to “Cycling New Zealand 2015: a return to Christchurch”