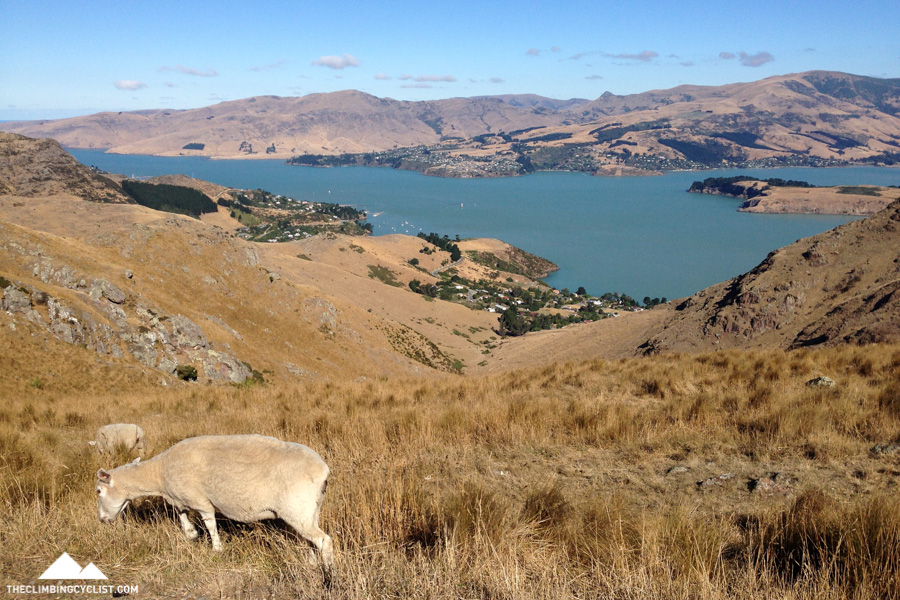 This is the first of six blog posts about a recent two-week trip to New Zealand. Stay posted for future instalments.

I knew Christchurch had some great climbs. I’d picked the brain of George Mallory, who lived in Christchurch for a couple of years, and read a great blog post by local pro Sam Horgan. I’d been meaning to visit for years, to see what all the fuss was about, but it took me longer to get there than I was expecting. It was worth the wait.

My partner Sharon and her parents, Murray and Betty, flew in stupidly early on a Monday morning, leaving all four of us feeling close to death by the time we landed. The urge to sleep was overwhelming, but with plans to depart Christchurch the following day I wanted to make the most of my opportunity.

Christchurch reminds me a lot of Adelaide. It’s like a big country town that grew up — it’s got everything you need, but coming from Melbourne it feels compact and quiet. The other reason it reminds me of Adelaide is just how close the hills are.

The Port Hills are less than five kilometres from the Christchurch CBD; a far cry from Melbourne’s Dandenong Ranges, more than 40km out east. 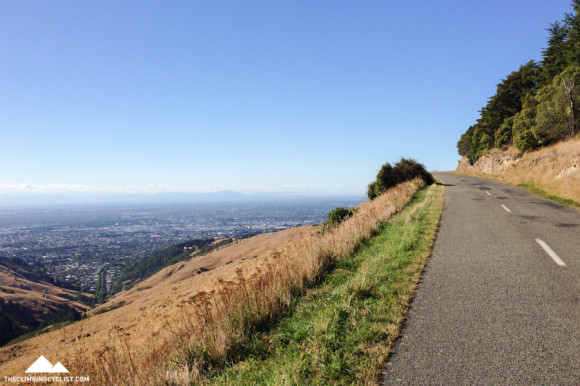 I had two hours to play with in the Port Hills so I made a bee-line for what Sam Horgan describes as “the most popular climb in the city”: Dyers Pass Road from the city side. When I say the hills are less than five kilometres from the city I’m not exaggerating. It was 4.6km from my hotel to the start of Dyers Pass climb. Awesome.

The ascent starts off quite hard, ramping up to beyond 10% a few times as it passes through the suburbs. It flattens right off after 2.7km and for the second half it’s quite pedestrian, certainly compared to the challenging opening section. In all it’s 5.7km at 5%, but that doesn’t give you a sense of how tough the first half is.

I definitely enjoyed the climb, particularly the nice views towards the top, but I enjoyed climbing Dyers Pass from the other side even more.

From the south side, starting in Governors Bay, the approach to Dyers Pass is much shorter and steeper. Strava suggests it’s 2.9km at 10% and that gradient seemed quite consistent throughout (the profile in the Strava segment is a little wonky). What I enjoyed most about the climb was the views.

The Lyttelton Harbour is a sight to behold and the amazing switchbacks throughout the climb made me feel like I was on some beautiful climb in the French Alps or the Pyrenees.

Having climbed both sides of Dyers Pass I turned right at the top and made my way along Summit Road. This stunning road runs around the lip of the volcanic crater that houses the Lyttelton Harbour and twists and turns its way through the Port Hills. It’s a quiet, narrow, undulating strip of bitumen that affords spectacular views in just about every direction.

Sheep mill by the side of the road, mountain bikers fly down the single track that runs all throughout the hills and roadies like me fly around the corners in what is truly a cyclist’s playground. It was pure bliss.

On more than one occasion I found myself thinking “I hope Christchurch riders know how good they’ve got it!” I guess that could be said about Melbourne too, but the proximity of the Port Hills and the views from Summit Road were just amazing. The only negative thing about the whole ride was the road surface in parts. The descents off Dyers Pass, in both directions, were pretty sketchy due to an ordinary road surface, and the descent back into Christchurch was pretty hair-raising given how steep it is in parts and the presence of many parked cars.

But on balance it was the perfect way to start the holiday. The coolest thing was that I barely scratched the surface of what Christchurch has to offer — I did just two short climbs and a few kilometres along Summit Road for a total of 35km of riding.

Leaving Christchurch the next day I was more than keen to come back and thankfully, a few weeks later, I would get the chance to do so. But that’s a story for another day.

6 Replies to “Cycling New Zealand 2015: the Port Hills of Christchurch”