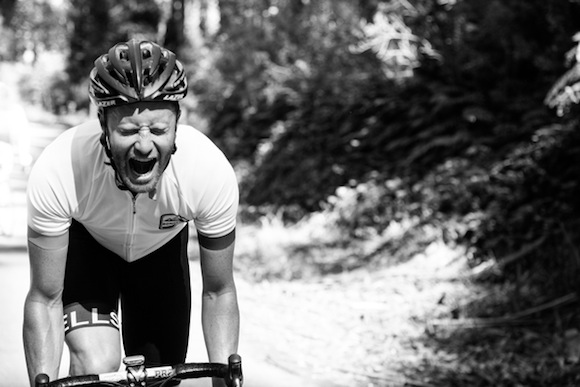 And so the Domestique 7 Peaks Series is over for another year. Three months after our first, soggy ride out at Lake Mountain, we wrapped up the 2014/15 series on Sunday with what is arguably the ultimate final climb: Mt. Baw Baw.

It’s a bit of a hike out to Baw Baw — roughly two hours’ drive from Melbourne to the popular starting towns of Noojee or Icy Creek — and in previous years my partner Sharon and I had camped out at Noojee the night before to make the Sunday morning a little less brutal. This time around we stayed at home Saturday night, making for a very early start come Sunday morning.

When the alarm sounded at 4.30am it was with great reluctance that Sharon and I dragged ourselves out of bed and started the drive out east. The Domestique ride didn’t start in Tanjil Bren until 10am but I was very keen to ride the 32km there from Noojee. And I’m glad I did.

I met my series co-organiser Andy in Noojee at around 7am and together we set off for Tanjil Bren in the early morning light. It was cool but not cold and there was barely any traffic on the roads. The 4.6km climb up Vesper Hill was a typically challenging start to the ride, but with great company and plenty of #lightbro to enjoy, the kilometres ticked away quickly.

I’ve written here many times about my affection for the stretch of road between Icy Creek and Mt. Baw Baw and my views haven’t changed recently. There’s something about the remoteness, the narrowness of the road, the impending challenge of the upcoming climb and of course the scenery that make that road one of my absolute favourites.

It’s also quite a taxing road too. In the 30-or-so kilometres from the start of Vesper Hill to the top of Mt. Baw Baw the road is basically never flat. The climbs mightn’t be steep — apart from Vesper Hill and Baw Baw of course — but the constantly changing gradient ensures there’s never a dull moment.

Andy and I arrived at Tanjil Bren around 9am, helping Sharon and Tammy to finish setting up for the ride ahead. I’ve thanked these two for their help many a time in recent years but it bears repeating — without their tireless support the Domestique 7 Peaks Series simply wouldn’t exist. Thanks again to them both — they’re nothing short of amazing.

The crowd started to build in Tanjil Bren as many completed their own ride in from Noojee, Icy Creek, Yarra Junction or, in the case of at least a couple riders, Melbourne. Others came by car, warming up on the road towards Icy Creek before joining us in Tanjil Bren for the start.

Andy and I delivered our customary pre-ride briefing at 10am, highlighting the dangers of the descent, and with that the final ride in the 2014/15 Domestique 7 Peaks Series was underway.

Having pushed myself on Mt. Donna Buang the weekend before I was keen to do similar on the final section of Mt. Baw Baw on Sunday. In reality, there’s little difference between simply getting up Mt. Baw Baw and pushing yourself hard, given how the steep the thing is, but I was keen to try nonetheless.

I took it easy in the gentle opening section of the climb, trying to warm my legs up after an hour or so off the bike in Tanjil Bren. But when I reached The Gantry and the road ramped up, I set off, trying to find a constant rhythm and wattage.

Having done a little bit of climbing with a powermeter recently I’m starting to realise that I almost always start out too hard, even though it doesn’t feel that way. I did the same on Baw Baw but quickly reined myself in, trying to find a more manageable power output.

The forecast had been for more than 30 degrees on the day and despite much of the climb being shaded I was pouring sweat. It seemed like there was a never-ending cascade of sweat droplets rolling off my brow and past my handlebars as I fought against the gradient in those steep opening kilometres. 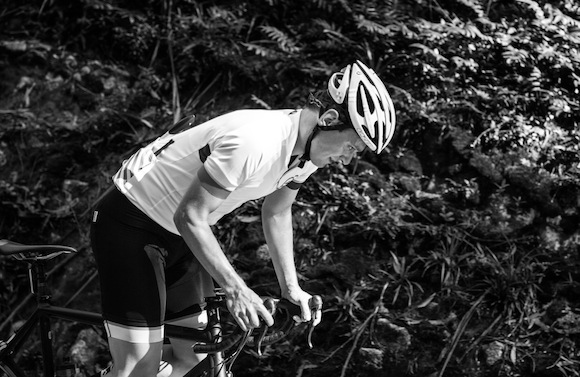 I’ve found that when I’ve done a climb before I can get complacent and assume that I’ll always be able to complete that climb easily. I fell into that trap on Baw Baw a few years back, tackling the beast with no training. I got roughly 2km up before having to turn around, beaten.

This time around I assumed I’d be able to get through Baw Baw fine and while I did, it certainly hurt more than I was expecting. I guess it’s easy to forget the pain of the climb when the satisfaction of reaching the top is so much more memorable.

As the gradient eased in the final kilometres I spotted mountain goat Brendan Edwards just ahead of me. I assumed that he must have been on a long ride if I was able to catch up to him (he was — riding to and from Yarra Junction). His presence ahead gave me just enough motivation to push a little harder in an attempt to catch him.

Every time I got close to his back wheel he would pull slowly away, making me push that little bit harder. I soon learned he was toying with me but I didn’t mind — it gave me a reason to push even harder through to the summit.

I reached the village in a little less than 42 minutes from The Gantry — a few minutes slower than my PB. I was expecting such a result — when I set my PB I was following the wheel of CyclingTips’ Wade Wallace and Chris Mason. Plus I was quite a bit stronger then.

There’s always a great buzz at the top of the climbs in the Domestique 7 Peaks Series but Baw Baw is something special. The difficulty of the climb makes it such a great achievement and with so many first-timers on the ride — I’d estimate more than half judging by a raising of hands during the pre-ride briefing — that feeling was only amplified.

After many, many hours of organising it’s always a great source of pride for Andy and I when we can listen to people of all different abilities chatting happily about the ride they’ve just completed. Well done to everyone that took on Baw Baw on Sunday and came out victorious — inspiring stuff.

Andy and I waited around until the very last riders left the summit before beginning our own descent. We took it easy — as we’d asked everyone else to do — and made it safely to the bottom before making the 4km climb back up to Tanjil Bren to finish the ride. It would be an understatement to say we were relieved there were no incidents on Sunday like there were last time around.

With some assistance from our terrific volunteers we packed everything up in Tanjil Bren and hit the road back to Melbourne. It was a very long day — more than 12 hours from door to door — but an undeniably satisfying way to end the series.

As mentioned earlier Andy and I would like to say a massive thank you to our respective partners, Tammy and Sharon, for their untiring support of the series. Thanks too to Nicole, Chris (our lanterne rouge), Dr Carl and to Ethan for their support on Sunday as well.

And of course we need to thank our series sponsors for their ongoing support throughout the summer: Winners Nutrition, Sukkie, CycleCover and Tourism North East. They’ve been great.

And finally, a pitch to you dear reader. If you like what we’ve done with the Domestique 7 Peaks Series in 2014/15 and would like to see it continue in 2015/16 please consider helping us out. We’ve said it before but it costs a lot money (not to mention time) to run a free series, and anything you can do to help is greatly appreciated.

Whether it’s a bidon, a pair of socks or a jersey, every little bit helps us to put on this free series and break down the barriers for riders looking to experience great, supported climbs on the great mountains of Victoria.