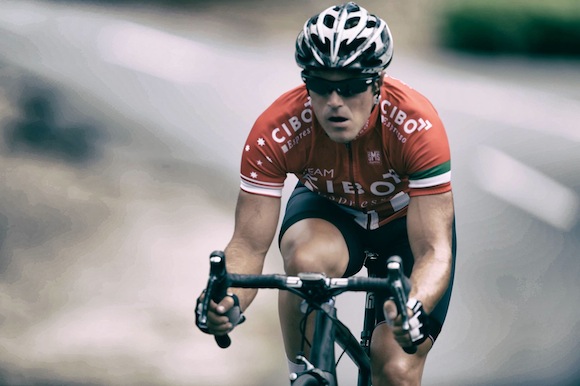 The numbers speak for themselves really: 24 hours on the bike, 480km covered and more than 18,000m of climbing. That’s what Brisbane’s Michael Owen — known to his mates as “Mowen” — achieved last weekend in a ride to raise money for the Cancer Council. Mowen was kind enough to write about his experience and the reason behind it.

In late 2013 I was invited to be part of the Beat Cancer Tour, an official part of the Santos Tour Down Under where a select group of riders were chosen to ride each stage of the race ahead of the professionals. I embarked on this journey with good friend and fellow cancer survivor Chris White.

This event checked a lot of boxes for me but first and foremost was the opportunity to raise money for cancer research and support. In 2011 I was diagnosed with a form of brain cancer: anaplastic astrocytoma. With treatment I had a 50% chance of living one year and less than a 2% chance of living two years. Only one surgeon agreed to operate.

I started treatment immediately with a course of radiation followed by aggressive chemotherapy to reduce the tumor to an operable size. My treatment lasted eight months. I am currently cancer free. 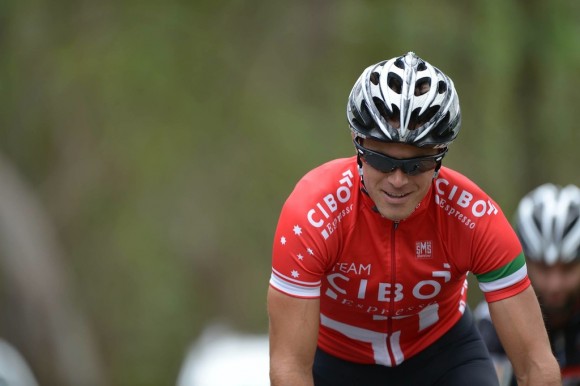 This was the hardest thing I’ve ever endured. Cancer doesn’t only turn your life upside down; it affects your loved ones and the people around you. No-one should have to go through this. This is why I chose to take on the 2014 Beat Cancer Tour.

But this didn’t seem enough to me, compared to the pain and suffering someone going through cancer must endure. Therefore, I challenged myself to ride for 24 hours around Mt. Coot-Tha in Brisbane to raise much needed funds for the Cancer Council.

The challenge was basic: 24 hours riding back-to-back laps of Mt. Coot-Tha on a bicycle. The 9.4km lap followed Sir Samuel Griffith Drive in an anticlockwise direction. Each lap contains 359m of elevation gain and a 2.2km ascent to the summit at an average gradient of 8.9%.

My goal was to manage 50 laps for a total distance of 470km and an elevation gain of 17,950m. That’s more than twice the height of Mt. Everest. 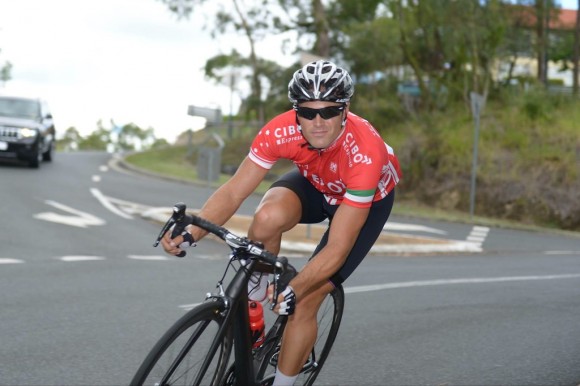 I planned the ride down to my nutritional requirements per lap and my hydration schedule. Setting myself a planned lap time average of 26 minutes seemed ambitious and many people agreed, but I came out of the blocks hard.

The first lap was under 20 minutes before I settled into a rhythm of 23 to 24 minutes a lap which took me to lap 25. At that point I was 2 hours ahead of schedule.

Then the darkness fell. It became harder to pace up the climb as it became difficult to read the numbers from the power meter and additionally there was the descent which was made increasingly difficult through the night.

The night also brought huge positives as a large number of people came out in support, including cyclists dressed as chickens and supermen. This support lifted my spirit, as did the University of Queensland Cycling Club’s version of Dutch Corner. Halfway up the climb they set up a barbecue, some beers and chanted every time I passed. 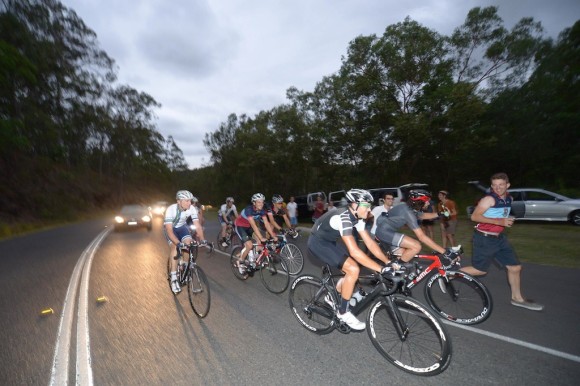 As the ride went into the wee hours of the morning I grew wearier and wearier, just begging for the sun to rise. The sunrise brought about a certain euphoria and flanked by my Rapida Cycling Team I made it through 50 laps in 22 hours and 45 minutes.

As I sat in a chair feeling broken, every inch of my body sore and exhausted, I knew we had to do one more lap. So with 30 minutes to go before the deadline we headed out for one more lap which felt like a victory lap.

It was great to know what had been accomplished, and to come home to a gathering of everyone who had assisted in making the ride possible.

Everyone congratulated me as I collapsed off the bike but I didn’t really get it — I had just been pedalling my bike as far as I was concerned, nothing too special. The real achievement has been smashing my $12,000 fundraising goal for the Cancer Council. 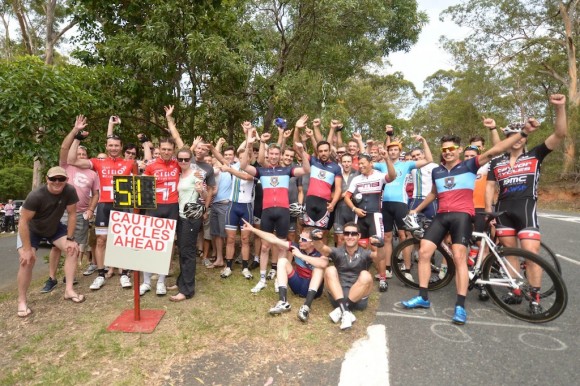 The final statistics for the ride were:

A big thanks to Michael for taking the time to write this piece and congratulations to him on a simply inspiring effort. If you’ve got a climbing-related story you’d like to share, please don’t hesitate to get in touch.