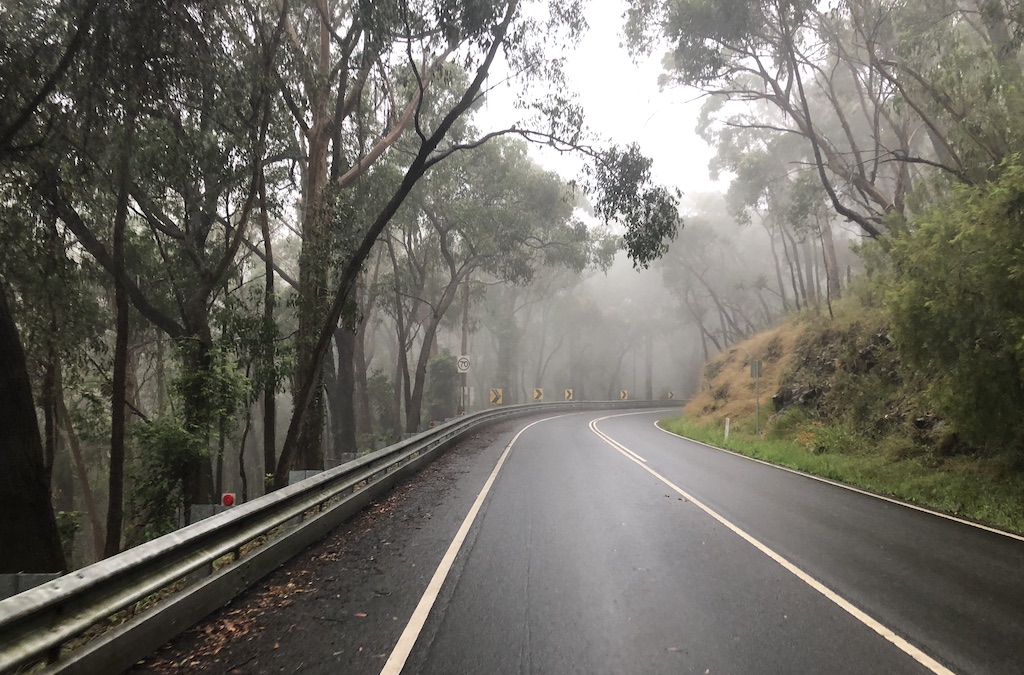 Last week I wrote about a new challenge I’ve set for myself. The idea behind ‘Project 16:40’ is very simple: work towards a new PB – 16 minutes and 40 seconds – on Melbourne’s most popular climb: the 1 in 20.

Actually managing a new PB, well, that’ll be anything but simple.

I wrote last time that my first step down this path would be setting a baseline measurement – going out and riding the 1 in 20 as hard as I could, in order to see how much work I have to do. And so last weekend that’s exactly what I did.

My expectations were low. It was a warm day, I’d ridden hard the day before so my legs felt heavy, and my fitness these days could be charitably described as “average”. So when I left home and headed out towards the Dandenongs on Saturday, I figured I’d be happy with anything faster than 19:41 – less than three minutes off my PB.

When I got to the start of the climb in The Basin I was feeling really sluggish. I wondered if I should either a) leave the baseline ride for another day, or b) be a little more forgiving with my goal of finishing within three minutes of my PB.

I decided I’d climb the 1 in 20 once as a warm-up, in the hope that my legs felt a bit better afterwards. They did. By the time I’d climbed to Sassafras and descended back to The Basin, I felt a little more optimistic. My legs weren’t great by any stretch, but they were better than they had been half an hour earlier.

As I started my effort, I tried to remind myself not to go too hard too early. It’s been a bit of a theme in my recent efforts up the 1 in 20: set off too aggressively, realise by the false flat that I’ve made a meal of it, then blow up spectacularly and limp through the final few kilometres.

After a kilometre or so on Saturday I felt strong – an encouraging sign that my pacing was about where it needed to be. By the time I got to the false flat, it was starting to feel a lot harder. By the end of the false flat, I was feeling pretty ragged and in real danger of blowing up.

Those last kilometres weren’t pretty, but they weren’t as bad as they have been in recent efforts. I was confident I’d done enough to finish inside 19:41.

When I crossed the finish line and hit the lap button on my watch, I was surprised and delighted to see the time I’d managed. 18:38. More than a minute faster than I’d hoped for.

That’s a little less than two minutes off my PB. Still a long way away, to be sure – I’ll need an improvement of 10.5% to set a new PB – but it’s not as far off as I thought I was.

Here’s the Strava file for my effort, for those that are interested. And here are some stats:

Bike Calculator tells me that a time of 16:40 on the 1 in 20 will require around 4.5 W/kg. There’s two levers I can pull in my quest to reach that number: I can increase the amount of power I can produce, and/or I can reduce my weight.

In the meantime, I’m calling my baseline ride a win. Sure, I’ve got plenty of work to do if I’m going to crack a new PB on the 1 in 20, but that process is what this project is all about.