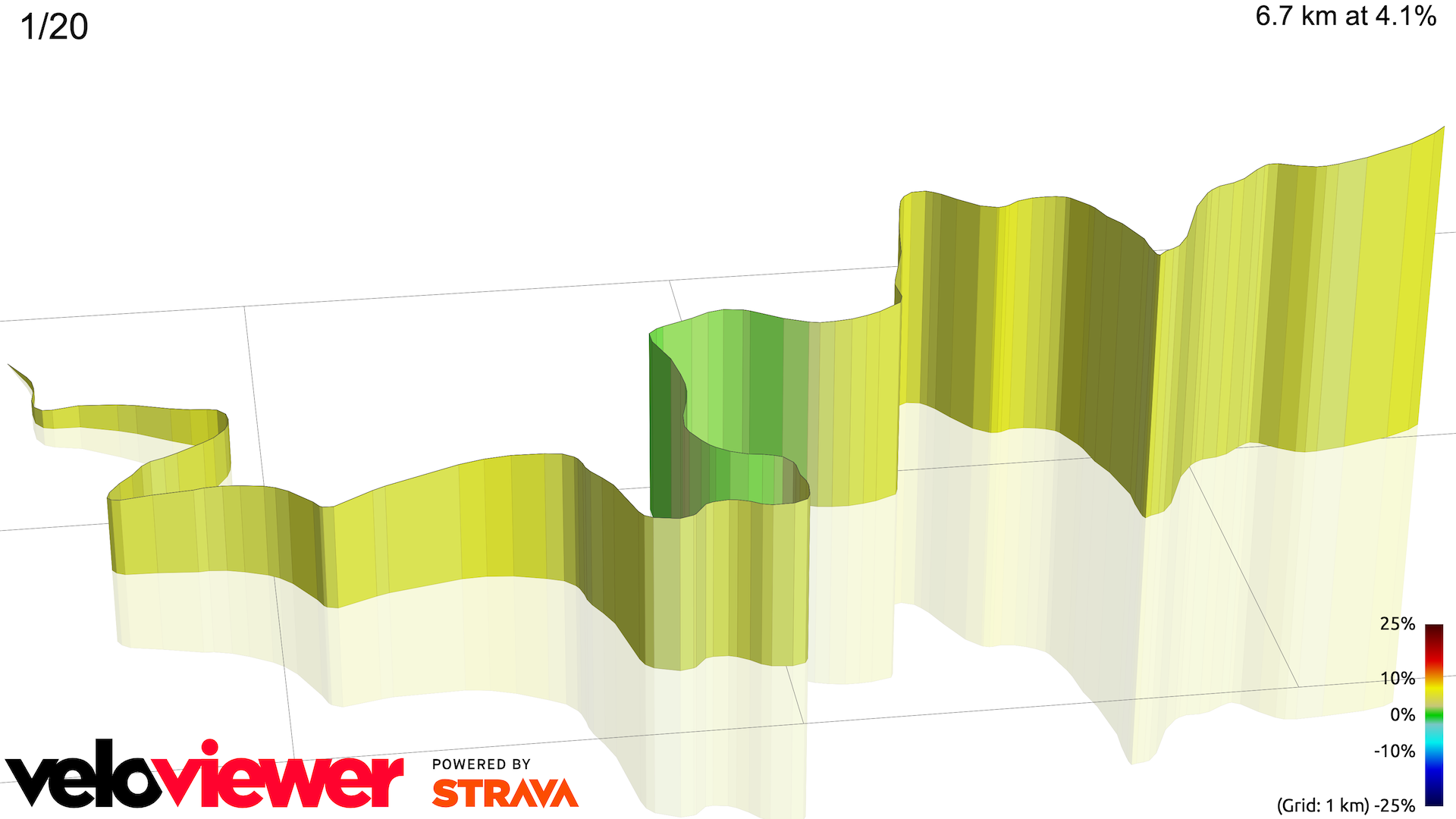 Welcome back to Project 16:40. If you’re just discovering this series for the first time, here’s a quick recap.

Two years ago I set out to post new PBs on a whole bunch of local climbs. It went really well, but I missed out on a PB on the most important of all Melbourne climbs: the 1 in 20.

If I’m going to achieve that goal, I’ll need to be smart about it. I know I have a tendency to go out too hard on the climb, meaning I pay for it in the closing kilometres. To set a new best, I’ll need to get my pacing just right.

You see, you can’t just ride to a constant power if you want to get the best out of yourself on the 1 in 20. The ascent features two sections of sustained climbing but they’re separated by a false-flat, which means managing your effort is a bit trickier than on a more consistent climb.

I’ll be working on my pacing out on the road in the weeks and months ahead, but I can start my preparation here at home beforehand. Thanks to the magic of Strava, I can break down my previous best efforts on the 1 in 20 and use them as a guide for how to pace myself in future attempts.

My assumption here is that my previous PBs – and especially my current PB – are examples of where I got the pacing ‘right’. Or at least, right enough that I was able to set a new PB, which is ultimately the goal of this project.

To broaden things out a little, and to provide a little more context, I’ve opted for a slightly larger dataset than just the three 1 in 20 PBs I have recorded on Strava. I’ve grabbed the 10 best times I’ve ever done on the 1 in 20 and used them as the basis for this analysis.

Here are my 10 best efforts on the 1 in 20, in chronological order, with PBs in bold:

To best analyse my pacing on the 1 in 20, I think it’s best to break the climb down into its three constituent parts:

For my 10 best efforts on the 1 in 20, I worked out the time I spent in each of the climb’s three sections. In the table below I’ve arranged the 10 efforts in order of completion time. Efforts in bold were PBs at the time so my pacing was presumably best in those efforts.

So what we can learn from these numbers? The first thing that jumps out at me is that my fastest effort overall (at the top of the list) wasn’t the fastest I’ve ridden the false-flat. In fact, I rode the false-flat faster than my PB on five of a possible nine other occasions.

This tells me that going hard on the false-fast is probably less important than I realised. Until now I thought it was important to give it everything when the road flattened off (within reason) but it seems like holding back a little might be a better strategy.

It makes sense. As I’ve written before, the flatter the road, the more of your power goes into fighting the wind. As the gradient increases though, the more “value” you get for your power. That is, more power uphill = more speed. So I’m better off saving my bickies for the climbing sections.

The table below shows the percentage of a given effort I spent in each of the three parts of the climb. These numbers are approximate – you’ll notice that they sometimes don’t add up to 100%, due to rounding etc. Again, the times in bold were PBs at the time.

To me this says that if I pace my effort well – again taking my best-ever effort as an example of good-enough pacing – then there are gains to be had in that final section. And the data seem to confirm this. Of the 10 efforts in this list, the three with the lowest percentage of time spent in the final section are all PBs.

The data also seem to show what happens in the opposite case. In the efforts where I spent the least time in part 1 of the climb – i.e. when I started out harder – I tended to spend more time in the last section (i.e. I faded).

And sure, the nature of percentages means if I’m quicker in one section, I’m going to be slower elsewhere. But my raw times for each section show that I did indeed fade in attempts where I set out hard. For that 17:50 effort, for example, I was only 19 seconds slower than my PB for that first 3.3km section. But when it came to the final section, I dropped 49 seconds, over just 2.3km. Seems fair to say I blew up there.

None of this analysis is remotely scientific. It’s a small dataset, and the above are just my first impressions. In reality, there are a bunch of variables that could influence my times for any given effort: wind direction, for example, whether there was someone up the road who I was inspired to catch, and so on.

That said, I do think there’s enough here for me to draw a couple basic conclusions:

In a future article I’ll test these conclusions by asking some much better riders than me whether that’s how they approach a 1 in 20 effort. And of course, I’ll get out to the 1 in 20 and practice my own pacing as I work towards my ambitious target of a 16:40.

Until next time, thanks for reading, and ride safe!

Thanks to Nick Harvey for his review of this article and suggestions pre-publication. It’s greatly appreciated!