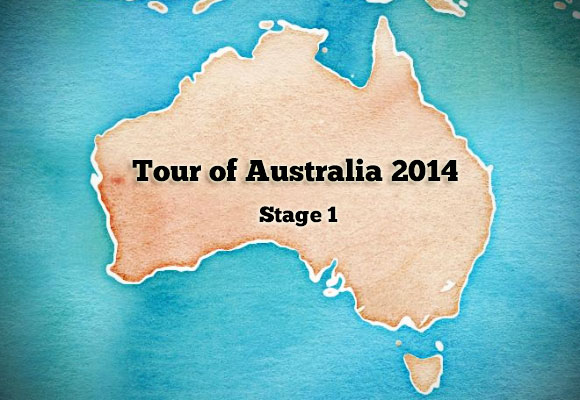 Inspired by the Giro d’Italia, the Tour de France and the Vuelta a Espana, the Tour of Australia is a fictional three-week Grand Tour route created by David Blom and Matt de Neef to showcase some of Australia’s best cycling roads. This is the second year of the race and today we reveal stage 1 of the 2014 edition.

The 2014 Tour of Australia gets underway in Queensland with a teams time trial in the sprawling beachside metropolis of the Gold Coast, a city best known for its beaches, theme parks and high-rise buildings. The opening stage will be held in the twilight hours of Friday evening, allowing a great crowd to gather after the working week and kick off the weekend and the Tour of Australia in style.

The stage starts in Anzac Park from which the riders will head south along the Gold Coast Highway. After roughly 12km the teams will turn left then left again, before making their way north, close to the beach, and through the suburb of Surfers Paradise.

After about 24km the riders turn right on to Sea World Drive and make their way north for the final two kilometres to the Sea World theme park where the event village will be set up.

A mainly flat parcours will ensure the speed is high for the 26km TTT with teams likely to complete the course within half an hour. A few twists and turns in the second half of the course will slow things down slightly, and the wind could be a factor, but this will still be a frantic start to the race.

The stage will also give the strong time trialling teams the chance of vying for the first leader’s jersey of the race which they’ll wear into stage 2, and potentially beyond.