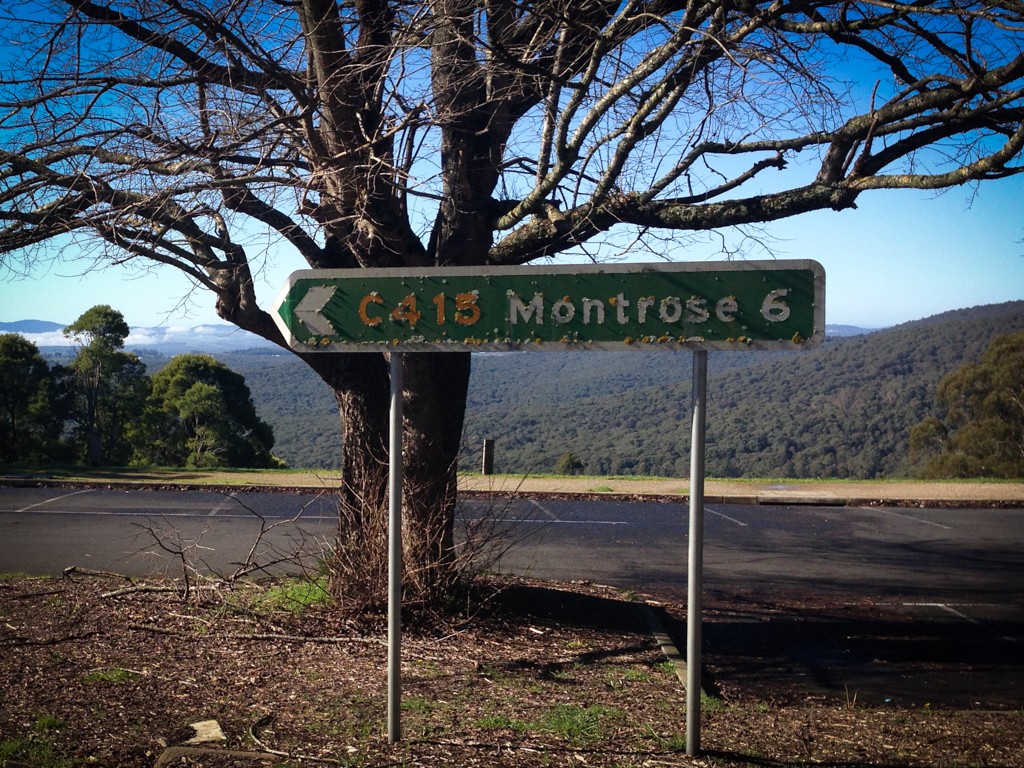 The last few weeks have been pretty up and down for me cycling-wise. And I’m not just talking about the fact that I’ve managed to get back out to the hills to do some climbing.

After my last post about being sick, I’ve done a couple of really enjoyable rides, including a terrific 60km ride out in the Dandenongs with some of the Hells 500 and eQuipo tranQuilo guys, and a ride last weekend on which I managed five times up the Arthurs Seat climb.

But the enjoyment of these rides, and the other shorter rides I’ve managed in between, has been tempered by the lingering illness that’s affected me since I got back from the Tour de France.

After my last post a few of you suggested I should see a doctor to make sure nothing serious was going on. Having taken that (and other) advice on board, and having felt very average in the days after writing that post I went and got checked out. The diagnosis? Nothing.

The blood tests came back perfectly fine. Everything they tested for was normal, except for my iron levels which were too high because I’d had a big steak the night before.

It was good to learn that there’s nothing seriously wrong with me (or anything at all, apparently) but it doesn’t explain why I’ve felt so rubbish and why now, virtually a month and a half since I first fell ill, I still feel weak and like I’m teetering on the edge of feeling worse.

The doctor told me that I should keep up the riding but take it reasonably easy. So that’s what I’ve done. I’m doing roughly half the kilometres I normally do per week and the rides I have done have been at a reduced intensity.

When I did that Dandenongs ride a week or so ago I forced myself to keep my heartrate below 170bpm on the climbs; the point at which, according to Strava at least, my “threshold” heartrate range begins.

I managed to stick to that goal reasonably well, apart from on the steepest part of Inverness Road where even just moving up the 20% slope had my heartrate at 175bpm or above.

But overall the strategy seemed to work. I got through the ride fine and felt perfect the next day. I was on the improve.

In the following week I rode to work a number of times, keeping my heartrate down as much as I could, and only pushing above 170bpm a couple of times to see how my body would react. I felt slower on the rides that I normally would (a result of reduced riding and lost form I suspect) but I also felt perfectly fine afterwards.

And then on Sunday, as mentioned, a handful of us went down to Arthurs Seat to get some climbing in for the Vuelta Skelta Strava challenge. I was feeling pretty good that morning but told myself to take it nice and easy on the ride. I resisted the temptation to do one lap as hard as I could, to see how far off my best I am, and instead did five easy and enjoyable laps.

After those five laps I definitely felt as if I could have continued but I chose to call it a day, not wanting to push things too hard. The damage might already have been done.

On Sunday night I found myself feeling weak and feverish with a headache and nausea. I went to bed at around 8.30pm feeling really ordinary and more than a little frustrated that I’d gone backwards. Two days later and I’m still not feeling right.

I think it’s important to note that I certainly don’t want this blog to become a platform for me to whinge about how I’m feeling on a day-to-day basis. I’ve written this in the hope that others might learn from this whole episode and do a better job of looking after themselves than I have.

I’ve tried to take it easy on the rides I’ve done and tried to reduce the volume of riding I’ve done. But maybe I could have done more.

Amy’s Gran Fondo is coming up this weekend and at the moment my strategy is just to see if I can get through it. If I’m not feeling right come the weekend I might pull the pin; a hilly 110km ride mightn’t be the best idea for me right now. But I’ll see how I’m feeling.

In closing, I’d like to say thanks to everyone that read my last post and offered their words of concern and advice. It was greatly appreciated. And to those of you that have had to put up with me whinging about feeling ordinary and bailing on rides in the past month or more, I’m sorry.

Thanks for reading and I hope you enjoy some of the photos I shot down at Arthurs Seat and Dromana over the weekend.

14 Replies to “Ups and downs (in cycling and in health)”