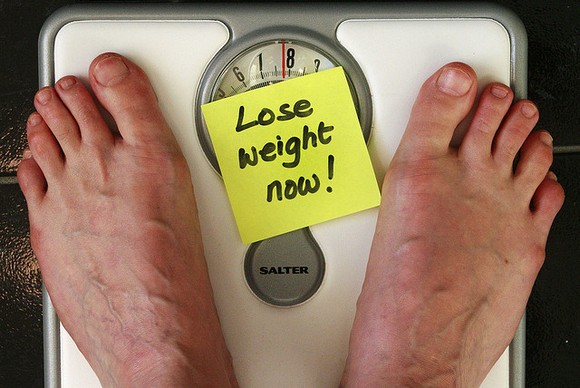 In July I tried to lose some weight. Not because I was hugely overweight (although we’d all like to be a little lighter, wouldn’t we?) but because I was interested to see what was involved and how hard it would be.

When July 1 rolled around I didn’t have a specific weight target in mind. I started the month at roughly 82kg and my first goal was to get below 80kg. More importantly, the plan was to see what impact a month of disciplined eating and exercising would have and whether losing weight would be as easy as I thought it would be.

Why easy? Well, for the most part, losing weight is actually a pretty simple equation — burn more energy than you consume and you’ll lose weight. Sure, to have a healthy diet you also need to ensure you’re getting all your daily nutritional requirements — but assuming you’re doing that, losing weight is just about consistently creating an energy deficit.

If we’re talking about energy deficits there are two factors at play: how much food you eat and how much exercise you do. It’s possible to lose weight by adjusting just one of these factors (eating less or exercising more) but, ideally, you should be doing both.

From July 1 I started keeping a close eye on my energy input and expenditure. I downloaded the EasyDietDiary iPhone app and used it religiously to track exactly what I was eating, breaking every meal and every snack down into its component parts. It was a tiring process at times, but I’m a bit of a stats junkie so mostly I just found it fascinating. At the same time I also ensured I always wore a heartrate monitor while exercising, to track how much energy I was burning.

Doing these two things together gave me a fascinating perspective on my daily energy input and output that I simply didn’t have before. The 4,000kJ burned during a 40km ride, for example, wasn’t simply a number in a Strava activity page any more; it was now the equivalent of a big dinner of homemade chicken parmagiana with mashed potato, veges, and a glass of orange juice. Or the equivalent of roughly 10 Tim Tams or 13 red apples or eight slices of white toast with peanut butter.

Every day I would keep track of how much energy I was “owed”. I’d add the energy expenditure of any exercise I’d done that day to an estimate of my daily, sedentary energy requirements; a number I estimated at 9,000kJ based on National Health and Medical Research Council guidelines.

Those days were my favourite; knowing that I was contributing to my weight loss, while still being able to eat as much as I wanted for dinner and dessert. But there were downsides to those days as well.

On day 10 I ate a total of 4,600kJ for breakfast and lunch before heading out for a ride that burned roughly 6,300kJ. So when I got home from my ride, and with dinner time approaching, I was again “owed” more than 10,000kJ. But I felt rubbish. I had no energy at all, I was lethargic and my blood sugar levels were obviously very low. The best way I can describe it is to say that it felt like I was “bonking”, albeit while sitting on the couch rather than while out for a ride.

I had a similar situation on day 4 when I thought I’d try a pre-breakfast ride which, reportedly, helps you burn fat (rather than the carbohydrate you’ve just poured in for breakfast). I went into the ride hungry and got progressively hungrier as the ride went on. I kept telling myself “this is doing you good, push through!” but I ended up feeling nauseous and lethargic for the rest of the day.

I found myself swinging in the other direction at times too, getting lulled into a false sense of security and eating too much. On day 17, for example, I spent 45 minutes on the stationary trainer, burning 2,400kJ in the process. When I got back inside I figured “I’ve just burnt all this energy, I deserve some dessert”. So I helped myself to a slab of chocolate pudding which, I found out later, was about 3,000kJ worth. Forty-five minutes of hard work undone in five.

Going into this process I wasn’t quite sure how much weight I’d be able to lose. Like everyone I’ve seen those ads for exercise equipment and diet products where the folks in the ads lose 1kg a week or more, but I didn’t know if that was realistic. I was weighing myself daily which made it hard to see any noticeable gains from day to day.

Often there’d be no change at all and on a couple of occasions I even managed to be heavier than the day before. On day 8, I wrote in my weight loss diary “Gone backwards slightly, but not sure how! Been counting calories religiously!” Those days were frustrating, particularly when I’d had a smaller dinner than normal, or skipped dessert the day before for apparently no gain.

In the end I lost somewhere in the vicinity of 3kg in the month, taking me from 81.4kg down to 78.4kg by the end (+- 500g for daily fluctuations). While I was glad to have shed those few kilos, I was more interested in the process, what it had been like and what I could take from it going forward.

I learned that trying to lose weight means getting well acquainted with the feeling of being hungry, including going to bed hungry. I learned that weighing yourself everyday can be demoralising — weight loss is about an extended period of watching what you eat, it’s not simply a day-by-day prospect.

But probably the biggest thing I learned was that keeping track of what you’re eating really does make you more disciplined. When you’re not watching your weight it’s so easy to just head to the pantry for a snack in the evenings, not thinking anything of it. But if you have to add each biscuit or piece of chocolate to a record of your daily energy intake, it starts to make you question whether you really needed that snack in the first place.

I’ve taken that fresh perspective with me and I feel it will change the way I think about eating from now on (in a good way). I’m keen to try another sustained period of attempted weight loss, next time in preparation for a hilly cycling event where a few less kilos to drag uphill will be a great benefit.

Part of the problem for me in July was that I didn’t actually do that much exercise — probably less than I normally would. For a start it was the middle of winter (cold, wet and miserable) then there was the fact I was working strange hours, reporting on the Tour de France. Going to bed at 3am (at the earliest) and getting up late morning made it hard to find time to get out for a ride. I wouldn’t be surprised if my disrupted sleeping patterns had an effect on my metabolism as well.

In all I found it to be a fascinating personal experiment and one that I’m glad I did. I certainly don’t claim to be an expert in this area, but next time I try to lose weight I’ll certainly have some experience to draw on to improve the process. In the meantime though, here are a few things I learned that might help you if you’re trying to shed a few kilos:

Have you tried to lose weight through cycling? How did you find the process? Is there anything you’d add to the tips above?

36 Replies to “Weight loss for cyclists: a month of personal observations”