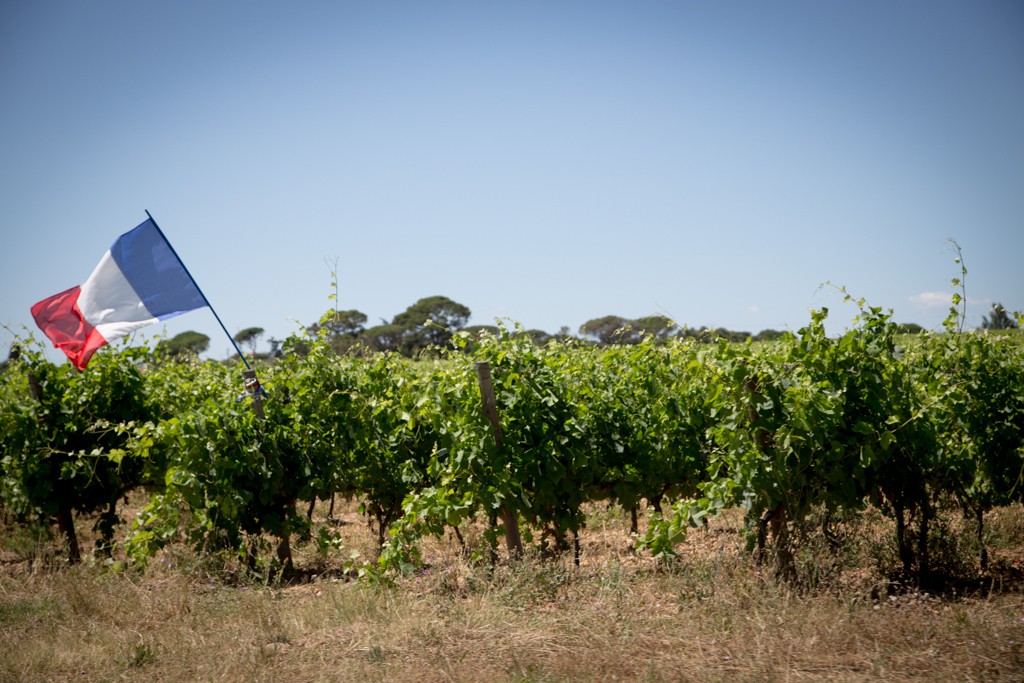 To say it’s been hard to find time to blog here would be a huge understatement. Ever since the Tour de France started my days have been chock-a-block full from start to finish.

A normal day begins at 7am when Wade (my boss at CyclingTips) and I get up, have breakfast, then drive to the start of the stage. After wandering around, grabbing photos, interviews and whatever else we need to do, we drive the 150km+ to the stage finish, inevitably getting caught in an hours-long traffic jam along the way. The other day it took us as long to drive the course at it took the riders to race it.

After watching the finish and doing interviews, taking more photos and soaking it all in, we drive to our hotel — sometimes an hour or more away — and start working. We normally finish working somewhere after midnight, having wolfed down dinner somewhere around 9 o’clock. Again: long days.

It’s currently about 3am on the morning of the first rest day and we only finished our work for the day an hour or so ago.

I’ve managed to get in a couple of rides here and there but only short ones. Still, getting out on the bike for an hour is better than nothing, and on some occasions I’ve been able to get longer. Rather than writing long and detail reports about the rides, I thought I’d jot down a few sentences then share a bunch of photos with you.

The last time I wrote we were about to head to Corsica for the first few stages of the race. As you’d know by now, those first three stages are long gone (we’re nine stages in) so the photos you see below are from the first week of racing, including Corsica.

Before I get to those though, here are the brief rides I managed between getting to Corsica and the end of stage 7.

It took a couple of days in Corsica before we found time to ride, and when we did we only had time for about 50km. But what a ride it was. Great climbs, stunning coastal views, quaint medieval-looking towns perched high in the hills. Just magic. 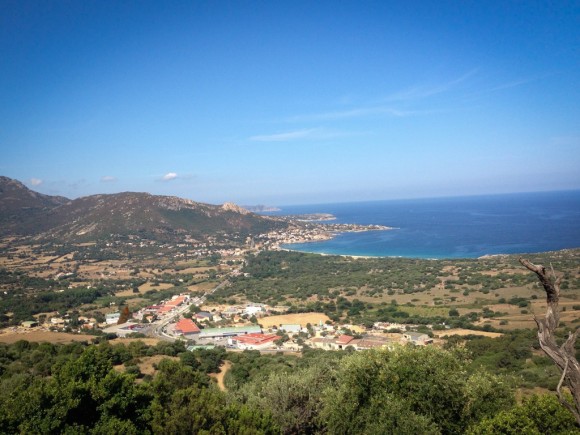 There was a climb straight out of the start and Wade wasted no time in putting me in the hurtbox. And to be honest, I spent most of the ride hurting, including the final few lumpy kilometres along the coast in which Wade ramped things right up and urged me to hold on. I did, but not without significant discomfort. Still, it was fun.

I’d love to spend a good chunk of time in Corsica riding the many climbs, seeing where roads go, and generally exploring the place. We barely scratched the surface and I’m keen for more. 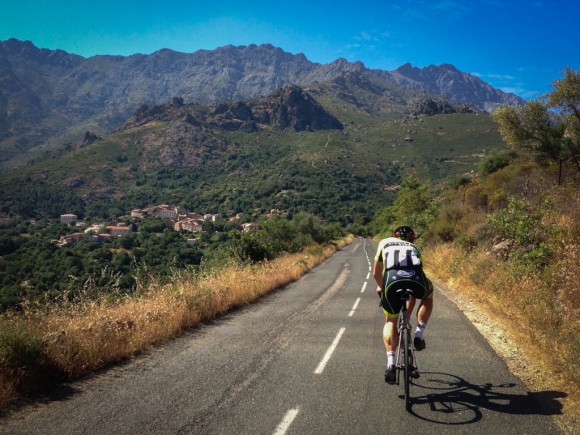 On one of our last days in Corsica we had an hour spare before we had to get to a stage start and so Wade suggested I head out for a quick spin. He had a mountain of work to do so I set off alone and headed for one of the many short climbs in the area.

It was only a short ride — roughly an hour — but in that time I managed to do a couple of little climbs and enjoy more of the stunning views about the place.

I finished the ride with a quick visit to what I assume is a lighthouse on a tiny spit of land just out of L’Ile Rousse, the town where we were staying. There was a nice little gravelly climb to the top and of course the views were sensational when I got there. Again, I really need to do some more cycling in Corsica.

The fact that I’ve been able to climb the Col de la Madone three times while in France is quite astounding. I would have been happy with just once but three times is a true privilege.

After the first easy spin up there and the second trip to take some photos, I set off up there once we were back in Nice to try and post a good time. Now when I say good, I don’t really know what that means. The only time I had in my head was 30 minutes — the time Lance Armstrong was able to do in the weeks before the Tour de France. I knew I’d be a long way off that, I just didn’t know how far.

I probably went out a little hard at the start and had to back it off a little in the middle but I got to the Col de la Madone in a touch under 50 minutes. For all you stats junkies out there, the climb is roughly 12km long at 6.8% average gradient and my time gave me a VAM of around 1000. That’s about what I’d expect for a climb of that gradient and length.

It was a great little test of my fitness and a chance to get the heart rate up after too many days off the bike. The day turned a little sour at the top though.

From the Col I continued up the gravelly track to the summit of the hill and when I got as far as I could, I noticed I had a puncture. I went to replace the tube before noticing my spare had a huge gash in it. Not good.

With neither tube inflating at all, and with nothing else to do, I put both tubes in the tyre and rolled down the mountain on the rim. To say it was unpleasant would be an understatement. Every time the valve would come around the whole bike would clunk and rattle. Pretty unpleasant at anything more than 15km/h.

Still, getting to ride the Col de la Madone is a privilege and I wasn’t too disappointed by the whole thing. I’ve since replaced the tube(s) and the rim wasn’t damaged, luckily. Onward and upward!

Since those rides I’ve been on another couple but I’ll save the descriptions of those for a later blog post. Until then, thanks very much for reading and enjoy the photos below.