﻿ Cycling in the Adelaide Hills at the Tour Down Under | The Climbing Cyclist
January 27, 2016

Cycling in the Adelaide Hills at the Tour Down Under 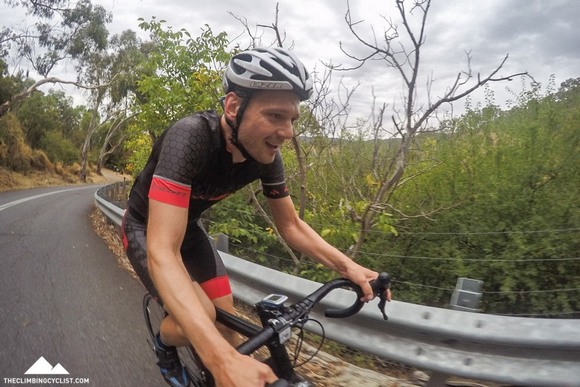 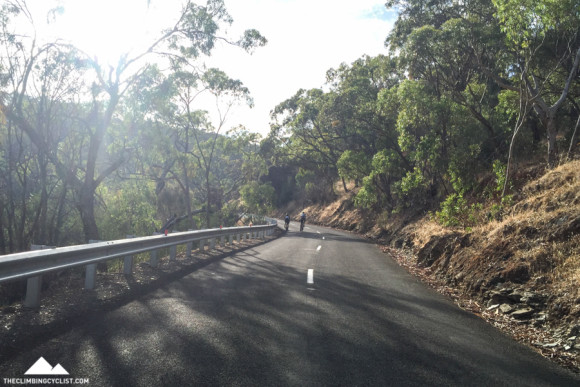 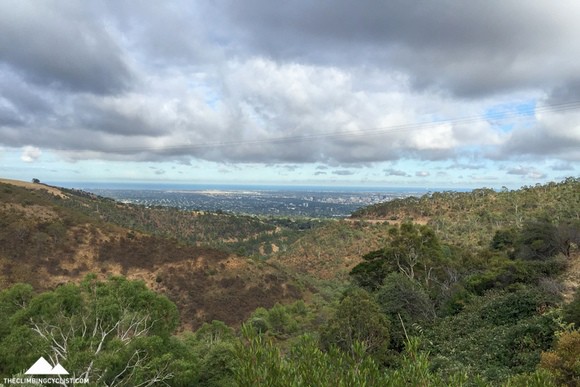 The view over Adelaide from Greenhill Road. 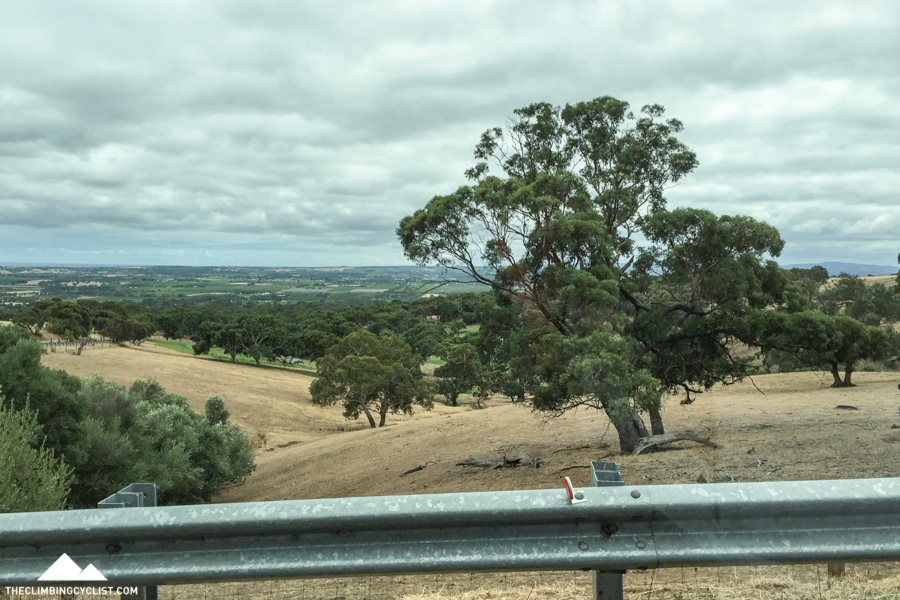 The view from the media car while climbing Willunga Hill. I’m still yet to climb this now-famous climb by bike. 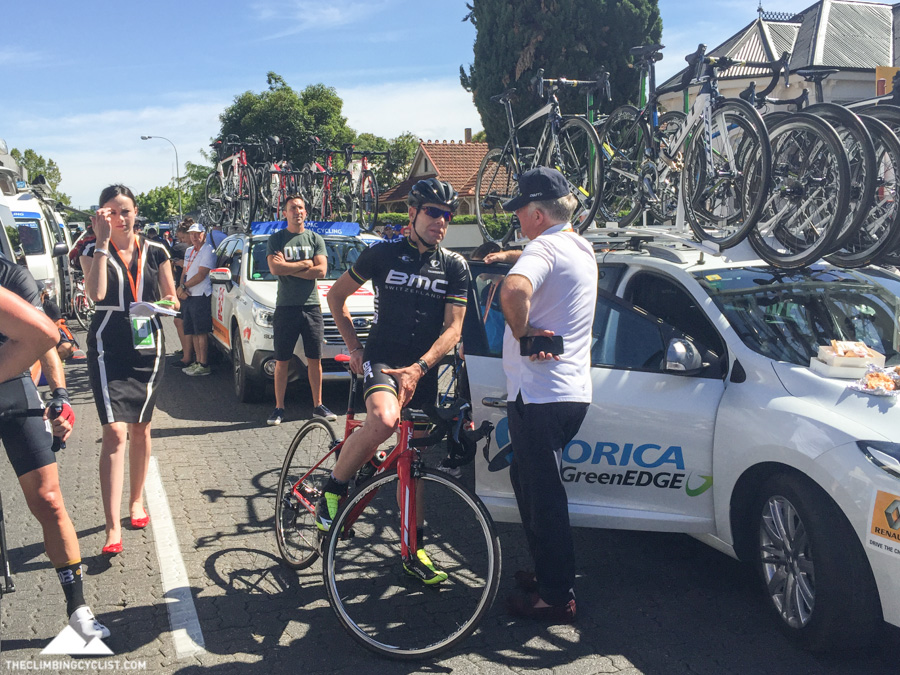 Cadel Evans chats with Gerry Ryan at one of the stage starts. 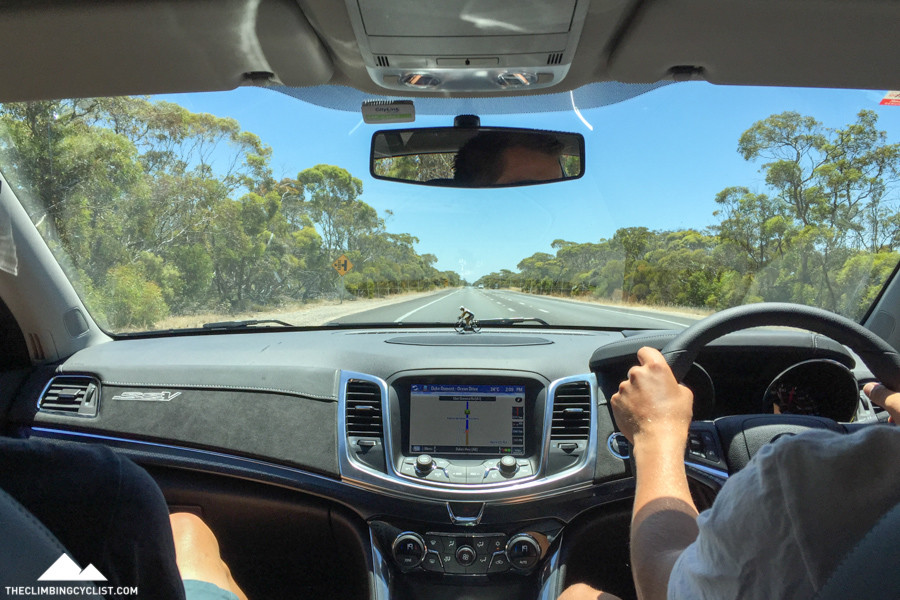 The open road on the drive over to Adelaide. 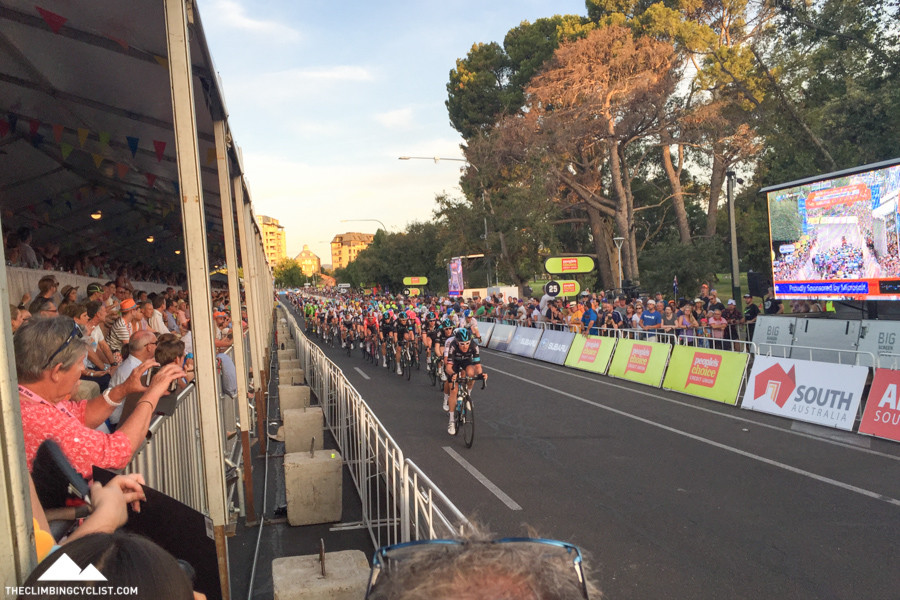 Geraint Thomas leads the peloton through in the People’s Choice Classic criterium, two days before the TDU began. 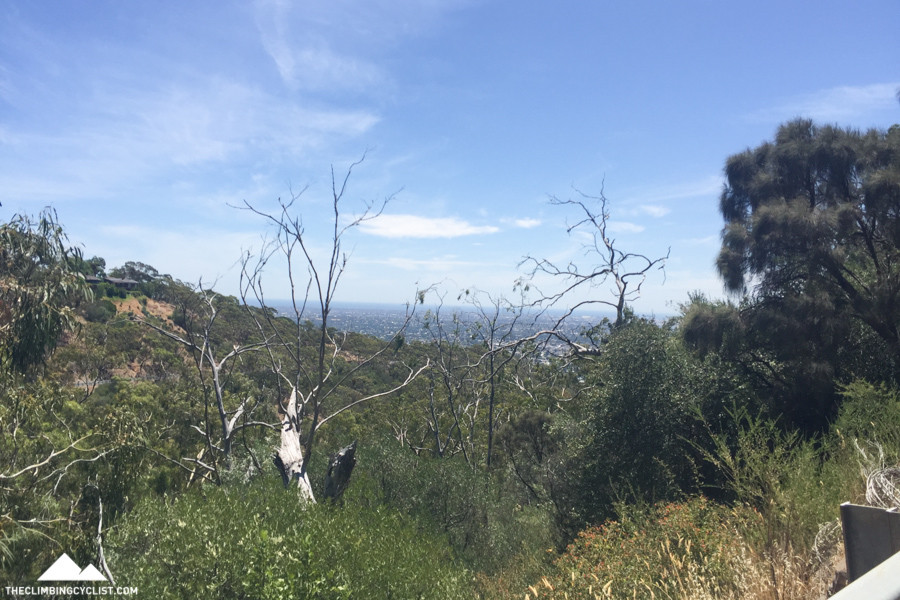 The view from Norton Summit. 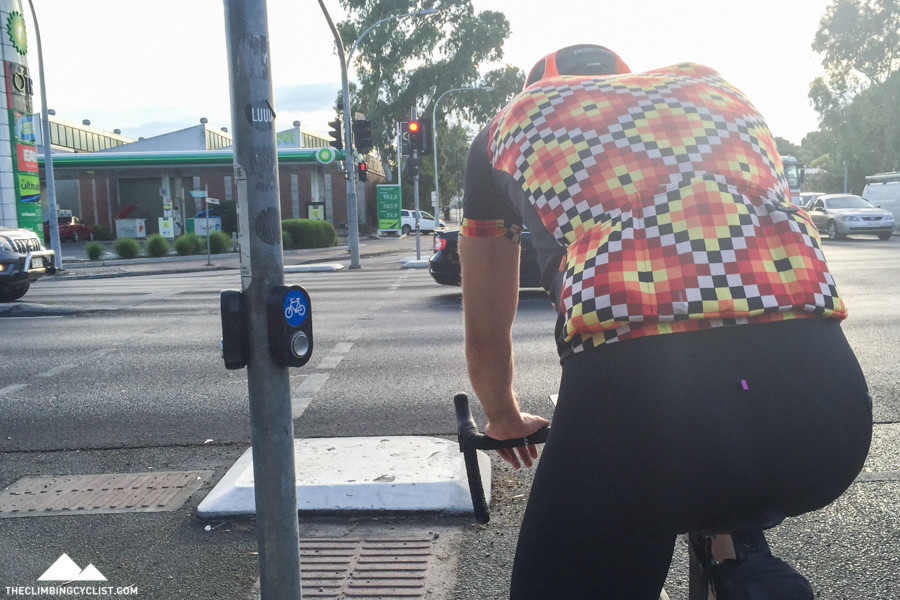 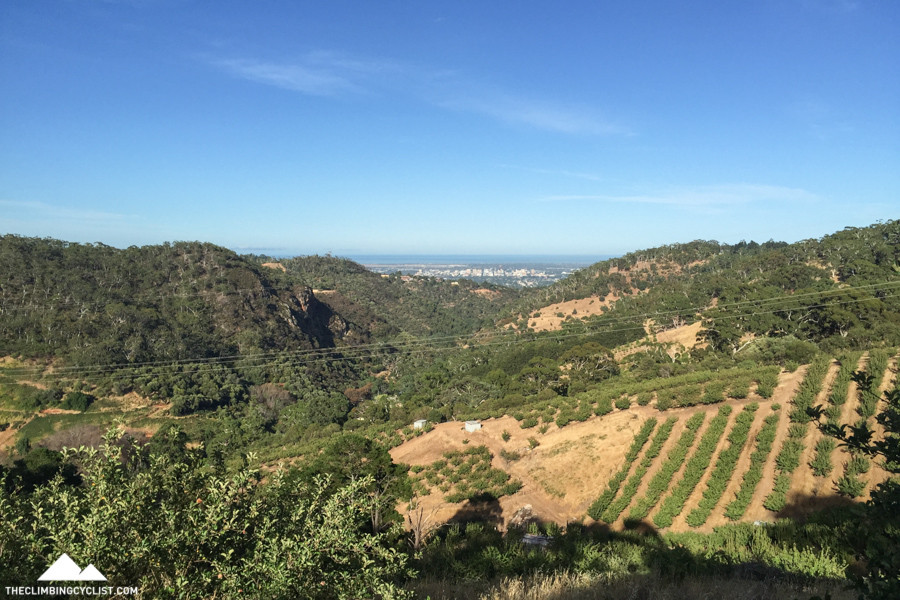 Standard views in the Adelaide Hills. Dry, but beautiful. 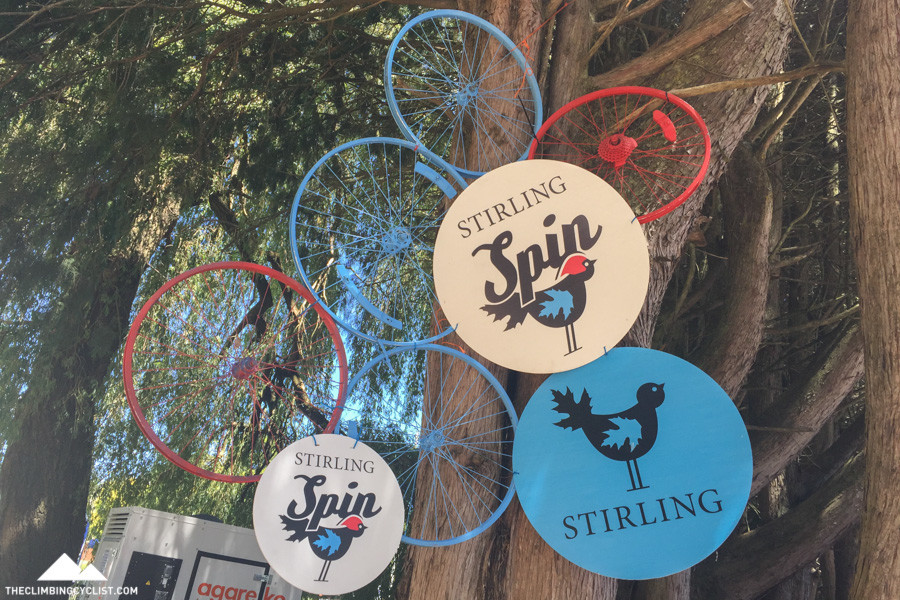 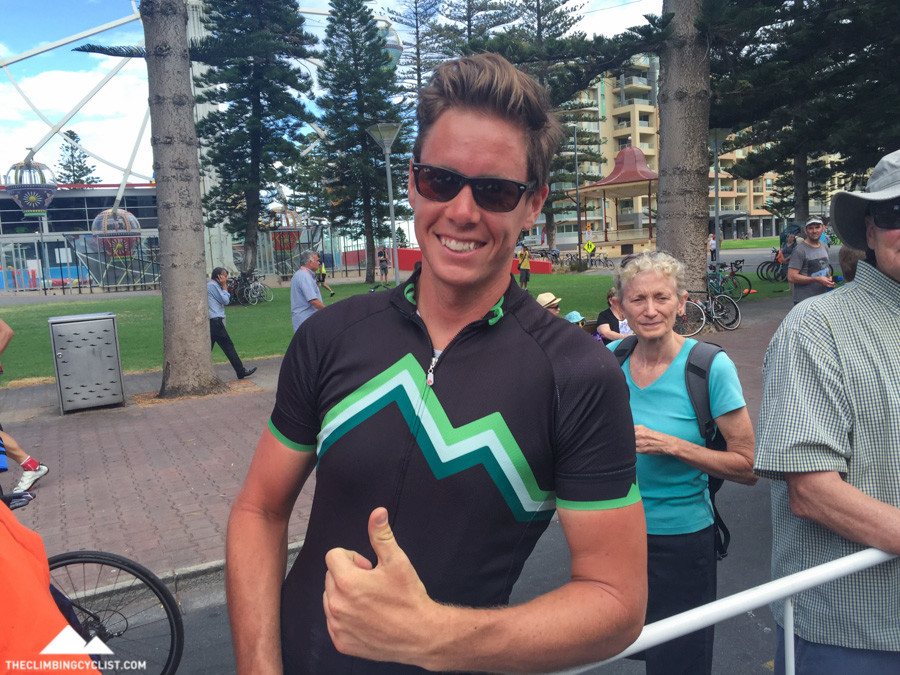 Great to see Ian rocking the TCC kit over in Glenelg! 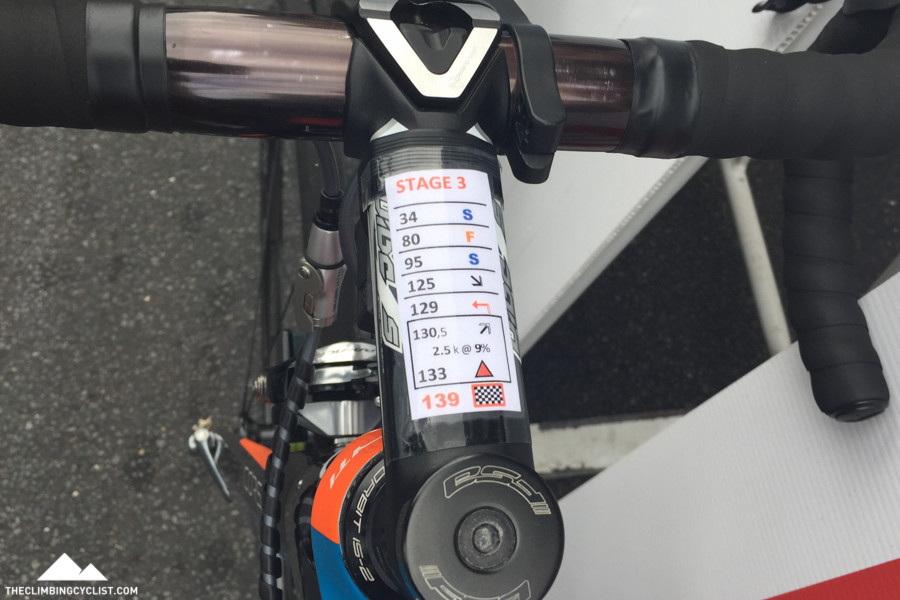 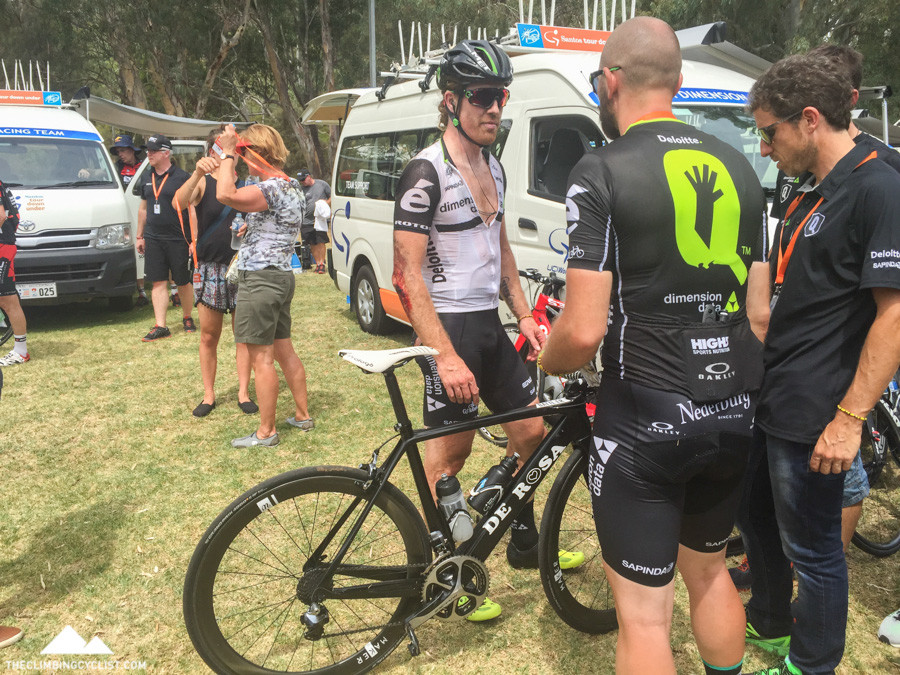 I was standing in the right place at the right time and saw Tyler Farrar roll in to the finish of stage 3 on a fan’s bike. I tweeted a photo similar to this on the CyclingTips account, and the story rolled on from there. 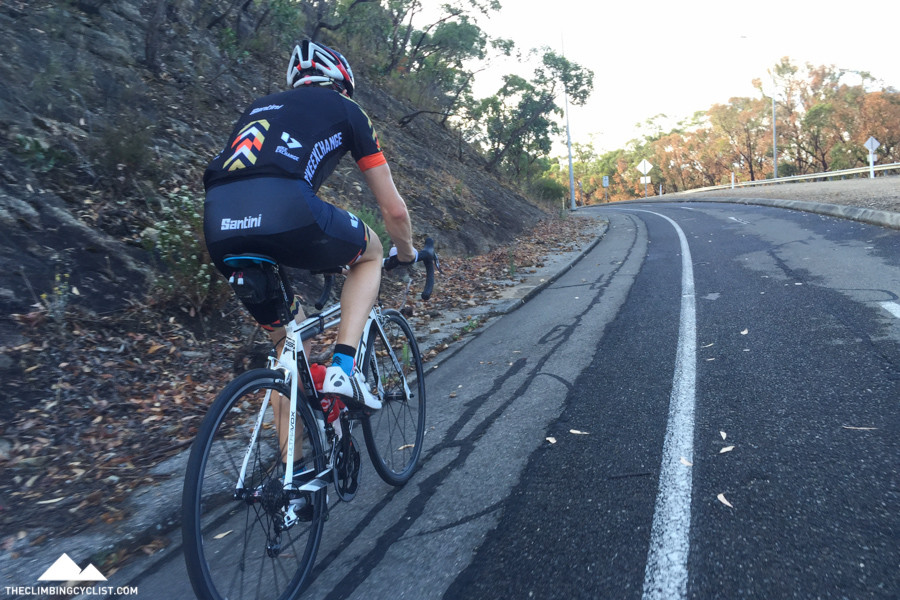 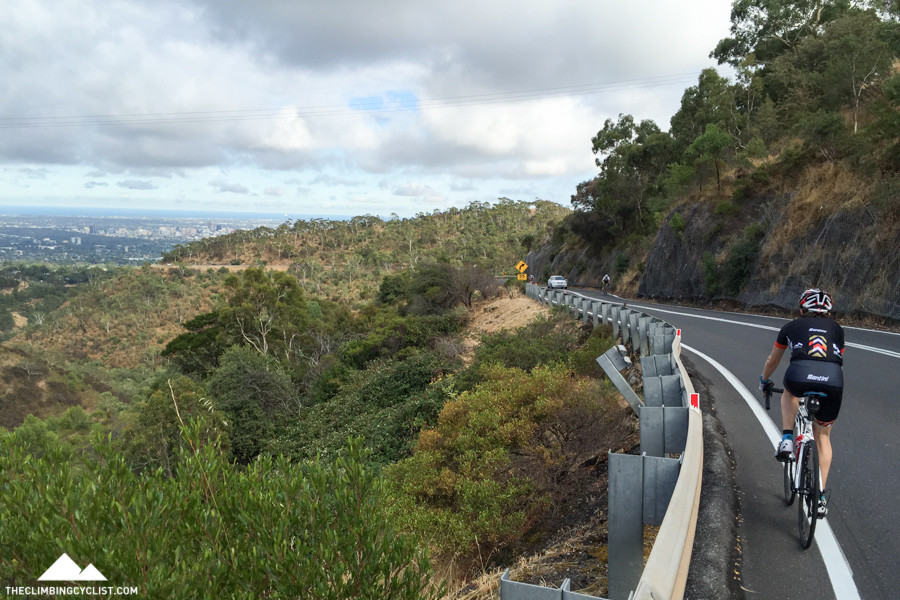 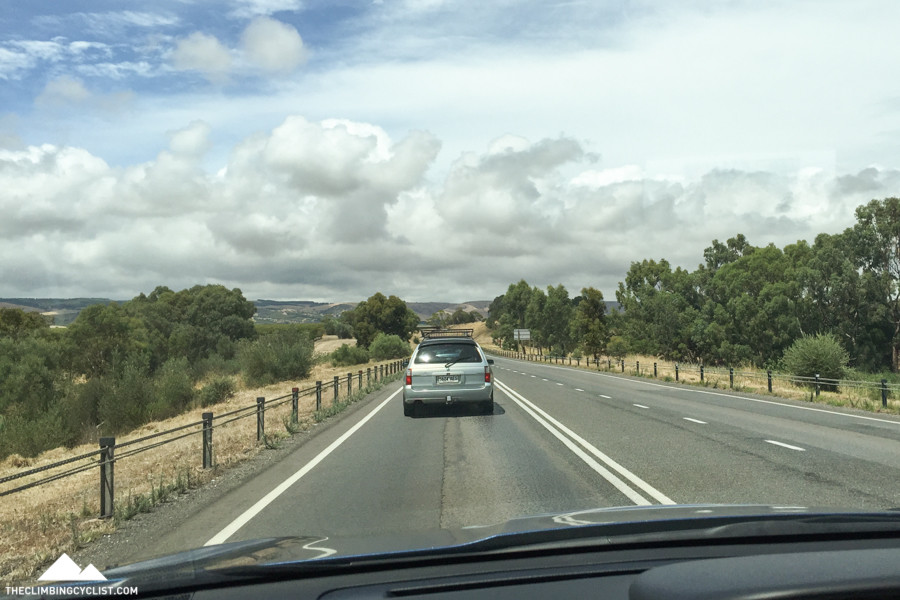 Driving down to Victor Harbor in the media car. 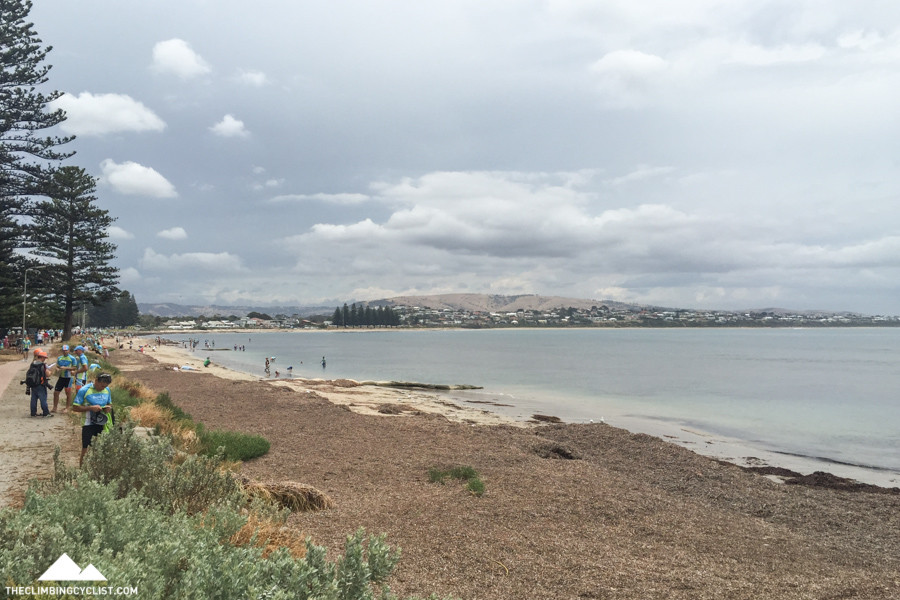 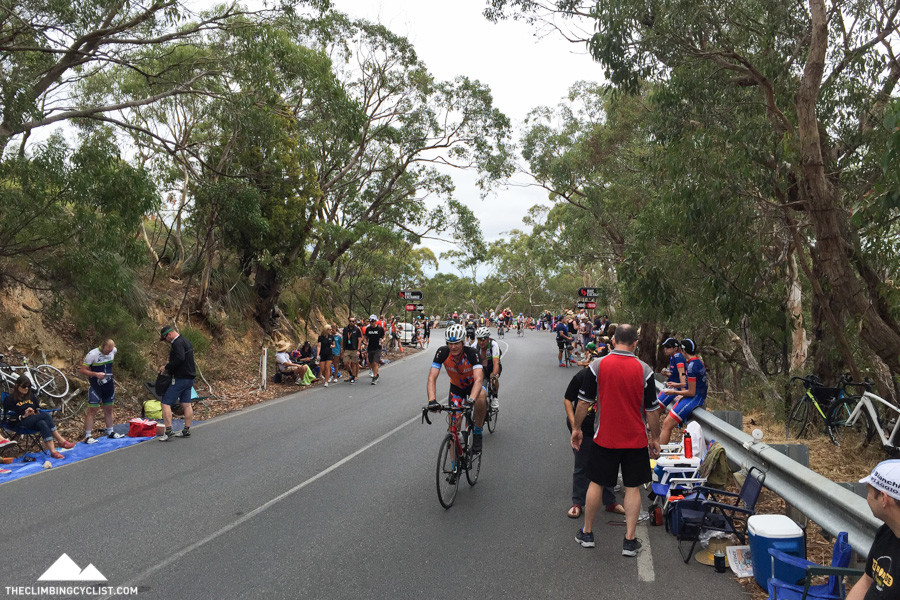