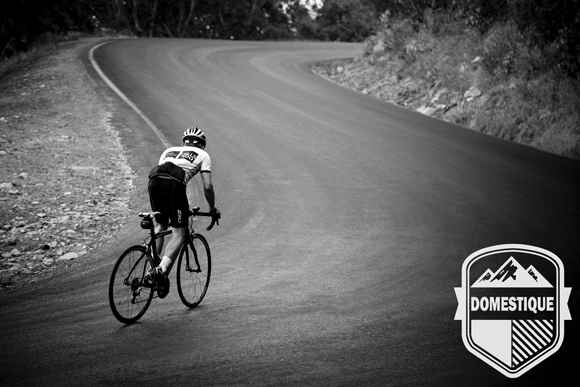 It feels like a lifetime ago that we held our final 7 Peaks ride of last summer over at Mt. Baw Baw. And with a new summer just around the corner we’re excited to announce that the Domestique 7 Peaks Series is back for its second year! Plans are well underway to ensuring this year’s series picks up where last year’s left off.

For those of you that mightn’t have heard of this series, the 7 Peaks Alpine Ascent Challenge is an initiative from Tourism North East Victoria that’s all about getting riders out into the hills over the warmer months.

It’s free to enter; you just sign up for a passport, climb the 7 Peaks — Lake Mountain, Falls Creek, Mt. Buffalo, Mt. Baw Baw, Mt. Buller, Dinner Plain and Mt. Hotham — get your passport stamped at the top of each climb, then send your passport back to Tourism North East for a chance to win some prizes.

The challenge begins on October 18 and runs until March next year.

The Domestique 7 Peaks Series is a series of rides, organised as a collaboration between The Climbing Cyclist and Hells 500, and run with the support of Tourism North East. Between October and March we’ll be running a series of free rides to encourage riders of all abilities to get out into the hills, get their passports stamped, and have a great time along the way.

Over the past few weeks we’ve been working closely with Tourism North East, local police, VicRoads, the alpine resorts and insurance providers to ensure everything runs smoothly.

We know you all need plenty of warning about events like these so here are the dates for this year’s Domestique 7 Peaks Series rides:

We’ll be doing everything we can to stick to these dates but there’s a slight chance that one or two might have to change. If that’s the case we’ll be sure to let you know as early as possible.

All of the rides are totally free to join; we just ask that you let us know you are coming. We’ll be creating a simple online registration form for each ride shortly and we just ask that you fill in the details so we know who’s coming and how to get in touch with you in case anything changes.

We’ll also be creating a Facebook event page for each ride which will allow you to discuss the event with fellow riders, organise car pooling, share tips and tricks or anything else related to the ride.

Everything you need to know about the rides and how to sign up will be over at the Domestique 7 Peaks Series hub page. That page is now live with some basic information about the series and we’ll be updating that hub page constantly over the next few months to keep you up to date.

Speaking of which, we’ve got a couple of other exciting announcements to make in the coming weeks. Stay posted for those.

In the meantime put the dates above into your calendar and start training up for the 2013/14 Domestique 7 Peaks Series!