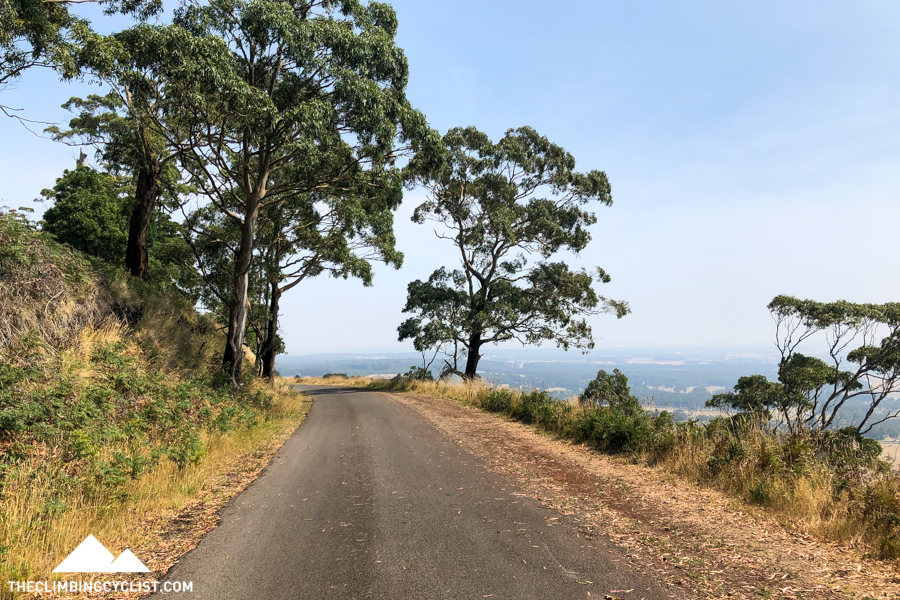 It’s been an up-and-down month since my last post about the PB’s Project. Some good moments, some frustrating moments, but ultimately things are heading in the right direction.

A quick refresher if you’re just joining us: this summer I’m trying to set new PBs on a bunch of climbs. Why? Because it’s good to have a goal to help keep you motivated and riding hard is fun!

So, here’s where things are up to.

Not long after my last post I went back out to Eltham to try and snag the Main Road PB that I’d fallen short on. It didn’t go well. The wind was against me, and it just wasn’t my day. I ended up 22 seconds short of my PB, and 19 seconds slower than my last attempt. Not ideal.

In the first week of the new year I finally received all the bits for my bike rebuild and had it built up. It’s the CAAD10 frame I’ve had since 2014 but I put new wheels (Prime Attaquer), new handlebars, and a new drivetrain (Shimano Ultegra) on it. It’s quite a bit lighter than the Synapse I’ve been attempting PBs on — 7.5kg without pedals. 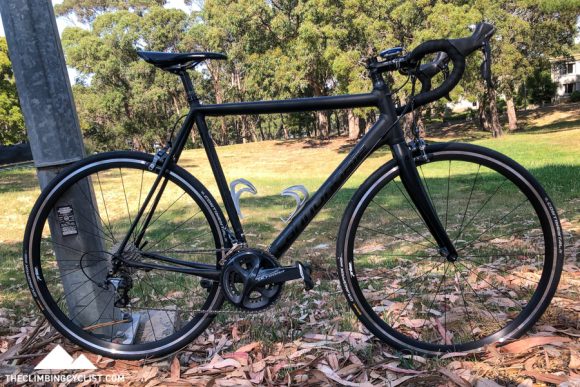 With that done I headed off to Ballarat to cover the Australian Road Nationals for CyclingTips … and to attempt some more PBs!

On my first ride I set off not really knowing which to go for — I figured if I rode to my best I’d take both. I flogged myself to the KOM line, where I was about six seconds short, so figured I had to give it everything to try and PB the full climb. I really didn’t want the ride to count for nothing.

I came up four seconds short.

That was the hardest I’ve ridden in a long time. I had congealed saliva covering my chin (Laurens Ten Dam style), I very nearly threw up when I got off the bike at the top, and I saw heartrate numbers I haven’t seen in years (194 bpm in case you’re wondering).

I was pretty dejected. But when I got back to where I was staying I noticed the breeze I’d felt on the way up was a stronger cross-headwind than I’d expected. I checked out the wind forecast for the days ahead and tried to pick a more favourable time to have another crack.

I found a small window the next day where the wind was blowing in the right direction, but just before the rain hit. It was a case of getting all my work done that morning, then getting out there with enough time to do a warm-up and hit the climb, before getting wet.

I made a conscious effort to pace the climb differently the second time around. The day before I’d blown myself up on the steep ramps just past the Nationals KOM line, and grovelled my way to the finish. I knew I could take the full-climb PB if I saved a little more in the tank for the last, flatter section.

I took the first part of the climb a little easier than I might have but was stoked to see that I’d still managed to PB the KOM climb. Then I pushed into the second half of the full climb, where I felt much faster than the day before. I got to the top, again in a world of hurt, but stopped the clock 14 seconds faster than I had a day earlier, and 10 seconds quicker than my previous PB.

When I got back to the accommodation I realise that I’d misread my Garmin and that I was in fact slower on the Nationals KOM than I thought. Slower than the day before. Damn. Ah well — one out of two ain’t bad?

I thought about heading straight back out, rain be damned, but I was stuffed. I had a look for another window but realised that the course would be closed for basically the rest of my visit, with the Nationals road races about to start. I guess I’ll have to come back and tackle that Nationals KOM climb at some other point.

The next day I was still frustrated on missing out on one of the two goals I set myself, so I tried to make amends. I headed out to nearby Mt. Warrenheip to see if I could snag another PB instead.

That climb wasn’t on my original spreadsheet and I didn’t want to add it after the fact — I wanted to commit myself to trying it, and then add the result either way.

I rode the climb once, easily, to refamiliarise myself and to make sure the speed I’d need to do was realistic. By the time I got to the top I figured I was a good chance, so I stopped, added the climb to my spreadsheet, then descended and readied myself for a full-gas effort.

I got it pretty easily — by more than a minute in fact. I was pretty happy with that. It helped to ease the frustration of missing the other PB I’d wanted. A little.

I’m writing this from the departure at Melbourne Airport, about to jet off to Adelaide to cover the Tour Down Under for CyclingTips. I’m taking my bike and I’ve got a couple of climbs I want to PB: Norton Summit (the most famous of Adelaide’s climbs) and Corkscrew Road.

I’m confident of a PB on Norton Summit but the steeper Corkscrew will likely be harder. I have vivid memories of battling massively up there a year ago — another almost-spew — so I know how much a new PB is going to hurt.

3 Replies to “The PBs Project: Mt Buninyong and Mt Warrenheip”