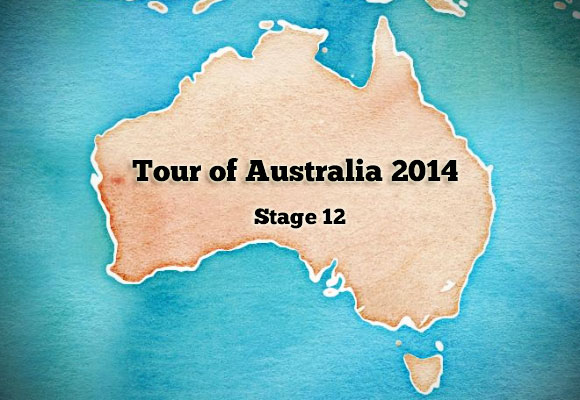 Inspired by the Giro d’Italia, the Tour de France and the Vuelta a Espana, the Tour of Australia is a fictional three-week Grand Tour route created by David Blom and Matt de Neef to showcase some of Australia’s best cycling roads. This is the second year of the race and today we reveal stage 12 of the 2014 edition.

Click here to see the route and profile at Ride with GPS.
On the day after the second rest day, the Tour of Australia resumes with a 177km stage that’s almost entirely flat. Striking out from the alpine centre of Bright the riders head north west along the Great Alpine Road for a very flat opening 42km.

At this point the riders head right on to Buckland Road, following the road north for about 7km before the day’s only categorised climb awaits them. The climb up to Buckland Gap is 3.2km long at a challenging average gradient of 7.5%.

From there it’s just six kilometres to the first of two intermediate sprints for the day, this one in the historical town of Beechworth. After heading north east out Beechworth (via a gentle rise to the 75km mark) the riders reach the outskirts of Wodonga, the Victorian half of Albury-Wodonga which sits on the Victoria/NSW border (and the banks of the Murray River).

The race heads west from Wodonga after roughly 100km, reaching Rutherglen and the second and final intermediate sprint after 138km. And from there it’s a dead-straight, pancake-flat run south to the stage finish in Wangaratta.

The riders might have had a rest day the day before this stage but it’s hard to imagine anyone complaining about another easier day. Aside from the Buckland Gap climb after about 50km, there are very few difficulties to speak of on this stage. In fact the first 40km and the last 60km of the race are about as flat as you’re likely to see in a bike race.

You’d expect a breakaway to form quite early in the stage and to potentially fragment on the Buckland Gap climb with just a few stronger riders getting away. But if there was ever a stage for the sprinters this is it. With the climbing out of the way, the teams of the sprinters could come to the front and start to bring back the breakaway in preparation for a sprint finish.

Depending on the conditions, the wind might play a role in the final 60km, particularly if there’s a crosswind between Rutherglen and Wangaratta, but that’s unlikely to foil the fastmen. The question is: how many of the big-name sprinters would be left after the brutal days in the mountains the week before?

For the GC riders this is the perfect stage to sit near the front of the main field, out of trouble, and save energy before things head uphill again in the days to come.