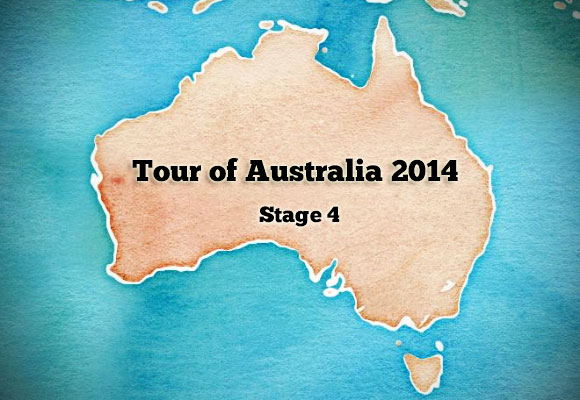 Inspired by the Giro d’Italia, the Tour de France and the Vuelta a Espana, the Tour of Australia is a fictional three-week Grand Tour route created by David Blom and Matt de Neef to showcase some of Australia’s best cycling roads. This is the second year of the race and today we reveal stage 4 of the 2014 edition.

Click here to see the stage map and profile on Ride with GPS.

Held in October, Grafton to Inverell is one of Australia’s two most famous single-day races (the other being the Melbourne to Warrnambool). First held in 1961, the race is part of Australia’s National Road Series and is defined by a long and challenging climb up the Gibraltar Range partway through the stage.

Leaving Grafton and heading west on the Gwydir Highway the riders are in for a flat and fast start to the day. The first of two intermediate sprints comes after 46km, in the town of Jackadgery, before the road swings north west on the approach to the Gibraltar Range climb.

All told, the climb is 17.4km long at an average gradient of roughly 5%, with the road flattening out again 87km into the stage. From that point there’s still more than 140km left to race but there are no more climbs of great significance to take note of.

There is, however, another intermediate sprint point in Glen Innes after 161km, and after the race reaches its highest point after 175km, it’s gently downhill to the finish in Inverell.

Given there’s 140km of mainly flat roads to end this stage it should theoretically be one that’s contested by the sprinters. But the climb up the Gibraltar Range is long and hard enough to put many riders in difficulty.

If one of the pure sprinters is seen to be in trouble on the climb, you could see the teams of the other sprinters — particularly those that can climb, like Peter Sagabn — upping the tempo to ensure that the dropped sprinter can’t catch back on. Then it would be a case of continuing to drive the pace for the remaining 140km to ensure the pure sprinters can’t be there to contest the finish. Expect to see alliances between various teams who might be keen to contest the finish without the pure speedsters.

Then again, 140km is a long way and, given the right team support, a dropped rider could get back on to the peloton in that time. It just depends how far off the back they are when the climb ends, how many teammates they have around them and, again, how hard the peloton is driving. The presence of a breakaway could change the dynamic as well.

For those contesting the general classification this stage will be all about staying calm and staying in position. Get up the climb in the main field and stay there until the finish. The climb is too far from the finish to be decisive on the GC and the overall contenders are better off saving their energy for the mountain-top finishes later in the race.