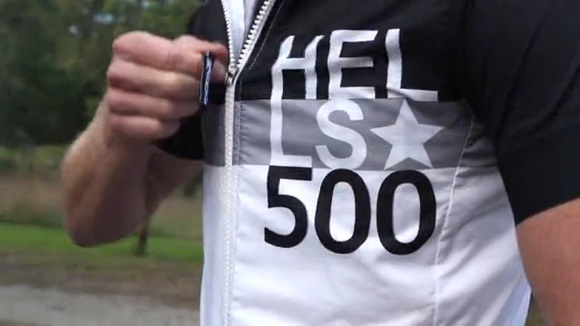 A few weeks ago myself and a dozen others took on this year’s Hells 500 invitational epic ride, called Crux. It was three laps of a popular (but very tough) ride in the Dandenongs called The Crucifix, a course that features four climbs:  The 1 in 20, The Devils Elbows, The Wall (to Sky High) and Inverness Road (to Sky High as well).

By the end of the day I’d ridden 215km, spent more than 10 hours on the bike and climbed 5,608 vertical metres. It was a huge day and one that I’m unlikely to forget in a hurry, particularly given there’s now a short film that really captures the spirit of the day.

It was put together by photographer Nigel Welch (who’s looking to do more video work in future, and fair enough too!) and Hells 500 founder Andy van Bergen. I think you’ll agree that they’ve done a fantastic job. Check it:

Thanks again to Andy and the gang for the opportunity to take part in the ride and thanks to Andy and Nigel for putting together such a terrific keepsake from the day. I suspect I’ll watch this video many many times in the years to come.

If you’d like to read more about Crux and how the day unfolded, check out my write-up (with photos and a video) here.

2 Replies to “Crux: the movie”