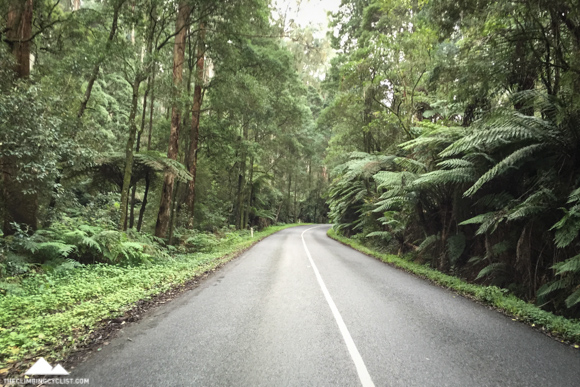 When you first get into cycling, it doesn’t take long to work out that you’ve fallen in love with a time-intensive hobby. A ‘short ride’ might be a couple hours long and if you really want to improve — particularly when it comes to your endurance –you’ll need to get used to spending many hours in the saddle.

Sadly, most people that enjoy riding their bike don’t get paid to do so. It’s far more likely that cycling is just one of many things you need to cram into your day, around all the other important stuff.

Some of you might remember a post on CyclingTips back in 2010 in which the site’s founder (and now my boss) Wade Wallace wrote about The Two-and-a-Quarter Rule. This section of the article sums it up very well:

“… people have the capacity to be 100% committed to only two and a quarter things at one time.  If you try to fit any more in something will have to be sacrificed.  For most of us, work takes up one point, wife and kids take up another point, and you have a quarter of a point left to play with.  You can see why competitive cycling is a young man’s game.”

I’ve run into the constraints of this rule over the past few months as a result of training up for my second Melbourne Marathon.

Compared to cycling, running is a very time-efficient form of exercise but in my case, as an inexperienced runner, the recovery required after each long run is greater than it would be with a comparable ride. And this has made it tough to keep up my riding.

I went into last weekend with a plan; I’d do a long run (15km) on Saturday and then back it up with several hours out in the Dandenongs on Sunday to stay ‘bike fit’ and to rack up some vertical metres for the Climb for Nepal challenge.

For those of you that haven’t heard of Climb for Nepal, it’s a fundraising effort designed to help those affected by the devastating earthquake(s) that rocked Nepal back in April and May. It’s being coordinated by my good friend and colleague Andy van Bergen, the founder of Hells 500 and Everesting.

There’s obviously a nice link between Everesting and Nepal and so Andy, in conjunction with Strava and charity group More than Sport, is challenging riders to rack up 8,848m of climbing in the month of June, with special rewards for anyone that does it one ride (an ‘Everesting’). The idea is that friends and family (or the rider themselves) will sponsor the climbing effort, with the funds raised being sent to Nepal.

After getting through Saturday’s run in good shape I headed out to the ‘Nongs on Sunday feeling fine and looking forward to getting some metres on the board. It took barely a kilometre of the 1 in 20 to realise that I had nothing in my legs and that I was in a for a bit of a grindfest.

I managed to scrap my way through 40km and 1,000m of climbing before my screaming ITBs told me it was probably best that I stop. The run the previous day had clearly taken its toll. 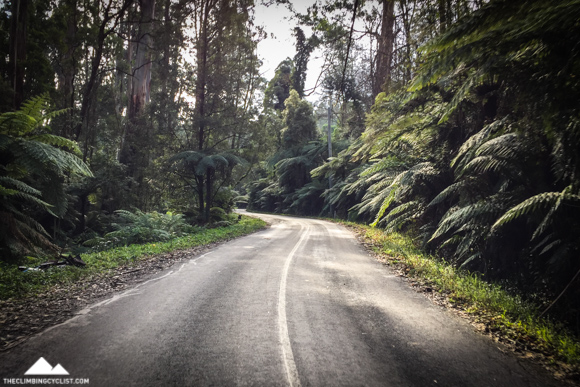 My challenge over the next few months is going to be finding a way to keep progressing with my marathon training while continuing to ride. It’s important to me that I keep riding, not only because I enjoy it immensely but because it’s important for my job at CyclingTips.

I’ve got a ride to do in Austria in a few weeks time for work that I need to be in decent shape for (tough gig, I know); there’s a gran fondo in Korea in August (postponed from next weekend due to the MERS outbreak); and, beyond work, I need to be fit for the 2015 Melbourne Dirty Dozen which, fingers crossed, will be held in September …

One thing I’ve learned in the past few months is a new-found respect for amateur athletes who train up for an ironman triathlon. Training up for a 3.8km swim, a 180km bike ride or a marathon is hard and time-intensive enough, let alone training for all three at the same time!

The complicating factor in this whole discussion, for me, is the issue of health. Those of you that have followed the blog for the past few years will know that I struggled on and off with a still-undiagnosed illness for the best part of 18 months. Thankfully I seem to be over whatever it was (touch wood) and I learned a lot along the way, not least the warning signs when I’m on the precipice of getting sick again.

When I get a few days of poor sleep or when I push myself too hard physically for several days in a row, I start to get fever-like symptoms (including cold sweats, aches and pains and nausea) and I feel as if I have no energy. I need to ensure I’m keeping a close eye on how I’m feeling and be ready to take a step back if I’m not feeling 100%.

Assuming all goes well though I’ll be pushing on with the marathon training while also doing everything I can do get as close to 8,848 metres of climbing by the end of June. Regardless of whether I reach that target or not I’ll be donating to what is a terrific cause and I’d encourage you to do the same. Congratulations to Andy and the folks at Strava and More than Sport for getting this off the ground.

Thanks very much for reading. Until next time, please stay safe out on the roads!

How do you fit cycling in around everything else going on in your life? If you’ve trained up for more than one sport at a time, how did you manage it? I’d love to hear your thoughts below.

17 Replies to “Cycling, running and life: trying to find a healthy balance”