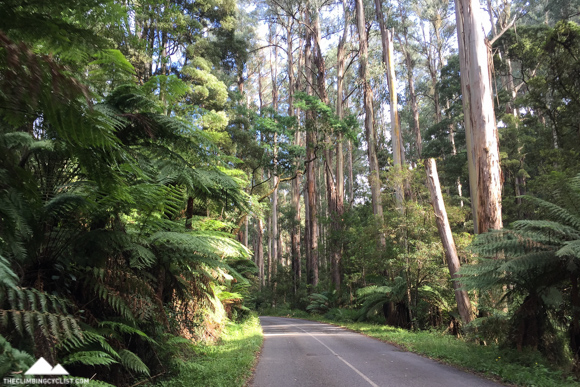 I’m embarrassed to say it’s been nearly five months since my last blog post here at The Climbing Cyclist. That’s a really long time, particularly given I was posting once a week for a long time there.

I’ve had quite a few people contact me to ask what’s going on with the site, whether I’m finished with it, whether I’ve been ill and so on. So I thought it was worth writing a bit of an update, to bring y’all up to speed and look at what might be next.

This post is going to be a bit of a grab-bag — a bit of an update about various things that aren’t necessarily connected. If you’re interested to hear more about a particular item, let me know in the comments below. Here goes!

So why haven’t I posted here in the past five months? The simplest (and most boring) answer is that I’ve been too busy.

Until last year, I was working four days a week at CyclingTips — Monday, Tuesday, Thursday and Friday, leaving Wednesdays as my “Climbing Cyclist day”. It was on Wednesdays that I’d write and publish blog posts and do other site-related stuff. Last year though, I moved to working five days at CyclingTips and it’s become increasingly difficult to write here.

I no longer have Wednesdays to work on the site, and while I could spend my evenings and weekends blogging — as I did in the early days — I find that after writing and editing all week for work (which I love), doing so on my own site feels a little bit like work and I just prefer to relax.

That’s not to say I don’t want to be posting here. It’s just a case of finding the time and the motivation; something I’ve clearly struggled with of late.

Of course the site still exists and the climb pages — the backbone of the site and the resource most people come to the site for — still exist. Despite the lack of fresh content, I’m still seeing roughly 1,000 page views per day on the site, so it’s great to see that so many people are still finding the content valuable!

Hopefully I’ll have more to write about as we move forward (read on below).

I've been working on another project

Another reason I haven’t been writing here is I’ve been spending plenty of time in the last few months writing and recording music. It’s something I’ve done on and off since high school and finally, just a few weeks ago, I finished my first EP.

If you’re interested, you can listen to all five tracks online for free here or via the embed below. Always happy to hear constructive feedback!

My riding has been sporadic and largely uninteresting

When I’m off doing exciting rides exploring the countryside, reconnecting with the past or even riding overseas, there’s plenty for me to write about. But when I’m doing 150km a week, most of which is made up of my commute to work, there’s not as much to blog about.

Here’s a brief summary of the most exciting rides I’ve done since my last blog post:

– The 2016 CyclingTips Giro della Donna – A stunning ride, very tough at the end.

– PBs on all three climbs on the Cadel’s Race circuit — I do love a short, sharp climb.

I mentioned in a blog post late last year that my CyclingTips colleagues and I were going to Bali for four days of riding. Here’s the feature that came out of that — one of the pieces I’m most proud of in my four years at CyclingTips. (Side note: I still hold the KOM for the Mt. Agung climb. Anyone up for a challenge?)

And then there was a great two-day hike I did in December with my dad Ron, my brother Brendan and his partner Anneka. You can check out the Strava files here and here.

The Aussie summer of racing was flat out

As you can see above I got a few rides in during the Aussie summer races, but not a whole lot. Normally I’d write about the riding I get to do in Adelaide at the Tour Down Under, but this year I managed a grand total of two rides that weren’t simply riding from our AirBNB to the race hotel.

One of the highlights of the summer was getting to travel around Victoria with the Jayco Herald Sun Tour, Australia’s oldest stage race. It’s only a small race, but with three-time Tour de France winner Chris Froome there and the race tackling some of the best roads in the state, I didn’t want to miss it.

My favourite parts of the race were when the pros tackled high-country ascents I was very familiar with, putting in some ridiculous climb times. For example, the race went up Falls Creek (from Mt. Beauty) on stage 1, a climb I once did in 1 hour 32 minutes with an absolute full-gas effort (thanks to some encouragement from now-WorldTour rider Brendan Canty).

The winner of stage 1 of the Sun Tour, Damien Howson, climbed Falls Creek in about 1 hour 1 minute (about 90 seconds faster than current Strava KOM holder Ian Bibby, who finished 12th on the stage.) That’s more than 28km/h average the whole way up. Insane.

It was Ian Bibby that also took the KOM on the beautiful but tough Myrtleford-Stanley Road climb on stage 2 of the Sun Tour. Just a lazy 29km/h on a climb that includes 3km at about 10%.

The pros truly are next level, and comparing ourselves to them can be a little demoralising. But it was just great to see some of the best riders in the world tackling roads that I know so well (and love so much).

A great month for my mate Nick

Speaking of strong riders tackling roads I love, my best mate Nick (who many of you will remember from previous posts on this site, including one about this amazing ride) has had a great month on some of my favourite climbs.

Nick’s been racing Masters C Grade in the Victorian Road Series and has had considerable success of late. He’ll admit he’s not a pure climber, but he can certainly pump out a lot of power when the road tilts up, as he showed at Mt. Buller and Mt. Baw Baw recently.

Coming into the final day of the Mansfield Tour — a stage from Mansfield to the top of Mt. Buller — Nick was about 1:30 down on the overall leader. He got to the base of Buller with the peloton, then rode away, picking up the remnants of the break, and going on to win solo by two-and-a-half minutes. It was enough for him to win the tour overall. And his effort on the climb? An impressive 45:50 at 357 watts (about 4.5 W/kg).

Then at the Mt. Baw Baw Classic last weekend, Nick put in another superlative effort in horrendous conditions, finishing second at the top of the brutal Mt. Baw Baw climb, in the snow.

Nick’s power meter wasn’t working for the final climb, but for those that are interested in what it takes to finish second at Baw Baw in Masters C Grade, Nick climbed the steep section of Mt. Baw Baw in 36:38 and Vesper Hill in 16:51.

Sure, Nick is just one of many riders plying their trade in local races but it’s been amazing to see a close friend reap the rewards of smart and dedicated training, particularly given he and his wife are still adjusting to life as first-time parents. He’s now been promoted to Masters B grade, and quite rightly too. Chapeau Nick!

So, what does the future hold for The Climbing Cyclist? Well, first and foremost, the site’s not going anywhere. The climb guides and all the existing blog posts will be here long into the future, as long as people are finding them useful. I’ll also be doing what I can to post more often.

One thing I do have coming up is a blog post about a recent bikepacking trip my youngest brother Ash and I did when he was visiting from London last month. I’m looking forward to sharing that one with you. Beyond that, it’s about the time of year that I start thinking about the Dirty Dozen and what that might look like. I’ll be aiming for September again, and will keep you posted as things unfold.

In the meantime, thanks for reading and I’ll speak with you again soon.

13 Replies to “Clearing out the cobwebs”