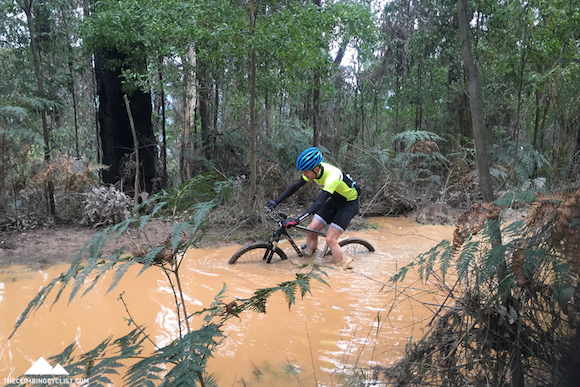 I remember standing in the carpark before the start of last year’s Ol’ Dirty, feeling totally out of place. I was one of only a handful of riders that had turned up on a mountain bike, on a ride were most were on cyclocross or even road bikes. But it took barely half an hour of the ride before I was more than grateful I’d opted for fatter tyres and suspension.

Going into this year’s Ol’ Dirty I was already leaning towards taking the MTB. But just to be sure, I asked ride organiser Andy van Bergen whether he thought it was doable on a road bike. His brief moment of hesitation was enough for me — it was time to wheel out the MTB again.

And boy am I glad I did.

It was a typically fresh morning in Marysville as riders started to arrive for the 2017 Ol’ Dirty last Saturday. By the time 9am rolled around, some 400 riders had gathered in the hotel carpark and were soon on their way, launching into a tough little climb straight off the bat. I was feeling my lack of fitness immediately, not to mention the weight of the hefty MTB. 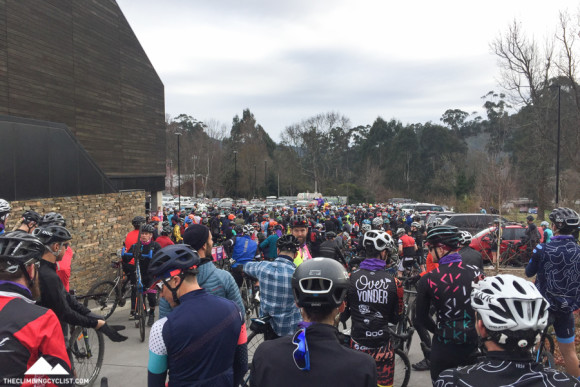 Gathered at the start in Marysville.

It was uphill for most of the first 7km of the ride, to the top of Mt Gordon — a rude awakening and a reminder that while the course was only 55km long, it would be anything but an easy roll around. But while the MTB had made the early climbing harder than it might have been, it wasn’t long at all before I was very thankful I’d chosen that option.

The descent off Mt. Gordon threw us into the first real single-track section of the day. Over the course of roughly 6km we descended narrow, muddy tracks, perfectly suited to a mountain bike. In fact, as I would find out later, they actually are downhill MTB tracks that have been used for various competitions over the years.

I certainly felt for the few riders on road bikes as I passed them by, me enjoying the descent, they descending gingerly. 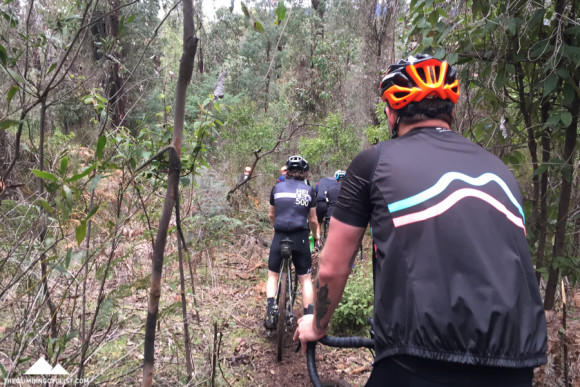 There was some heavy traffic on the early trails. Even at low speed, crashes were frequent.

In my mind a lot of the ride blurs together into one massive jumble of stunning single-track, the odd road section, and rutted out 4WD tracks replete with filthy mud pits. So many mud pits.

Some moments certainly stand out though …

I spent almost the entire day riding with my mate Nick, whom some of you might remember from adventures such as Bike Camp Revisited, Bikepacking the Otways or Bikepacking Grand Ridge Road. Nick, too, was on an MTB but unlike me, he wasn’t so worried about avoiding the big puddles out on course. At least to begin with …

On one early section of the ride, the path forked in two with a drier line on the left and an imposing puddle on the right. I went left and watched with great amusement as Nick went right … and quickly sank into a waterpit that nearly came to the top of his 29-inch wheels (see photo above).

I couldn’t stop laughing as Nick tried to extricate himself from that quagmire — no easy task when your wheels are stuck in mud and a good chunk of your bike is underwater!


The day was a thoroughly tiring one, not just because of the physical effort required, but because of the concentration the course demanded. Even on a mountain bike the soft, muddy tracks required constant vigilance to ensure I stayed upright. After all, when your fat, knobbly tires are caked in thick, gloopy mud, you might as well be riding 23mm slicks!

The closest I got to crashing was a couple of panic-unclip moments on that opening section of downhill single track. Other riders weren’t so lucky. I think in the space of one 10-minute section I saw perhaps half a dozen crashes. Most of them comical, low-speed crashes, but a couple at higher speed. Thankfully, everyone I saw come down seemed to be alright.

Even though it was the single-track sections that prompted most of the crashes I saw, these were the most enjoyable parts of the ride. Bombing down the slippery trails, weaving in and around the trees, surrounded by incredible scenery — it was a genuine treat. Andy did a great job to find some tracks that very few of the 400 people on the ride would have known about, let alone ridden before. 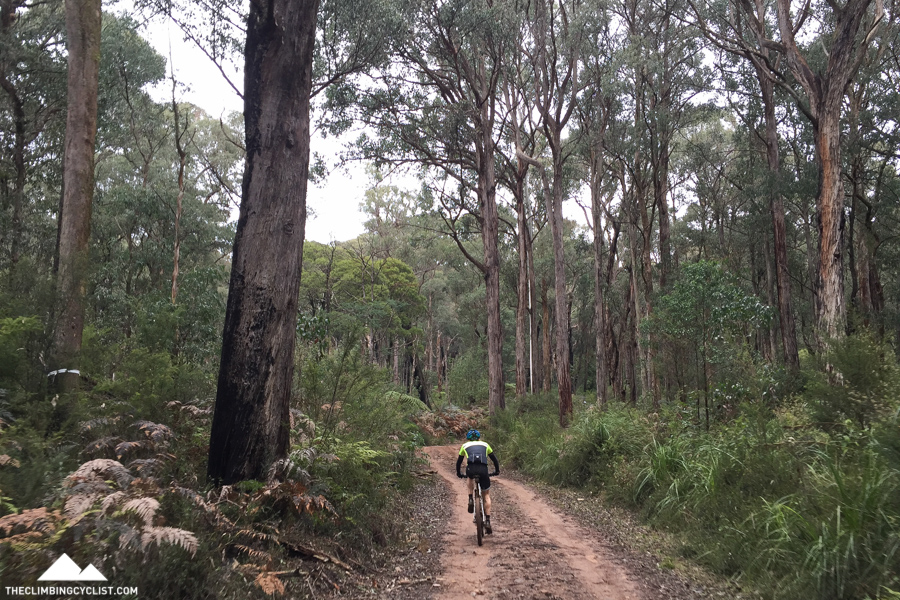 The scenery was amazing all day.

One of the highlights of Ol’ Dirty every year is the lunch stop, where the theme of the ride really becomes clear. The terrifying clowns out on course provided something of a clue, as did the Bertie Beetle showbag we were handed at the end of one particularly tough section. But it was when we rolled into lunch that the ride’s carnival vibe really came to life.

A jumping castle, fairy floss, fairground games — Andy and his wife Tammy had again gone to great lengths to create a spectacle out in the middle of the bush. Bizarre, but amazing.

There was a bit of a queue for lunch, the wait made less enjoyable by some cold, wet weather that blew through. But once they arrived, the burritos were very tasty. Nick and I wolfed down our lunch and saddled up, heading back towards the start/finish town of Marysville. 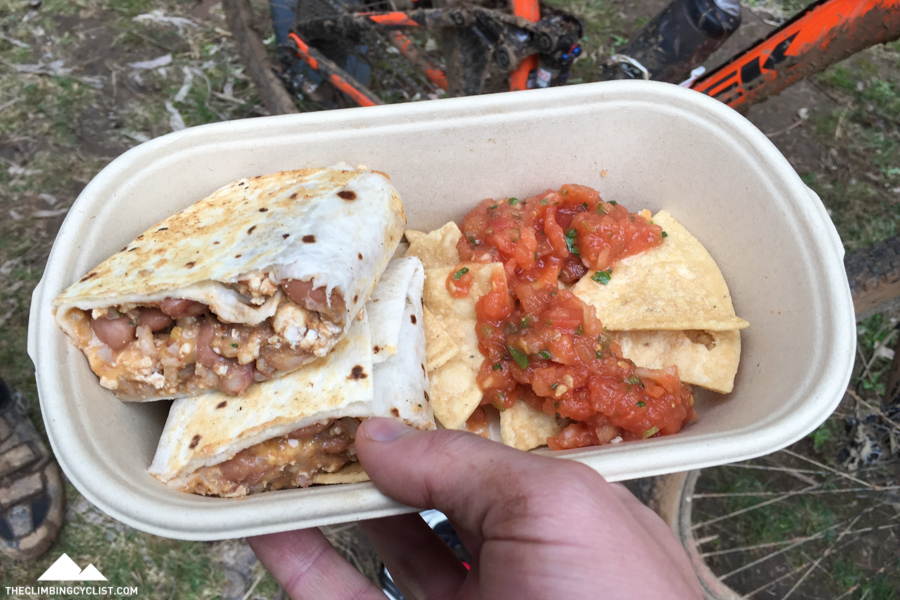 After another terrific section of single-track, Nick headed straight back to Marysville while I tackled the High Road. An Ol’ Dirty staple, the High Road is an optional climb that often sits somewhere between soul-destroying and flat-out impossible. Last year’s High Road was a walk of some half an hour; this year’s was much more rideable, but certainly wasn’t easy.

At over 8% for 3km, on a heavy MTB, and with thoroughly fatigued legs, it was a very slow grind. I was glad the views were so nice on the way up so I had an excuse to pull over and take photos. I was certainly struggling.

It started raining heavily as I got to Keppel Lookout at the top. And while the views over Marysville were sensational, I was getting cold and wet and I was keen to get to the finish. I rugged up and bombed down the way I came, before ducking down another sensational section of single-track to get back into town.

To say I was tired after Ol’ Dirty would be an understatement. What would already have been a tough day was made even harder by a complete lack of fitness on my part. It took me a couple days to recover but with the fatigue came a reminder of what an enjoyable day out it had been.

Ol’ Dirty is always one of my favourite rides of the year and the 2017 edition was no exception.

Some truly amazing photos and videos have emerged on social media from the ride, and I’ve included a selection here, along with more of my own photos from the day. 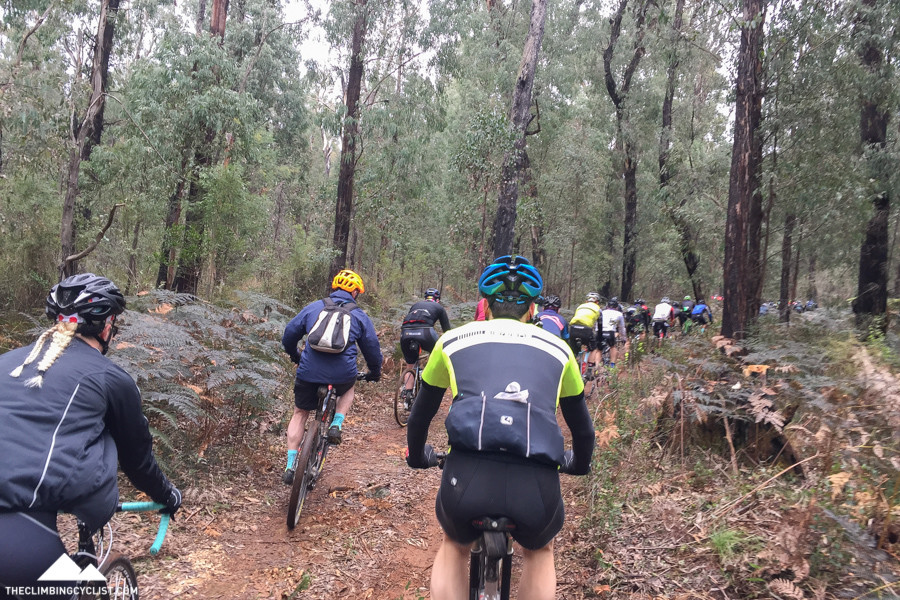 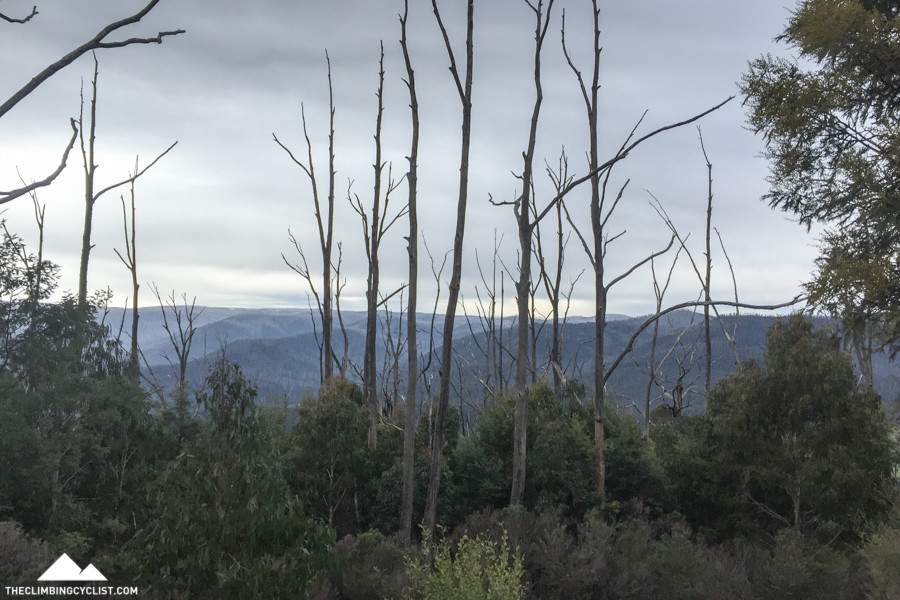 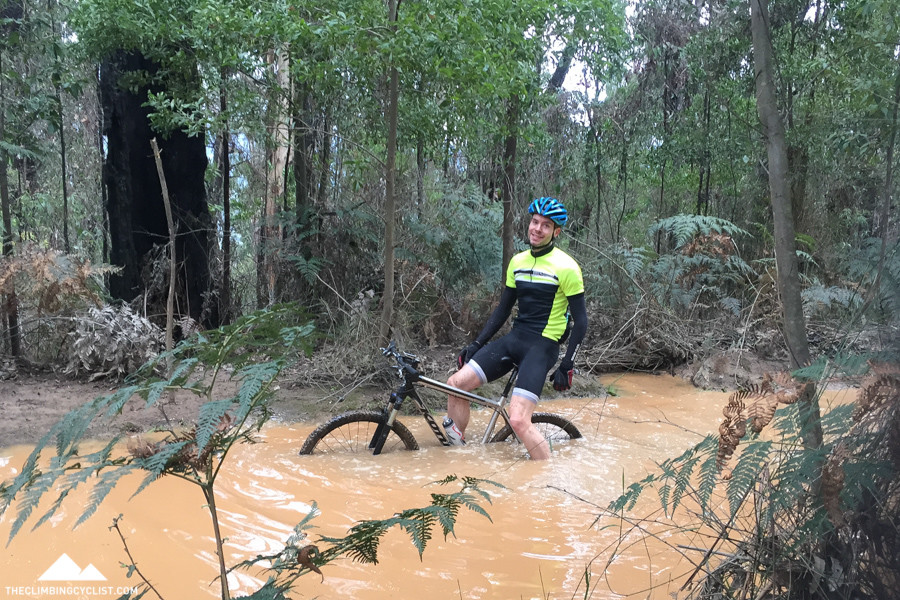 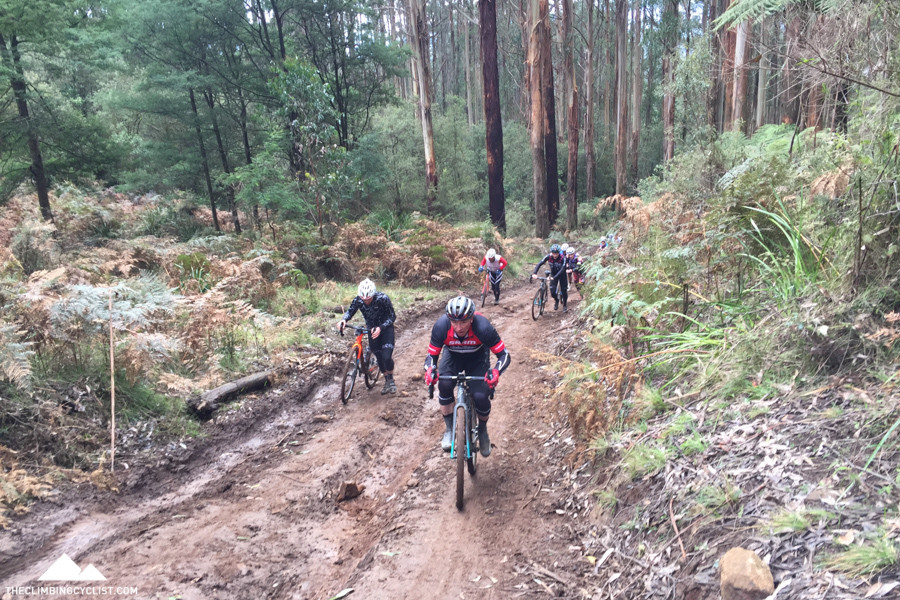 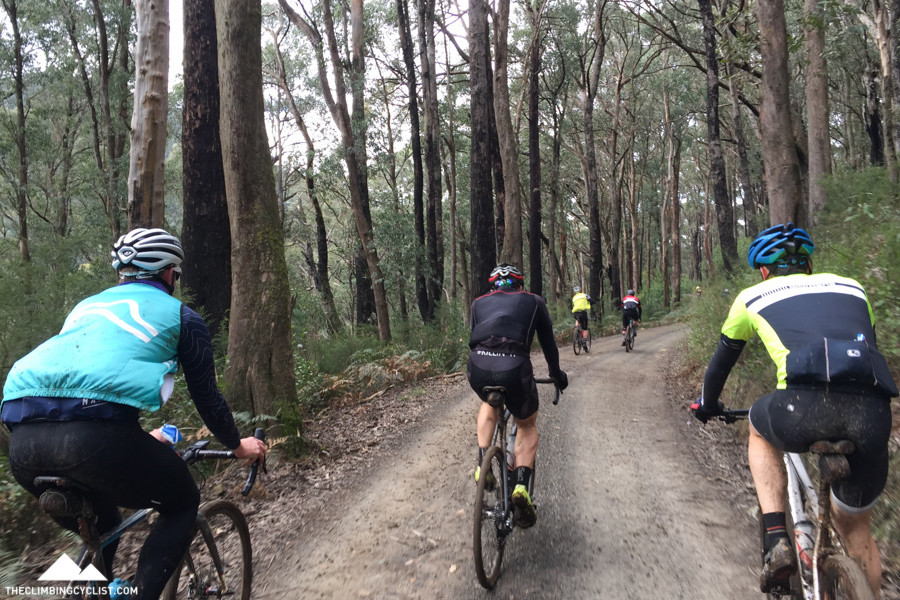 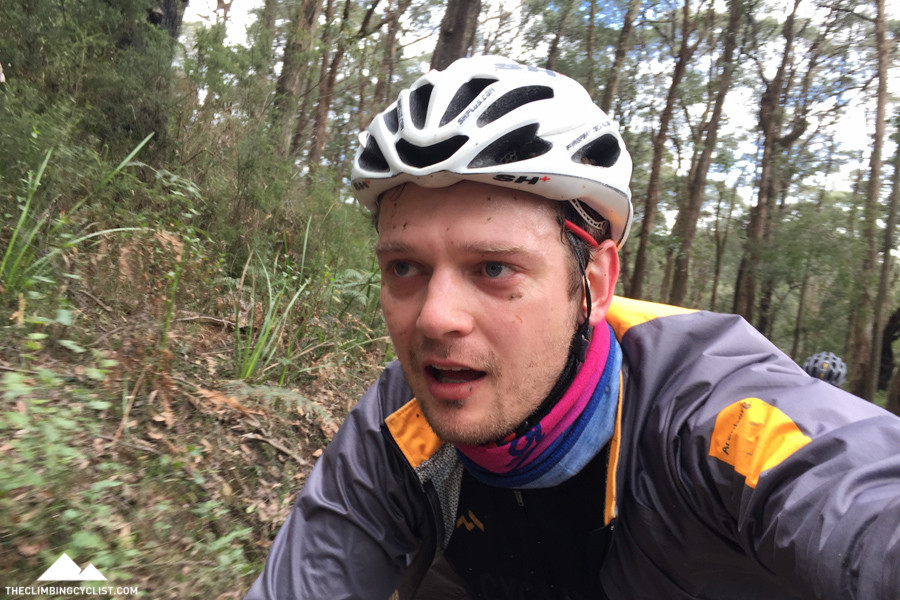 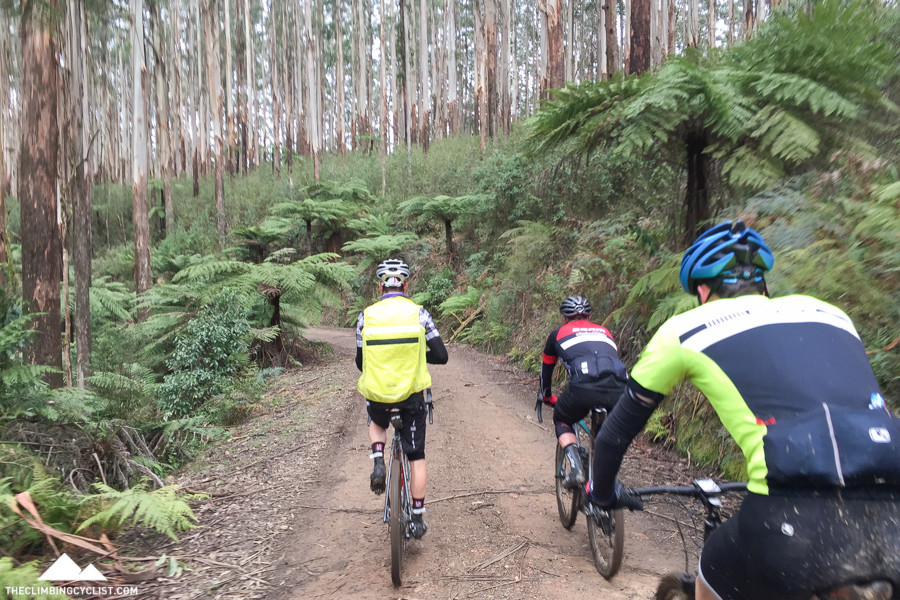 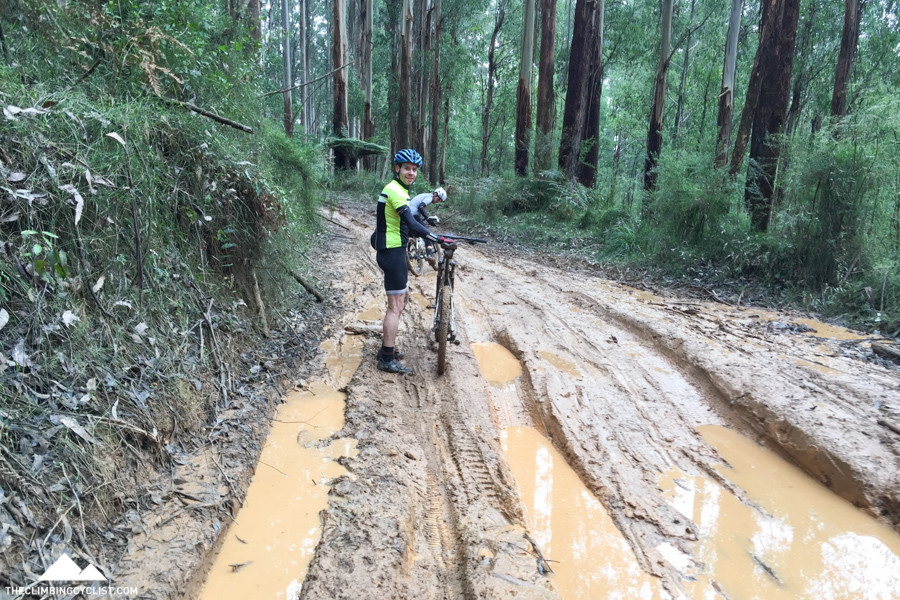 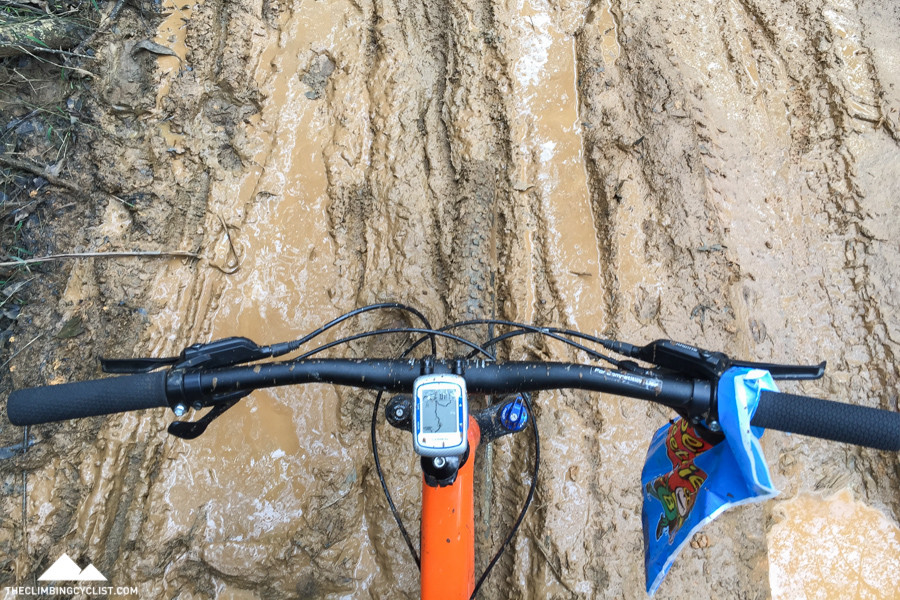 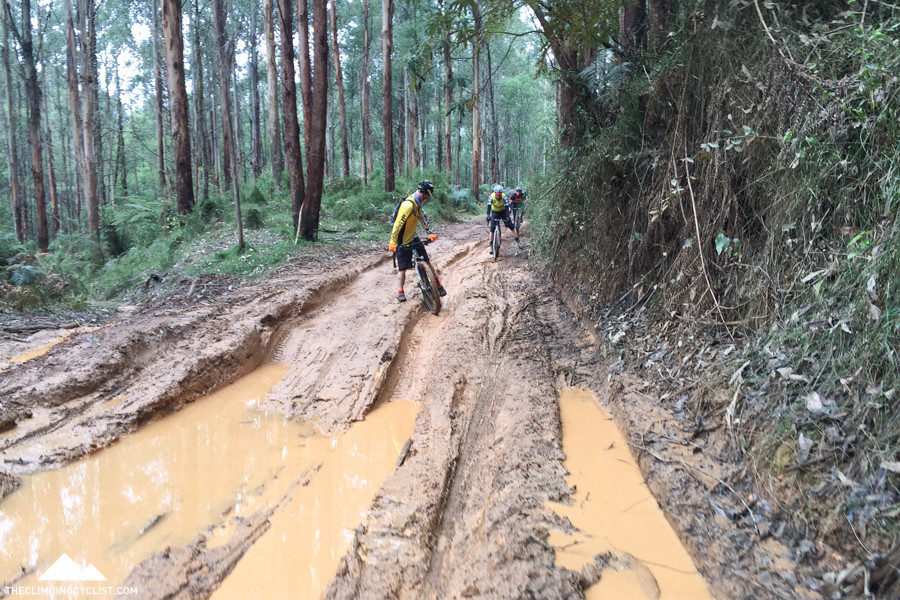 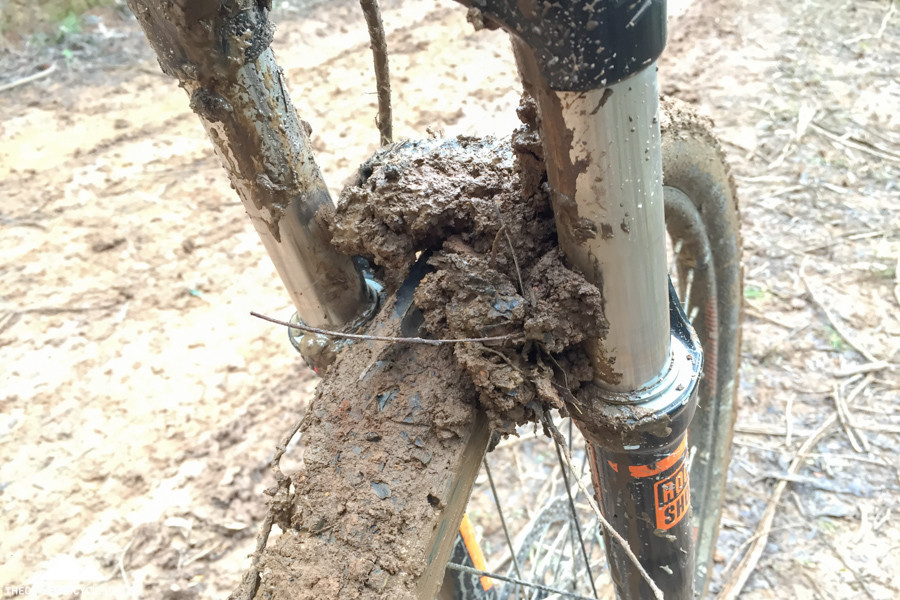 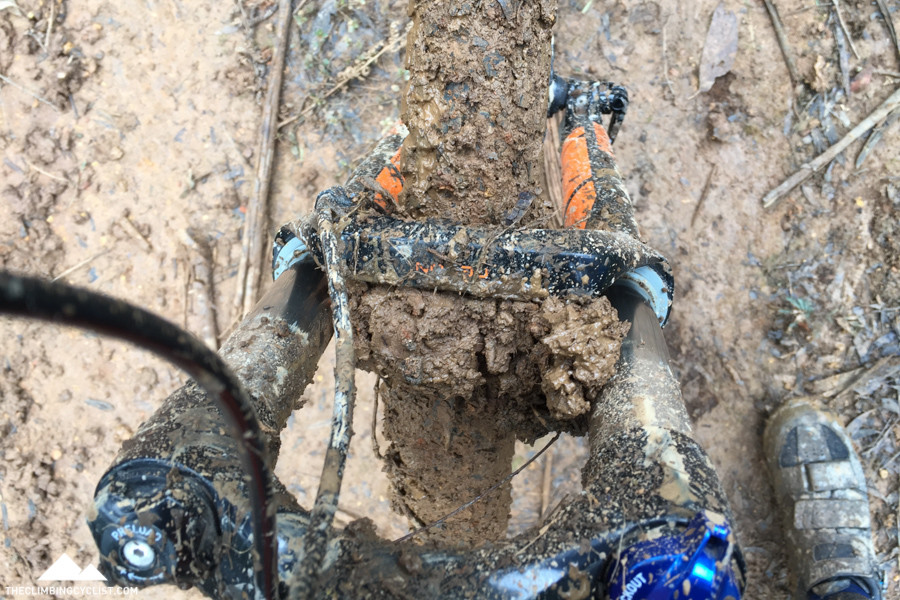 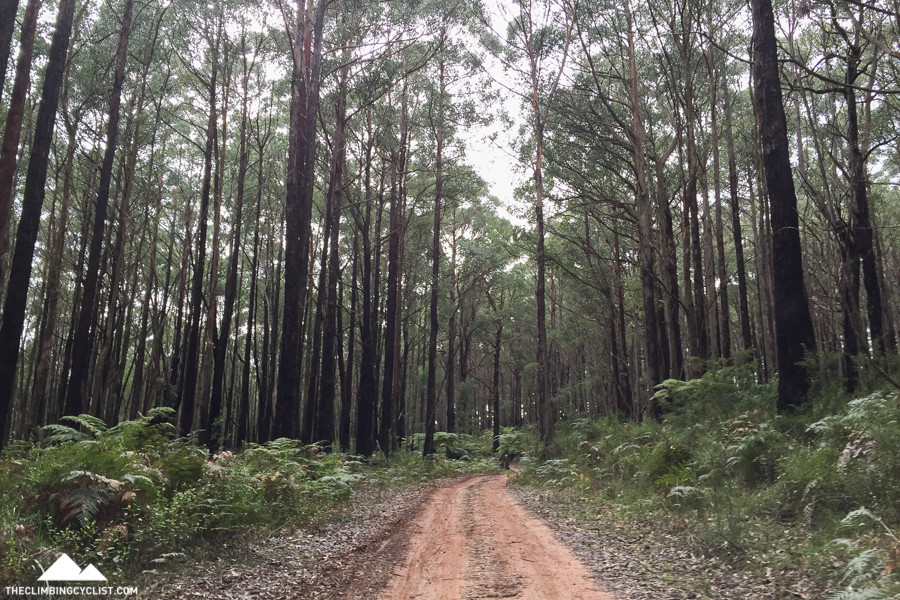 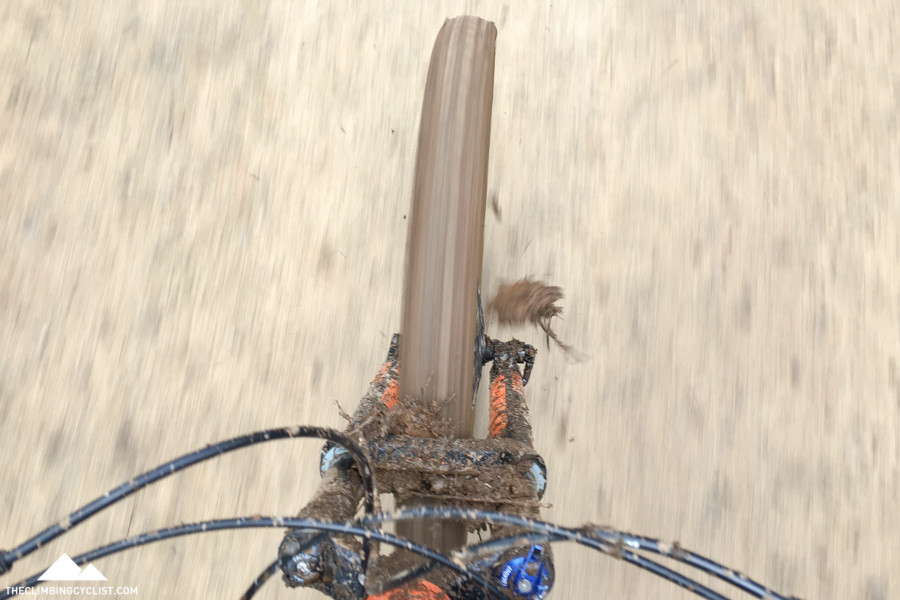 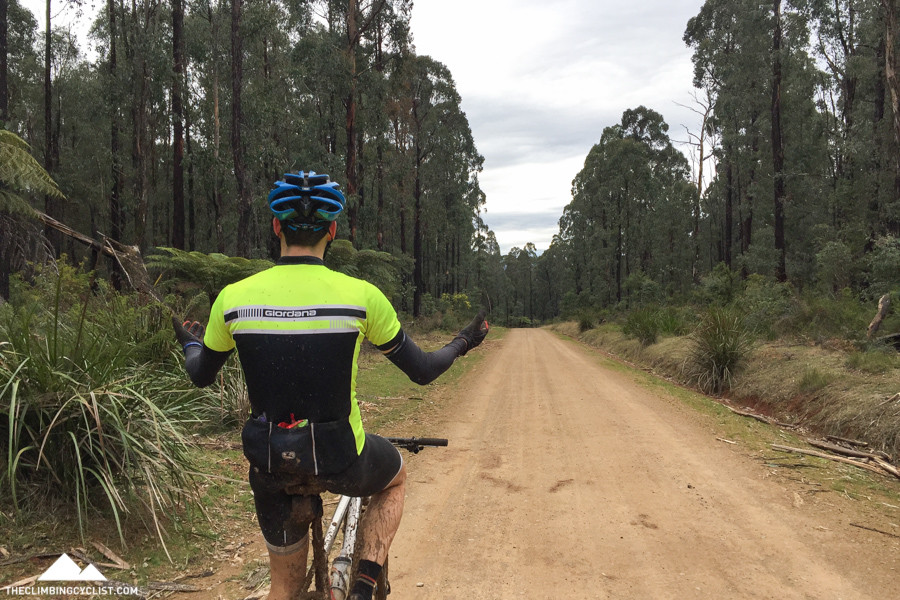 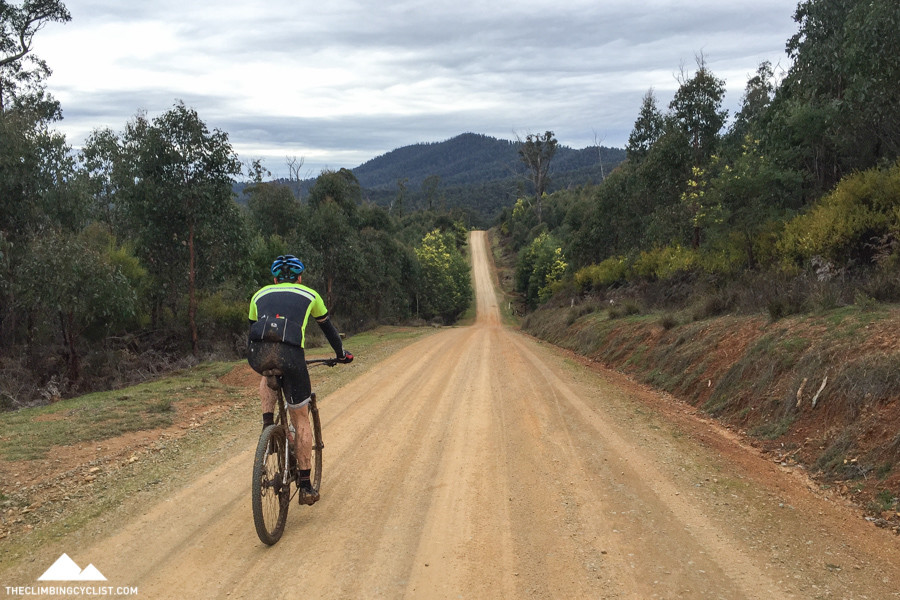 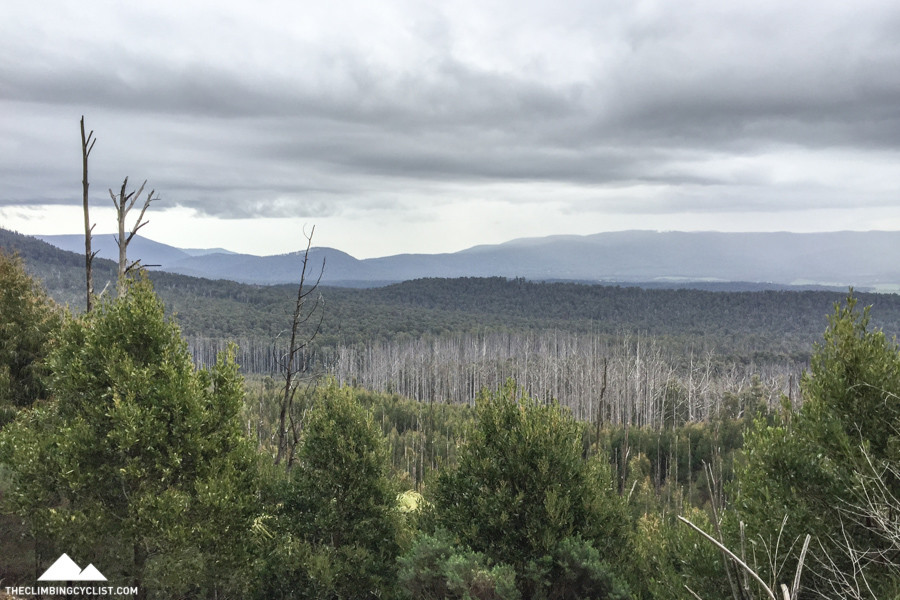 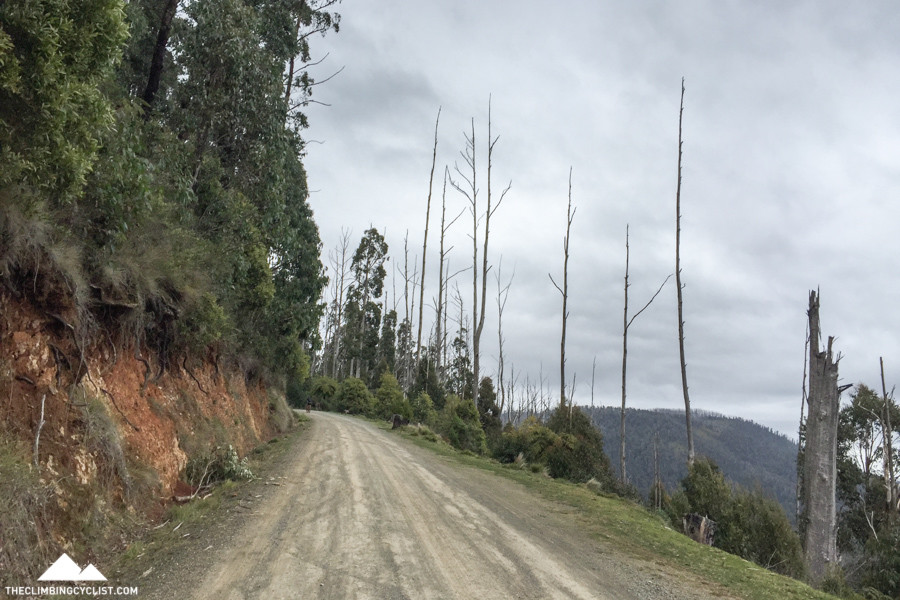 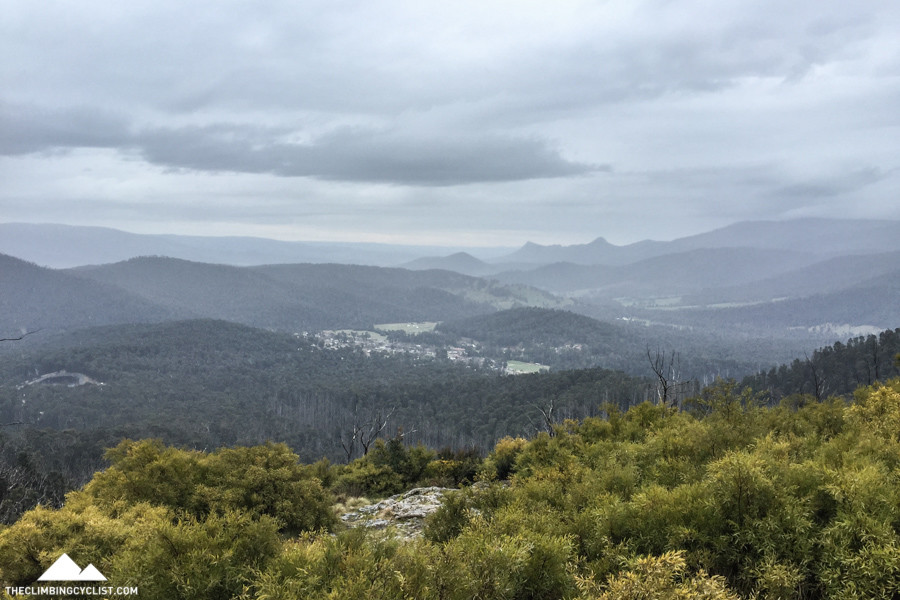 Click through for my Strava file from the 2017 Ol’ Dirty. For more photos from the day, check out this gallery courtesy of event photographer Riley Wolff.