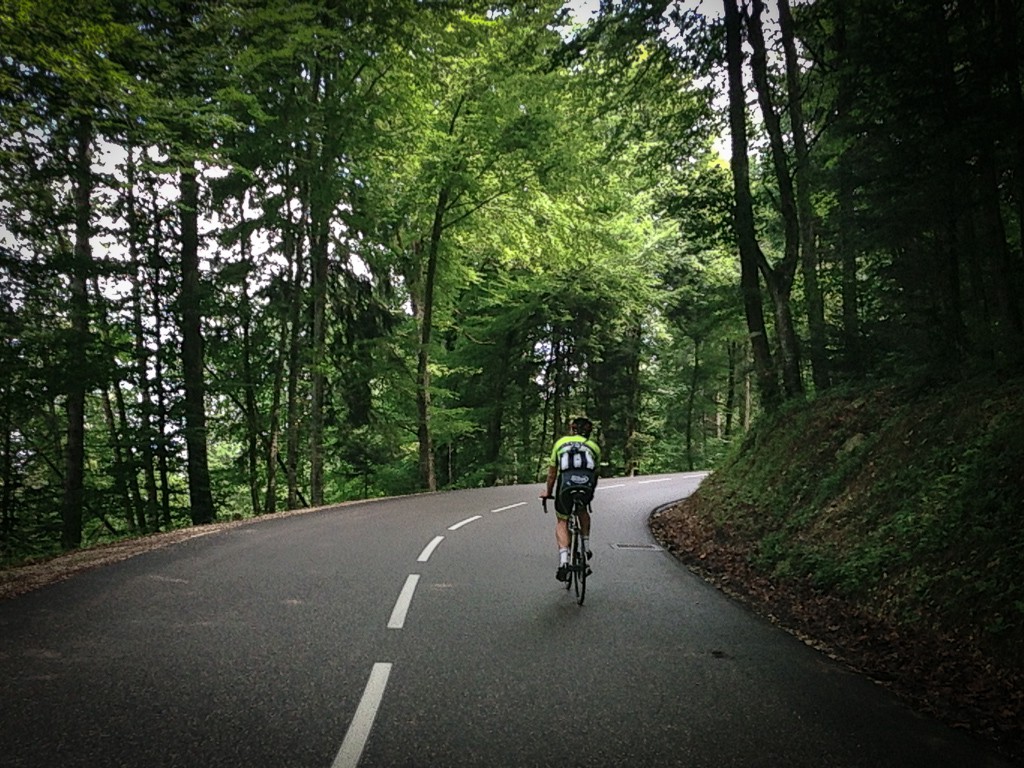 The 100th edition of the Tour de France ended last night and tonight is my last night in France. Before I jet back to cold, wet and wintery Melbourne I thought I’d share one last lot of photos and stories from my time away. For those that have come in late, I was in France to cover Le Tour for CyclingTips where I work as editor.

As well as following the last stages of the Tour de France I’ve managed to sneak in a bunch of rides in the past week. Here’s a quick description of each of those rides.

Alpe d’Huez is arguably the most famous cycling climb of them all and I was keen to ride it if I could. I got the opportunity on the morning of the day the race went up there twice, and it was a madhouse.

There were people swarming all over the mountain, even though the race was 6 hours or so away, and it was difficult to move forward at any more than about 7-8km/h. I could certainly tell that it was a tough climb, but given I wasn’t able to push myself (and I was carrying a backpack) I didn’t get a real sense of just how hard it is.

I climbed slowly through the crowds, drinking it all in and trying to savour the moment. Just after the village of Huez the gendarmes sent me off to the right, in the direction that the riders in the Tour de France would climb the mountain on the first of their two ascents.

That took me to the summit where I laid down in the grass in front of a big screen, had a much-needed snooze, then watched the race come past and then on the big screen.

There was a great buzz on the mountain and a shedload of people which was great. Until we had to descend.

If it had been busy on the way up then the way down was just out of control. I was on the brakes the whole way down, trying to pick my way through the pedestrians, fellow cyclists, police cars, the advertising caravan and anybody else that wanted to be on the road. It was a madhouse.

I got to the bottom with my hands and forearms in great discomfort from the braking but I wasn’t too worried. I’d spent the day on one of the greatest mountains in cycling folklore and the crowds were just a part of that.

A couple days later Wade (my boss at CyclingTips) and I rode with our Bikestyle Tours group on a lap of the stunning Lake Annecy. The blue waters of the lake reminded me of the lakes in New Zealand — that is, truly stunning.

After reaching the gorgeous town of Annecy Wade and I peeled off from the main group (who were completing a lap of the lake) and headed towards the small town of Quintal. Our destination was the ski resort of Semnoz and we were getting there via the same climb that the riders in the Tour de France would finish with the following day.

For those of you playing at home, the Semnoz climb was where Nairo Quintana attacked from the group he was in with Chris Froome and Joaquim Rodriguez, winning the stage.

The climb is about 10.5km at about 8.5% and it was certainly challenging. Climbs of that gradient seem to be the norm over here and it takes a bit of getting used to.

But both Wade and I were happy to take it easy and enjoy the build-up to the following day’s stage (there were plenty of people camping by the roadside already). Despite being hot in the valley it was reasonably chilly and starting to rain at the top so we didn’t stick around long.

Wade had bumped into a couple of mates of his so the five of us descended into Annecy for lunch before going our separate ways.

On the ride back from Annecy to the car, along the western shore of Lake Annecy, we saw a dirty great big storm rolling our way. Sure enough, a little while later it rolled over and absolutely dumped down on us. We tried sheltering in a bus stop for a while but eventually we had to move.

We got soaked through but I’ll certainly remember that ride … if for no other reason than Mr CyclingTips himself forgot to bring a rain jacket while in the French Alps. As he said himself “rookie mistake!”

Earlier in the day that the riders hit the Semnoz climb (stage 20), they also rode over the Mont Revard 1st category climb (Jens Voigt was on a solo break and took the KOM points). We rode the climb on the morning of the stage.

After passing through hundreds of people on our way to Mont Revard a handful of us continued on to the lookout just beyond the summit which had terrific views of Aix-les-Baines, the town where we staying, and the nearby lake.

After making it to the summit we headed back down into Aix-les-Baines to watch the race on TV.

After a train trip up to Paris on the morning of the final stage, a handful of us Bikestyle Tours riders headed out for a cruisy spin around the streets of Paris. It was probably one of the slowest rides I’ve ever done, thanks to an abundance of traffic (even on a Sunday), road closures due to Le Tour and seemingly endless traffic lights.

Still, it was a great couple hours on the bike and a great way to finish off the trip.

It feels like a lifetime ago that Wade and I stepped off the plane in Hong Kong and started our five-week adventure. And at times the Tour de France felt like it was never going to end. But then, in the final week, everything seemed to speed up and before we knew it the race was over.

It was a great privilege to be able to head overseas for five weeks for work and I had an amazing time. I got to get closer to the Tour de France than I ever would have thought possible, and I think Wade and I did a great job of covering it.

There are many things I didn’t realise about the Tour just by sitting and watching it at home; things that became obvious by being over here. For one, the Tour de France is so much more than a bike race. There are nearly 5,000 people involved in putting the event together on a daily basis and the whole thing is one giant circus that uproots itself every day and moves around France.

When you get down into the technical zone and see all the broadcast trucks and other vehicles you realise just how big a job that is … particularly when you throw Corsica and two 500km+ transfers in the mix.

It’s probably been the busiest five-week period of my life but I’ve been lucky to get in much more riding than I thought I would. Here’s what I managed:

Thanks for following the journey and I look forward to speaking to you all again from Melbourne soon. Before then, see below for a selection of photos I’ve taken since my last blog post. And see the list below for the other posts I wrote while on the trip. 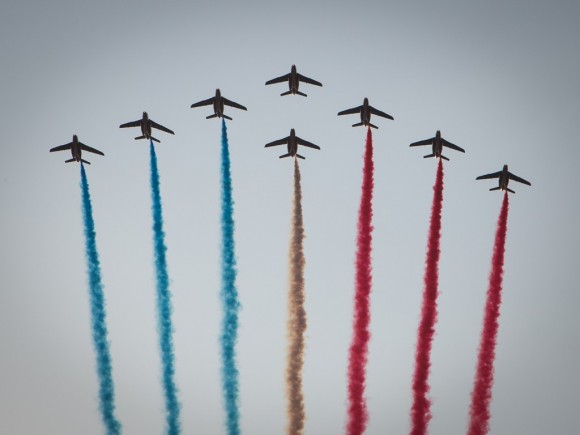