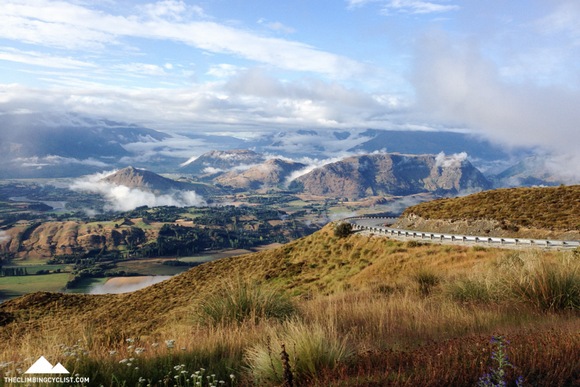 With Christmas just around the corner and 2015 rapidly winding to a close, I’ve found myself reflecting on the year that’s been. For me personally it’s been a quieter year on the bike – I’ve averaged less than 100km a week for the whole year, largely due to training for the Melbourne Marathon — but when I look back, there’s still been plenty of memorable moments that I’ll long remember.

So, for those of you that are interested, here are some of my favourite rides from 2015 and the blog posts (and videos) I created as a result:

A return to Adelaide for the Tour Down Under gave me the chance to do some awesome climbs in the nearby hills. The Adelaide Hills really are a road cyclist’s playground!

The final event in the 2014/15 Domestique 7 Peaks Series and a great day out on arguably the hardest of all seven climbs.

The first of many great rides on New Zealand’s South Island. Christchurch has an amazing selection of climbs just minutes from the city, some of which I sampled on this ride. (Includes video)

Riding through rainforest near the coast, between glaciers. Must be New Zealand! (Includes video)

A surprisingly tough little climb just out of Queenstown. My second visit. (The feature image on this post is from Coronet Peak)

There’s just so much great riding to explore near Christchurch. In two visits I barely scratched the surface.

For years I’d been planning to go to the Snowy Mountains. In March I finally did. This first ride was amazing, but very very hard. (Includes video)

A ride and then hike to the highest point on the Australian mainland. Truly memorable. (Includes video)

Exploring Kinglake: Bowden Spur and other new roads – May 20

There are any number of great climbs around Kinglake just begging to be explored. Bowden Spur is a tough beast but well worth checking out. (Includes video)

The fourth edition of the Melbourne Dirty Dozen, an event I organise with David Blom. A terrific day out in Warburton in what turned out to be perfect conditions.

My latest bikepacking trip with my mate Nick. Three days of riding through West Gippsland on some truly magic roads.

The first of the Domestique 7 Peaks Rides for 2015/16. Our biggest event ever. Amazing.

Normally at this time of year my good friend Andy and I are dashing about trying to get everything organised for three days of Domestique rides in the High Country between Christmas and New Year. It certainly feels strange not to be doing that this year and I know we’ll both miss being up there. But as I wrote back in October, there are good reasons why it’s just not possible this year, as much as we love doing it.

We’ve heard that quite a few of you are still heading up to Bright between Christmas and New Years anyway and we couldn’t be happier about that. It’s an amazing part of the world and riding in the mountains at that time of year is something special.

For me, I’ll definitely be getting out on the bike between now and New Year’s Eve, if only to burn off those inevitable Christmas calories. I’ll almost certainly stay closer to home than I have done in previous summers but I’m looking forward to riding in the Dandenongs and elsewhere around Melbourne — something I’ve done significantly less of in 2015 than in previous years.

In closing I’d just like to say a big thank you to everyone that’s visited The Climbing Cyclist in 2015 — your support and interest is greatly appreciated and I hope you’ve found some inspiration or useful information within these pages.

Have a fantastic Christmas and New Year with family and friends and I look forward to speaking with you again in 2016!

What were your most memorable rides in 2015? And what are you hoping to achieve on the bike in 2016? Let us know in the comments below.